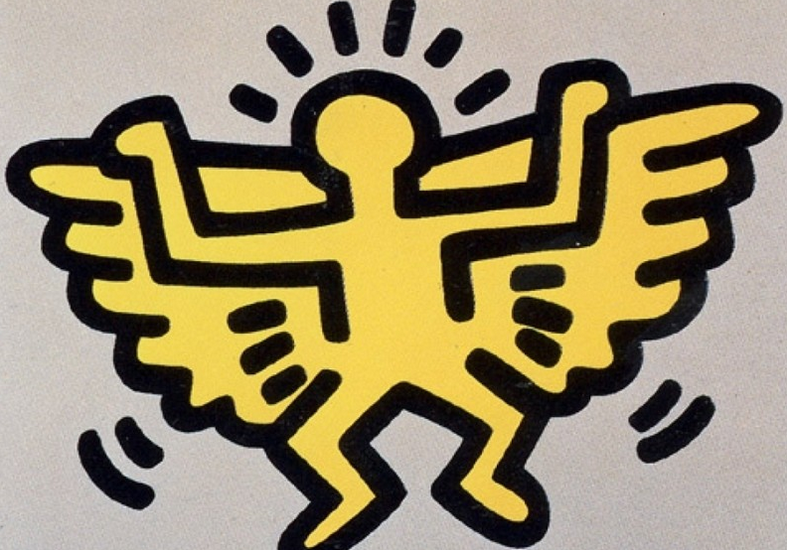 Angel  Baby from the Keith Haring Icons series. Created by the artist in 1990 this is an unique piece that captures Haring’s classic style.