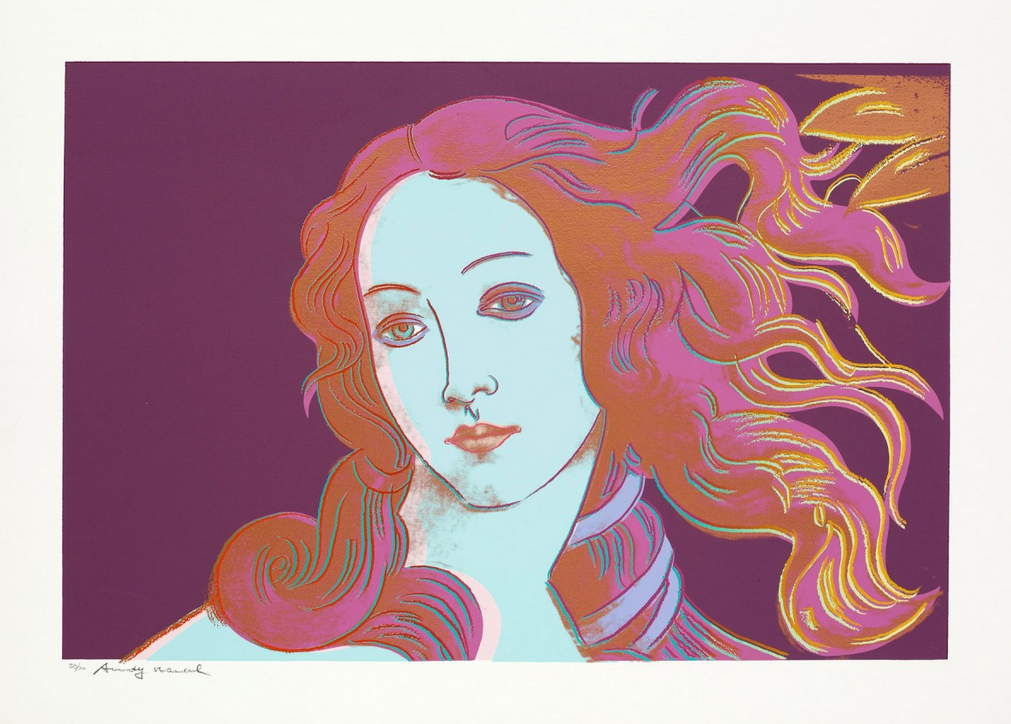 Birth of Venus 317 by Andy Warhol

Birth of Venus 317 by Andy Warhol

Birth of Venus 317 by Andy Warhol is from a portfolio of four screenprints of Botticelli’s goddess of Venus on Arches Aquarelle paper by Andy Warhol.