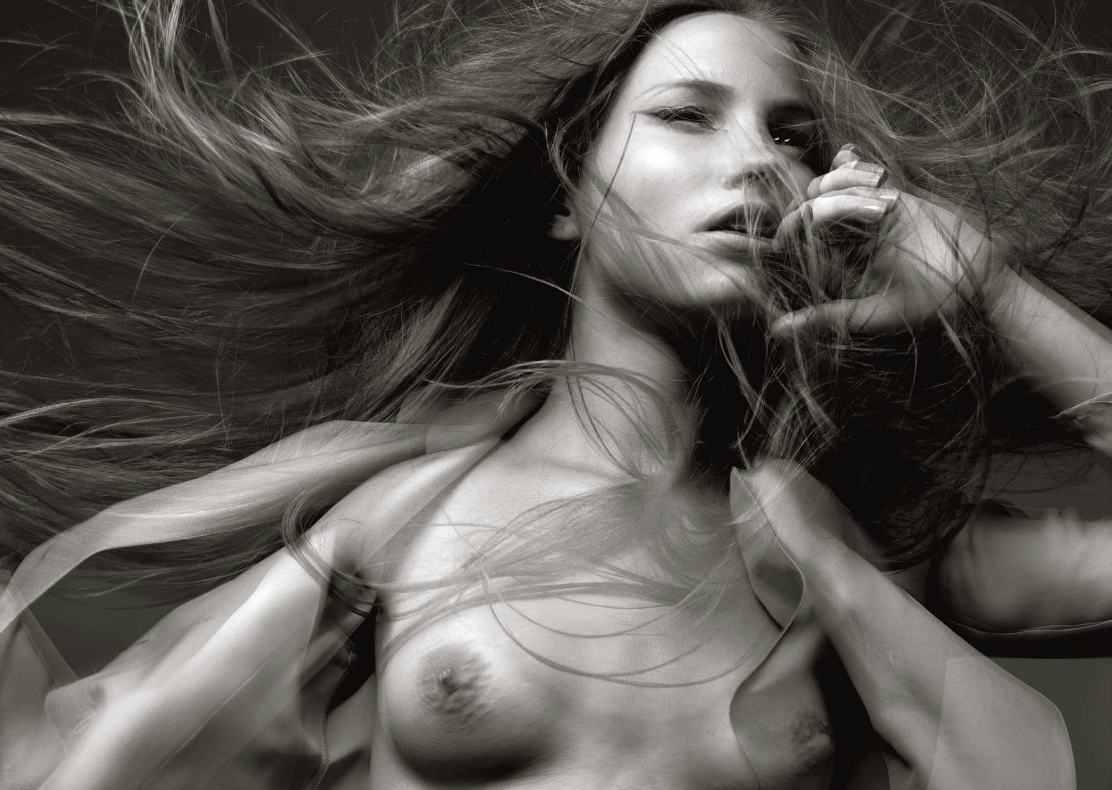 The Women series is a collection of artistic photographs featuring celebrity figures. Intimate and direct, the viewer is confronted by the assertive demeanor presented through the central composition and neutral background. The passive woman of traditional fashion portraiture is replaced by an iconic image of the modern woman.