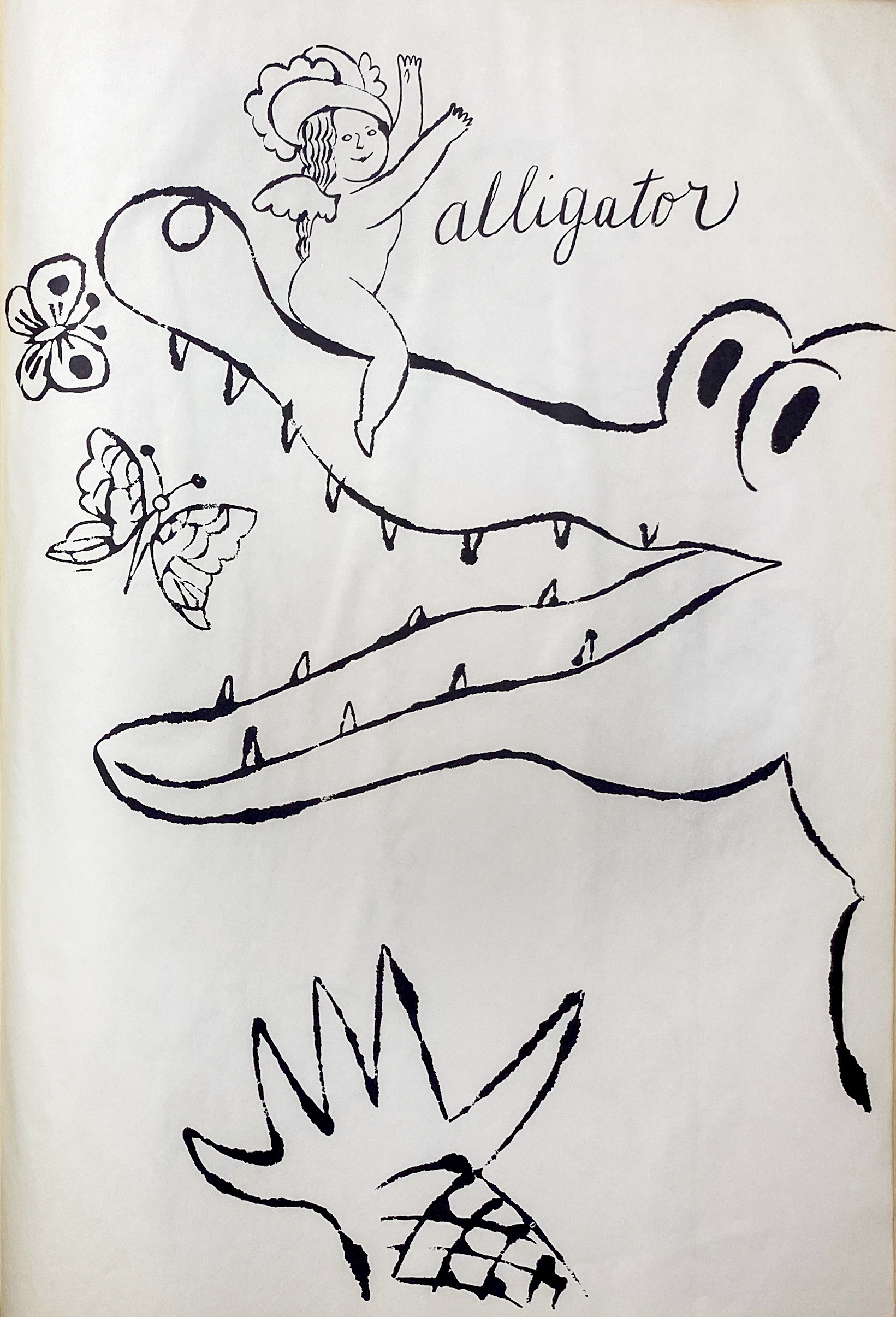 Alligator, from The Wonderful World of Fleming-Joffe by Andy Warhol

Alligator, from The Wonderful World of Fleming-Joffe by Andy Warhol

Fleming-Joffe was a small leather-goods company for whom Warhol created advertisements from 1958 until 1963/4. One of the owners, Teddy Edelman, recalled: “He walked in, we loved his work, and we hired him”. Known for their intriguing use of dyed reptile skin, Warhol transformed the company’s image with captivating illustrations for each product line. He also hand-painted a canopy for one of the company’s showrooms and began a series of illustrations, based on a character called ‘Noa the Boa’, for a short film (which was unfortunately never produced) to be shown at a highly-coveted fashion-award ceremony.

For more information on work like Alligator, from The Wonderful World of Fleming-Joffe by Andy Warhol, contact info@guyhepner.comcreate new email.