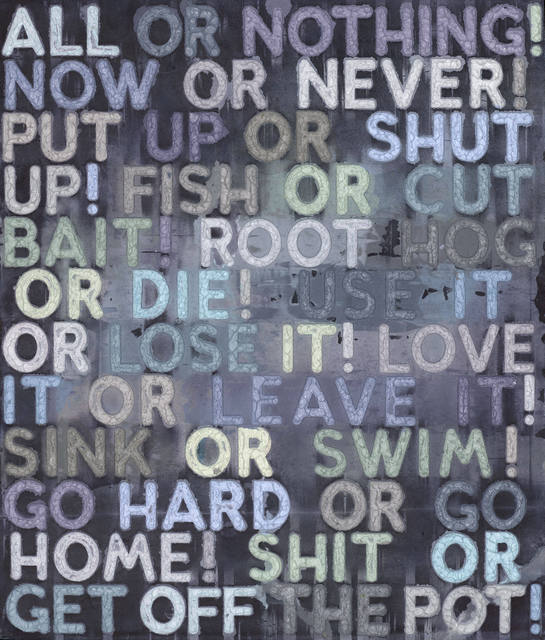 All or Nothing by Mel Bochner

All or Nothing by Mel Bochner

“In my paintings on velvet, the paint is delivered indirectly to the surface. First, a computer-controlled laser engraves the text into an acrylic sheet, which will serve as a printing matrix. Then, letter-by-letter, the words are hand-filled with pure oil paint, sometimes up to a pound per letter. Finally, the velvet is laid face down on the plate, placed in a hydraulic press, and subjected to 750 tons of vertical pressure. The text, like life, bleeds out to the edge of the frame, leaving us with nowhere to go except in.”