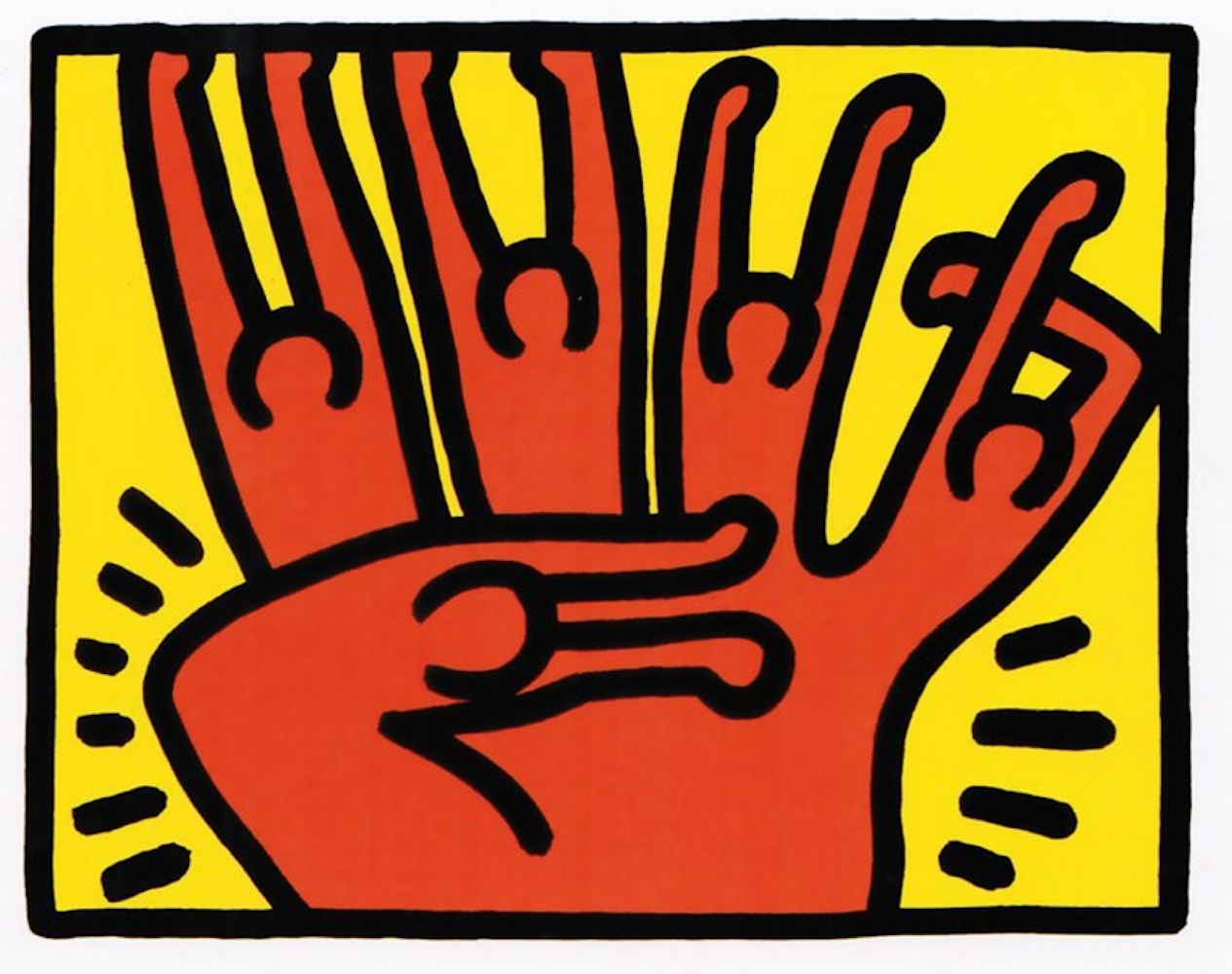 Pop Shop VI by Keith Haring is a suite of four silkscreen prints on paper created by Keith Haring in 1989. These four prints by Keith Haring are each available in editions of 200. Keith Haring is recognized for his exclusive use of black and white, and typical use of primary colors, the figures were simplified, and easily recognizable as his. They formed glyphs that could be read, like an urban, tribal language.