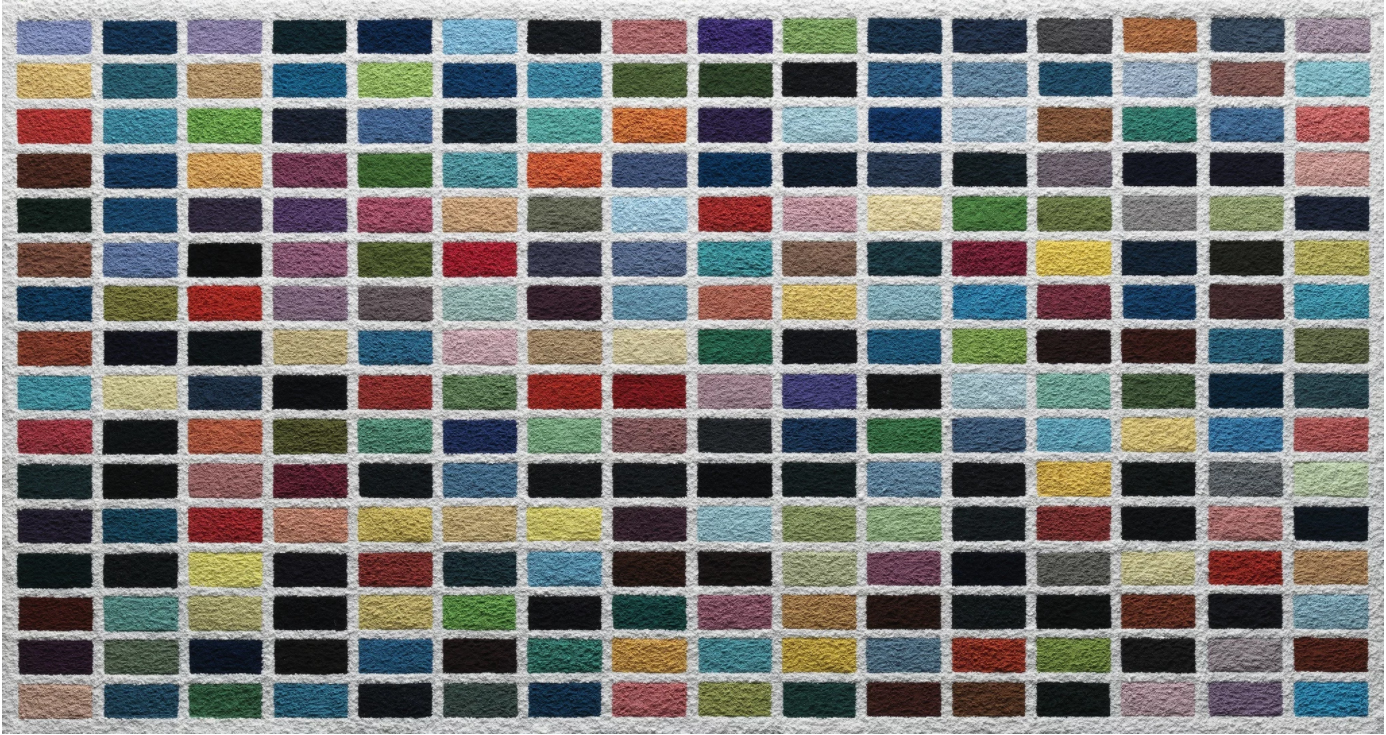 256 Colours, after Gerhard Richter (Pictures of Pigment) by Vik Muniz

256 Colours, after Gerhard Richter (Pictures of Pigment) by Vik Muniz