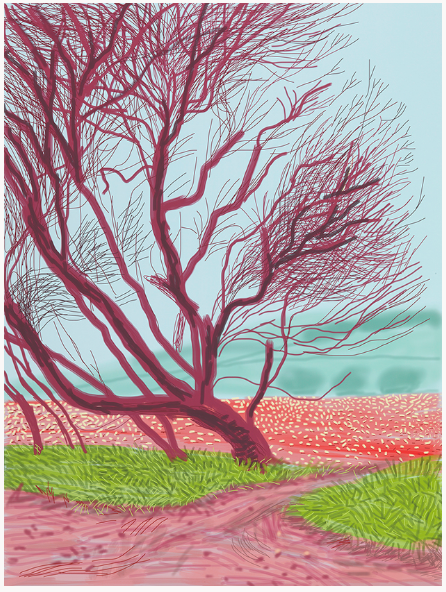 12th April, From The Arrival Of Spring In Woldgate, East Yorkshire, 2011 by David Hockney

12th April, From The Arrival Of Spring In Woldgate, East Yorkshire, 2011 by David Hockney

12th April, From The Arrival Of Spring In Woldgate, 2011 by David Hockney

For more information on work like 12th April, From The Arrival Of Spring In Woldgate, 2011 by David Hockney, contact info@guyhepner.comcreate new email.