Contemporary artists like Alex Katz, Julian Opie, and David Salle, create dynamic portraits from subjects they encounter in their everyday lives. The painters adopt a voyeuristic perspective, capturing moments from sidewalks, faces in a crowd, and some of the people closest to them. Taking elements from Pop art, they copy and reimagine their subjects while maintaining the detached attitude that characterizes the genre. The artists are able to obscure the figures in their portraits without losing the familiarity of the scenes and subjects themselves. 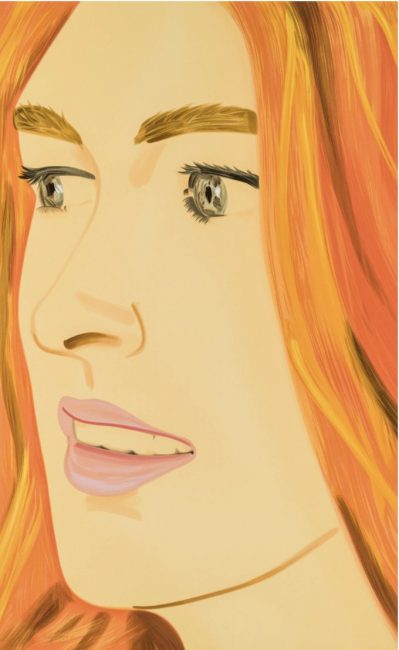 Alex Katz’s portfolio is full of extreme closeups, landscapes from his home state of Maine, and most notably, his wife Ada. In his early days, he recalls drawing inspiration for his portraits by studying the faces of passengers on the subway. He utilizes flat surfaces and a minimal aesthetic, highlighting only the key features so the subject is recognizable. While some of his pieces accentuate minor details like eyelashes and strands of hair, he upholds the illusion of a pristine canvas by flattening other subtleties and textures. 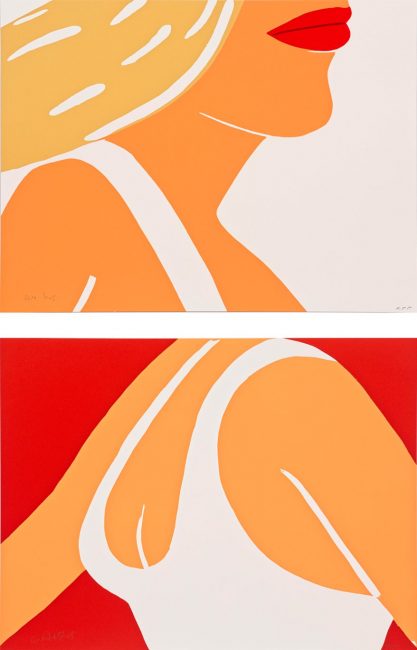 The influence of Pop art is most notable in his Coca Cola Girl series. Katz paints his subject in a minimal color palette, using negative space to contour the face and body. The figure is never seen in full view. Instead, Katz comprises the sum from multiple shots and glimpses. The model is repackaged in a familiar way, resembling a billboard or scene from an advertisement. 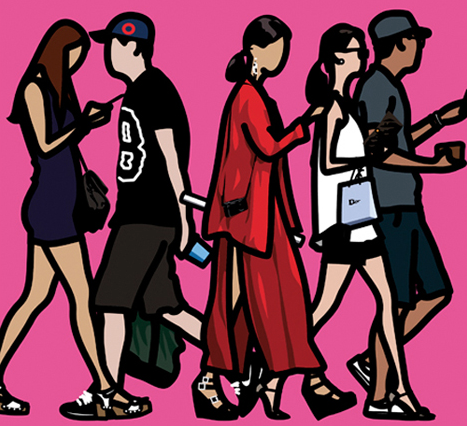 Walking in Sinsa-Dong by Julian Opie

Julian Opie pulls subjects from the streets of various cities he visits. The subjects are then recreated through distinguishing features like their clothes, accessories, and gait. Opie further removes his subjects from the everyday setting by casting them in solid backgrounds and thick outlines. He expertly balances the general and specific, capturing the essence of a bustling city using only color and geometric shapes. 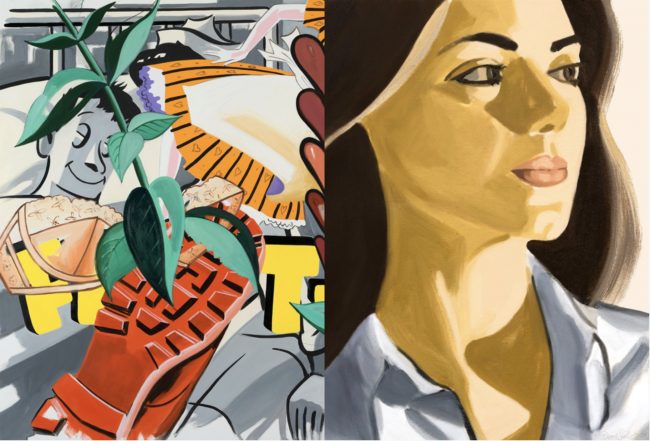 Verdiana with Hearts by David Salle

David Salle combines realistic portraits with cultural references and elements of everyday life. He uses a split-screen effect to enhance the divide between art styles and subject matter. The viewer can recognize the scene Salle creates in comic-style graphics, along with the interruption of still-life objects like plants, clothing, and housewares. Salle is unapologetically aware of the “rules” of high art he is breaking. His work shows the divided mind of the artist; one side giving in to the hierarchical call for order, and the other confronting it as a manmade concept and calling it into question. In this way, he captures the true reality of daily life: one that masks chaos with everyday activity.