Portraits by Picasso, Warhol, and Wesselmann

Portraits by Picasso, Warhol, and Wesselmann

Portraiture is a very old art form going back at least to ancient Egypt, where it flourished from about 5,000 years ago. Before the invention of photography, a painted, sculpted, or drawn portrait was the only way to record the appearance of someone. But portraits have always been more than just a record. Portraits have long been a recognized style in art utilized by artists to capture themselves, the world around them and earn money from wealthy patrons. They have been used to show the power, importance, virtue, beauty, wealth, taste, learning, or other qualities of the sitter. Portraits have almost always been flattering, and painters who refused to flatter tended to find their work rejected. 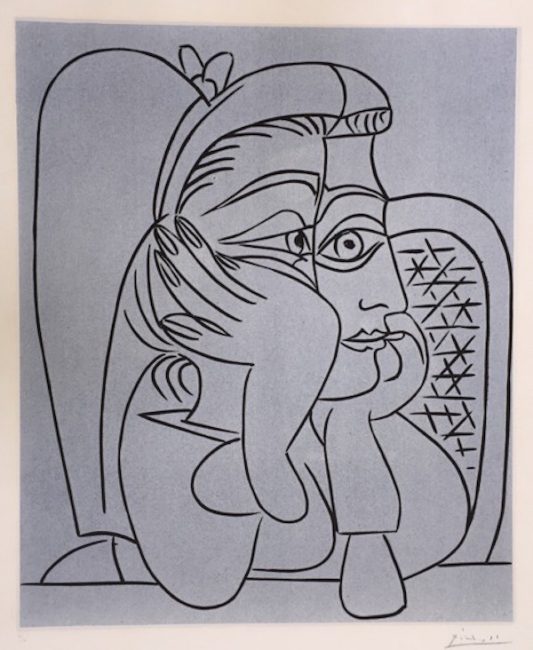 Among leading modern artists portrait painting on commission, that is to order, became increasingly rare. Instead, artists painted their friends and lovers in whatever way they pleased. Most of Picasso’s pictures of women, for example, however bizarre, can be identified as portraits of his lovers. Known as one of the most prolific painters of Modern Art , Pablo Picasso was undoubtedly a man of many talents. The Spanish artist experimented with and excelled in many mediums, from painting and drawing to sculpting and collaging. In addition to different art forms and unique materials, however, Picasso also worked in a spectacular array of styles. This constantly changing aesthetic approach is evident in his series of self-portraits, which he painted from the age of 15 until 90.

Pablo Picasso’s Woman Leaning on Her Elbows (Femme Acoudée) was painted in 1959 and is an incredible example of the artist’s mastery of the linoleum cut printmaking technique. Picasso used one block to print in black and light blue-gray. The linocut reveals the profile of a woman, using a relief printmaking technique. This means Picasso carved the linoleum block with the opposite design so that when the ink is applied the desired design is revealed. Women inspired Picasso throughout his career and were a common subject for the artist to explore in multiple mediums, from painting, lithography, ceramics, and linocuts. This linocut features a woman seated at a table leaning on her elbows. Her face is slightly turned, which emphasizes her profile. The design shows off Picasso’s geometric reductive style, using simple lines and colors to create a beautiful composition. 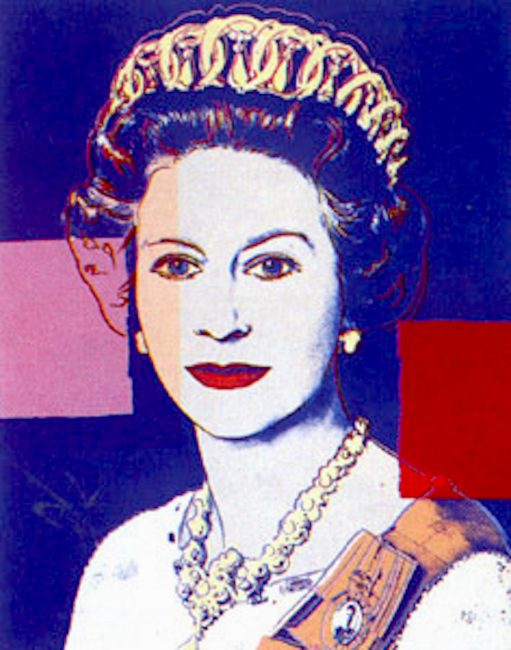 At the same time, photography became the most important medium of traditional portraiture, bringing what was formerly an expensive luxury product affordable for almost everyone. Since the democratization of the camera, artists have been using photographs as source material in their work.

In 1985, the American pop artist Andy Warhol embarked upon his largest and most ambitious portfolio of screenprints. Entitled Reigning Queens, he sought to produce monumental images of each of the four ruling female monarchs of the day. The series was issued in two editions, a standard edition of forty, and a Royal Edition of thirty with diamond dust (as with the present examples), which creates a suitably extravagant and sparkly effect. In the case of Queen Elizabeth II, he based his prints on the official photograph taken by Peter Grugeon at Windsor Castle on 2 April 1975 and released for the Silver Jubilee in 1977. In addition to being mass-produced on flags, bunting, t-shirts, souvenir mugs, plates, stamps, and posters, the photograph also spawned numerous re-interpretations beside Andy Warhol’s.

The repetition of the four prints is reminiscent of postage stamps, reflecting the sheer quantity of images that exist of the Queen, but each print has a separate identity. Warhol has treated the Queen not as a monarch, but as one of the many celebrities he depicted, and he once said ‘I want to be as famous as the Queen of England’. His approach reinvigorated the traditional presentation of royalty. Accepted by the Guinness Book of Records as the Most Recognizable Person in the World, the image of the Queen has been reproduced more times than anyone else in history, making her the ultimate subject for Warhol’s obsession with fame and celebrity.

Despite the proliferation of photography, portrait painting continues to flourish. The Queen, for example, regularly commissions portraits by distinguished artists such as Lucian Freud. Yet Warhol’s depiction is unique amongst these because she neither sat for it nor commissioned it. Freed from the constraints of official sanction, Warhol’s pictorial treatment of the Queen is full of high-campery, with day-glow pinks and candy-colored hues reminiscent of his portraits of New York transvestites, a reference which is mischievously implied in the series’ title, Reigning Queens.

Tom Wesselmann was one of the leading American Pop artists of the 1960s. Departing from Abstract Expressionism, he explored classical representations of the nude, still life, and landscape, while incorporating everyday objects and advertising ephemera. He is known as stating, “The prime mission of my art . . . is to make figurative art as exciting as abstract art .” In Monica Sitting With Mondrian we see glimpses of Wesselmann’s legacy: creating portraits of nudes besides assemblages of items. Here a nude woman with a black bob sits in front of a colorful painting by De Stijl painter Piet Mondrian. Making use of strong strokes and colors, Wesselmann creates something seemingly simple yet full of meaning. His graphic-design style shook up the 1960s art establishment and still to this day, confronts the viewer’s cultural idea of what constitutes art. 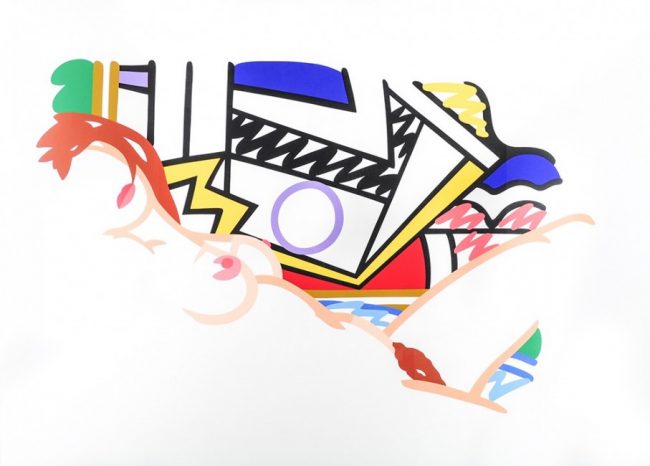 Monica With Lichtenstein by Tom Wesselman