French photographer Philippe Shangti has quickly become the darling of ‘urban photography’ that meshes the graffiti elements of urban art with the studio quality of photography. His striking style is easily recognizable, and can be seen in many prominent private collections as well as some of the most famous restaurants and hotels in the south of France. 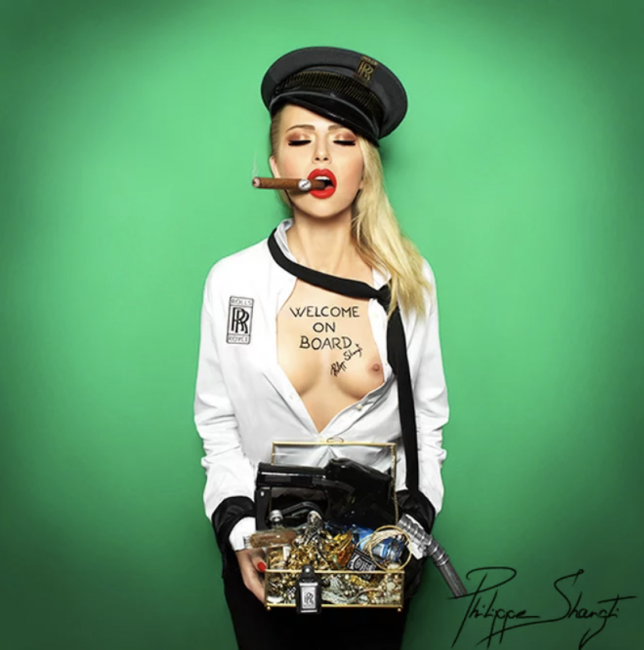 Welcome on Board Rolls Royce Version by Philippe Shangti

His aesthetic merges pop, glamour and fashion in a colorful parallel universe where the woman is queen. Through his phtoographs he denounces many important contemporary issues from the abuse of plastic surgery to prostitution. He has also created series that focus on the environment, pollution and animal protection.

The photographs are meticulously staged and every element in the photo is curated to create this universe. The models tend to merge into their set, and he frequently paints on their bodies so that the physical and the staged become one.

The use of nudity in Shangti’s work reveals the inherent beauty in a woman but also nods towards historical, mythological, biblical and artistic references. He references art history quite often as can be seen in the Da Vinci Fusion series where he clearly hints at the Italian Renaissance.

In his most recent series, Beaute Sauvage, released in 2020 he includes Jugement de Paris which clearly is an ode to biblical stories, with a Shangti spin on them. Never loosing his sense of humour Shangti manages to take heavy themes and issues and shed light on them in a glamorous way. 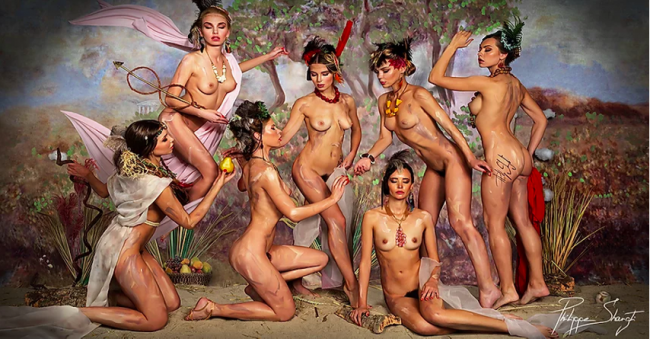