The image of penguin classics novels resonates with many, whether it brings back memories of being in school, or for many bookworms, being a large chunk of their book collections. Harland Miller, both an artist and writer, has found a way to recreate the motifs of the classical novel by creating artworks reminiscent of vintage penguin book covers. We are now offering a collection of his works, inspired by his affinity for writing and comedy. 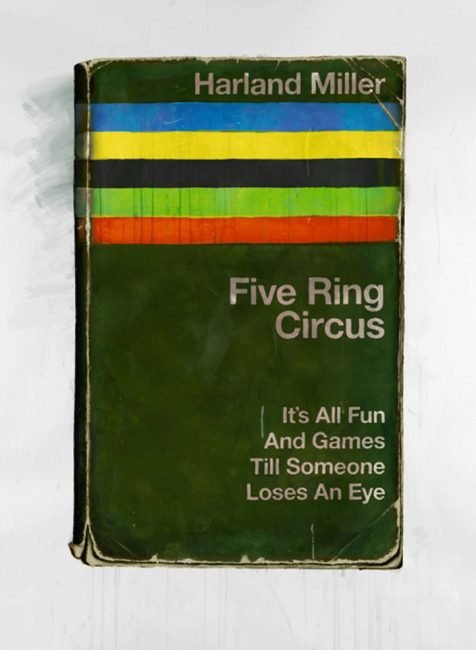 Prior to his development as an author, Miller attended Chelsea School of the arts and exhibited in New York, Berlin, and New Orleans, throughout the 80’s and the 90’s. He then shifted gears, putting greater focus on writing his first novel, “Slow Down Arthur, Stick to Thirty” which was published in 2000. His novel takes the same playful tone that later appears in his artworks- imaginative, vibrant, and cynical all at once. 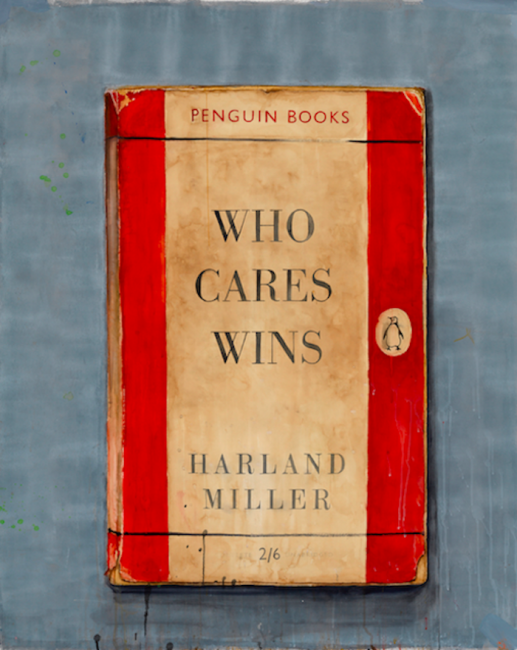 He found a way to bridge both his love for the arts and writing through his new wave of artworks, by creating life sized renderings of penguin classics. Every kid remembers reading a penguin novel, bringing a sense of nostalgia for readers and writers alike. 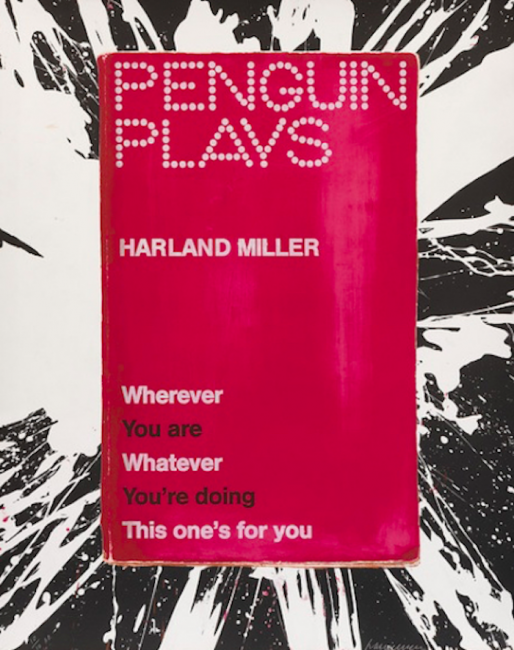 Yet, Miller veers away from a traditional tone by playfully mixing the vintage inspired covers with pop art inspired designs and slogans. His penguin novel paintings are not a mere copy of book covers, but take on a sarcastic tone with titles such as “Death, What’s in it for Me” and “Too Cool to Lose.” He utilizes a brand that resonates with many to deliver a satirical voice. He also captures inspiration from author Edgar Allan Poe, which can be seen in his bold declarations in place of novel titles. 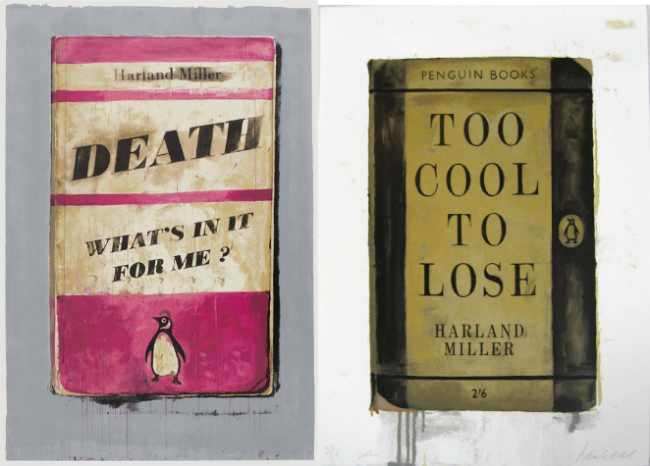 Much of the slogans painted upon his canvases are quotes of his own, which he owns by stamping his own name on the bottom of each book painting. The novel inspired paintings work as a great way to web art, writing, and sharing a message.