It’s been 10 years since street artist, Thierry “Mr. Brainwash” Guetta, attained overnight fame from the Banksy-directed documentary, “Exit Through the Gift Shop.” Since then, Guetta has shown his artwork around the world, designed albums for platinum recording artists, and collaborated with major fashion labels.

Mr. Brainwash is known for his childlike naivety and overwhelmingly positive outlook. “Life is Beautiful” has not only been the title of multiple exhibits, but of individual art pieces and as of 2019, his own book. Along with, “It’s just part of my life,” “Life is Beautiful” has become somewhat of a catchphrase for the artist. Looking back to his first show in 2008, the slogan has been present in nearly all of Guetta’s major endeavours since. 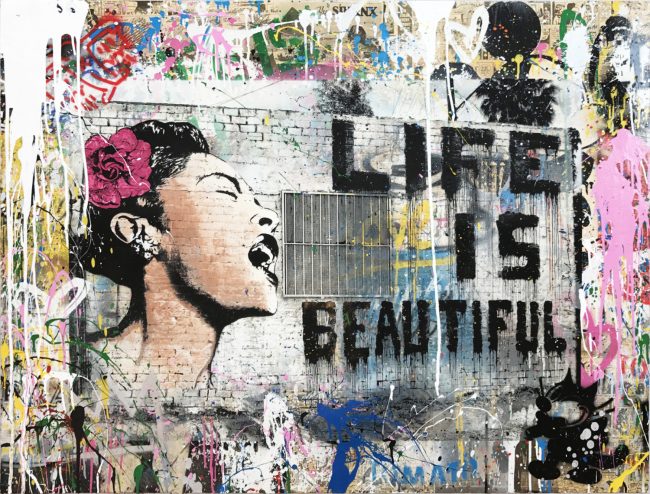 Billie is Beautiful by Mr. Brainwash 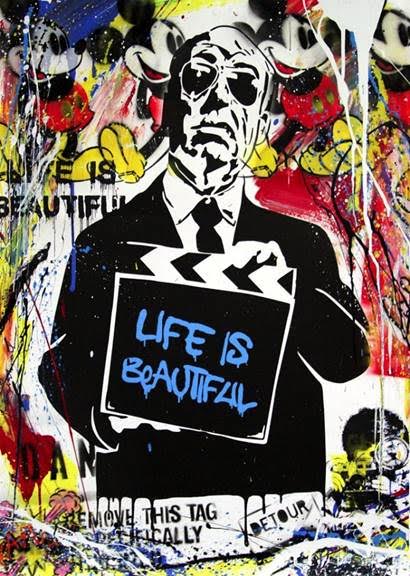 Much to everyone’s surprise (except Guetta himself) his first show was a massive success, landing him a lasting spotlight in the art world and street art community. “Life is Beautiful” continues to be integrated into many of his works. Branded on pop culture icons and his iconic splattered backdrop, Mr. Brainwash uses the phrase to spread his trademark positivity. 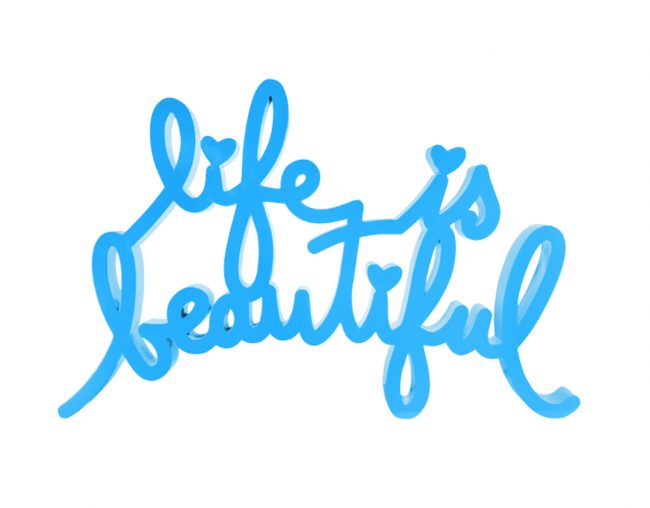 With outside help, he extended his ideas to sculptures and installations. His signature phrase was casted out of enameled steel and presented in various colorways. He also came up with exaggerated models of everyday objects such as spray bottles and paint cans. His sculptures have been erected in cities nationwide. 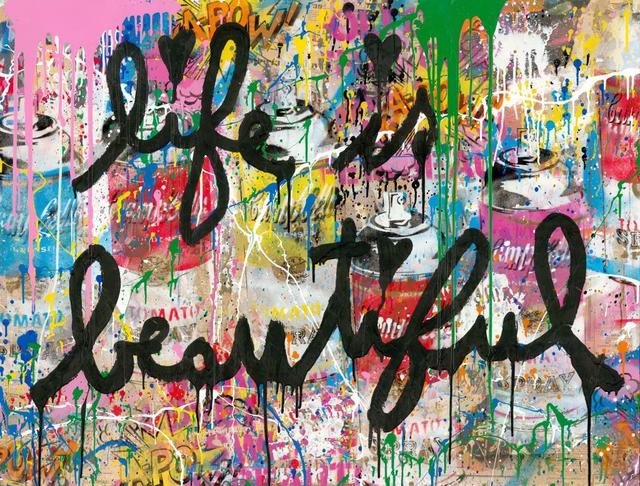 Life Is Beautiful by Mr. Brainwash

Mr. Brainwash has continued painting his mantra well into 2019. The artist was planning to open a museum in Los Angeles of his artwork and other artists he admires, but the plans have since been postponed due to health concerns. Whatever is in store for Mr. Brainwash, it is sure to feature his zest for life.