Miami-based contemporary artist Mister E takes a very literal approach to the idea of ‘the art of money’. His signature image of the colorful dollar bill represents much more than the value of money. Mister E’s goal of using the dollar bill is to take away the evil connotation that most associate with money. He prefers to view it as a symbol for motivation, inspiration, and freedom. 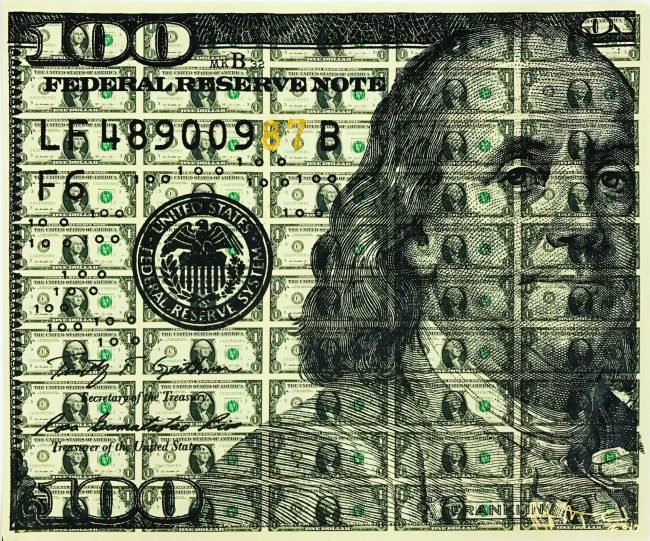 He definitely takes a more business minded approach to his artwork, appealing to celebrities including Lionel Richie, Adam Sandler, and Miley Cyrus. He created a commissioned piece for Cyrus, which included a vintage type safe in which visitors could donate to her non profit The Happy Hippie Foundation, and in return sign one of Mister E’s colorful benny stacks. 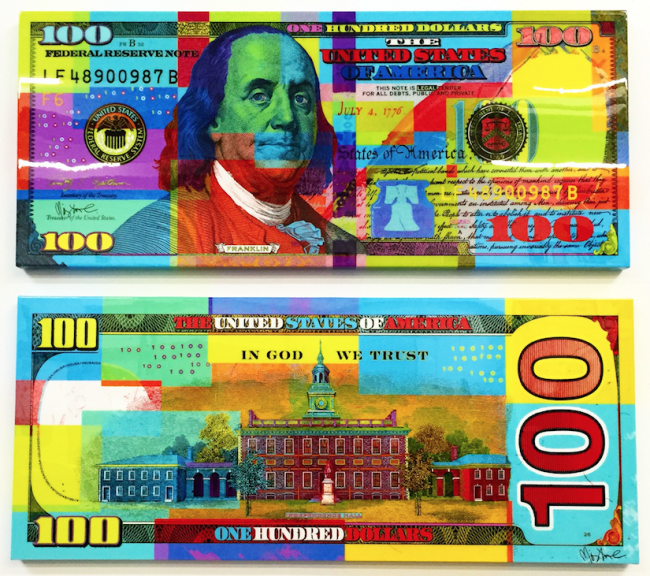 Mister E takes a simple symbol- the $100 bill, and turns it into so much more. He spreads the idea that just like it has been for him, success is attainable for anyone with a creative mind. As an artist, he is known for his out of the box approach to branding himself. He has worked with musicians and other creatives to bridge his art with interactive experiences.

Last year at Ultra music festival, Mister E worked in collaboration with DJ Snake to have his signature $100,000 C-notes blast out of a cash cannon, continuing the idea that art is experiential. He also had one of the most visited shows at Art Basel 2016, where he filled a truck in Wynwood with a variety of his banknotes and gold gilded objects.

He shares that marketing your art is just as much of an artistic skill as the creation itself. He finds that people look at money the wrong way. He says that people believe “Money’s the root of all evil… Rich people are terrible… And my whole thing is, money is whatever you want to make it. You can do a lot of good with money, too. Money is power, and that doesn’t have to be seen as a negative thing.”