American Conceptual Artist, Mel Bochner (1940-), is recognized for being one of the dominant figures in the evolution of the Conceptual Art movement that occurred in New York in the 60s and 70s, along with artists such as Donald Judd. Bochner is most known for his text-based paintings that examine and delve into the marriage between language, space, and color, such as his popular “Thesaurus Paintings” series which debuted at the Whitney Biennial in 2004. The artist often displays symbols such as words in abstract ways that are completely independent of and unrelated to their context, encouraging the viewer to interpret them in unique ways.  One of his most famous bodies of work is his repeated experimentation of the witty, ironic and seemingly meaningless phrase “Blah Blah Blah”. 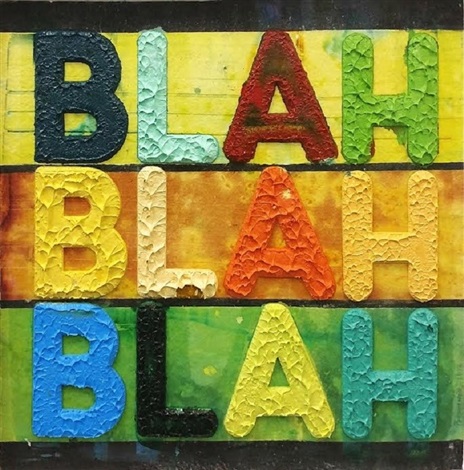 “I am thinking about the relationship between language and color. How color can relieve a text of its duty to meaning. At the root of all my work is the recognition that we tend to take most of our experience for granted.” – Mel Bochner 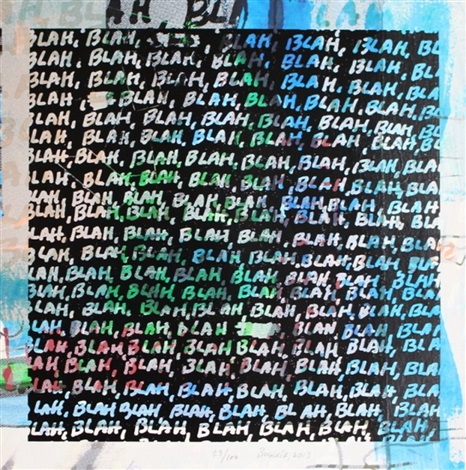 Bochner’s paintings often consist of lists of synonyms presented in a variety of colors and fonts, frequently using repetition of a single word for the effect such as “Blah Blah Blah” which reconceptualizes language as a mode of graphic and visual expression.  These works force the viewer to consider the acts of reading and looking and their differences. The use of the phrase “Blah Blah Blah” may symbolize frustration or boredom to some, yet to Bochner “Blah, blah, blah…is an abrupt and exuberant salutation that almost belies the intellectual rigor behind it.”. By removing the words from their contexts, it brings into question the messages and meanings they carry. “The paintings seem to touch some universal way of expressing people’s negativity,” the artist added. “The viewer should enter the idea through a visual or phenomenological experience rather than simply reading it.” 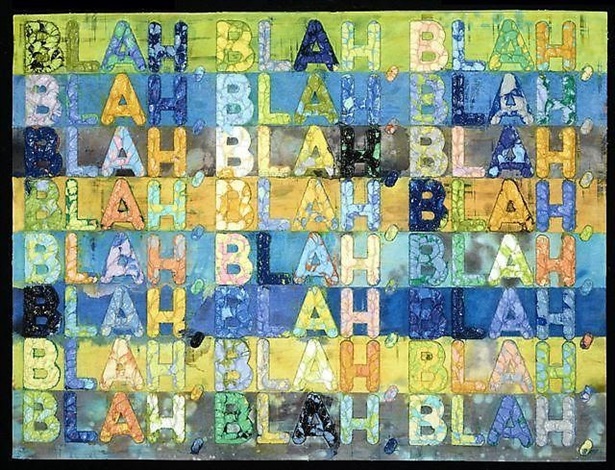 More recently, Bochner has painted murals and billboards across America with his “Blah Blah Blah” motif, presenting a commentary on the function and duty of advertisers, politicians and the growing use of social media, stating that “We live in a world that is oversaturated with empty language—small talk, tweets, texts, leetspeak, chit-chat, pop-up ads, telephone-answering messages…If there is no escaping this linguistic tsunami, the ‘Blah, Blah, Blah’ paintings subvert it from below.”  Therefore perhaps Bochner’s choice of words and phases aims to draw attention and highlight the current state of communication in present-day America.  “In the end, the interesting thing is the incongruity in all linguistic systems, not in what they say but rather in what they are incapable of saying.” 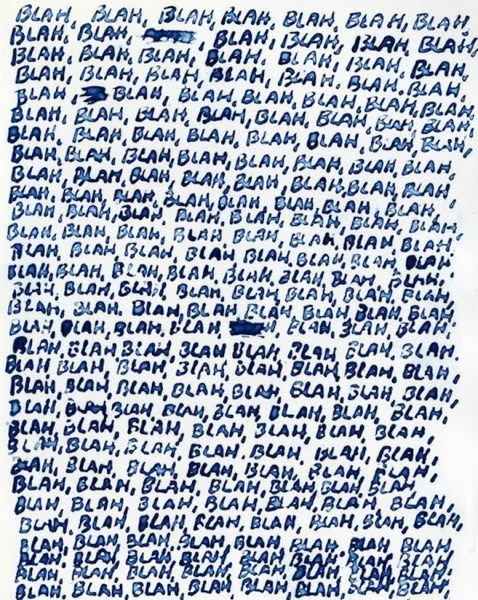