“People should fall in love with their eyes closed. Just close your eyes. Don’t look and it’s magic.”- Andy Warhol 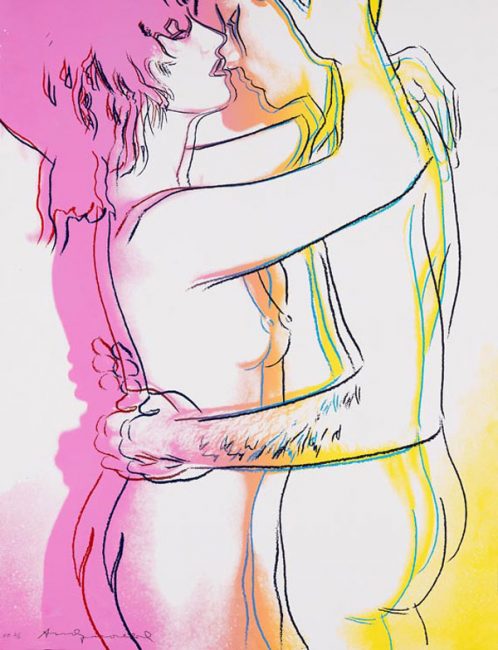 In 1983, Andy Warhol created his Love series, which includes a portfolio of three screen prints on Rives BFK paper. Each screen print depicts a nude couple embracing one another in a different position. The sequence of images seemingly implies a narrative, as if each image represents a different movement leading up to a physical connection. 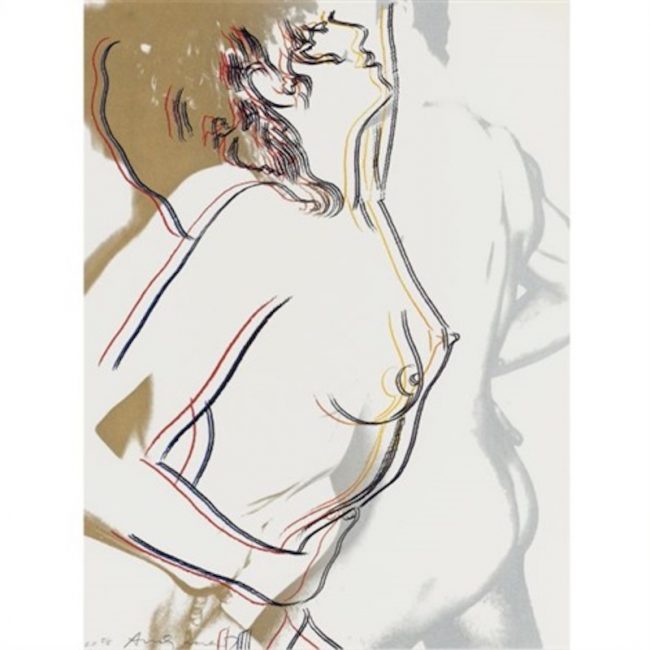 While the images are characterized by passion, lust and sexuality, they are not as much pornographic as they are romantic. There are explicit sexual acts depicted nor is an emphasis of naked sexual parts, as there is in Warhol’s 1978 Sex Parts series, which includes prints focalizing on sexual acts and male sex organs. 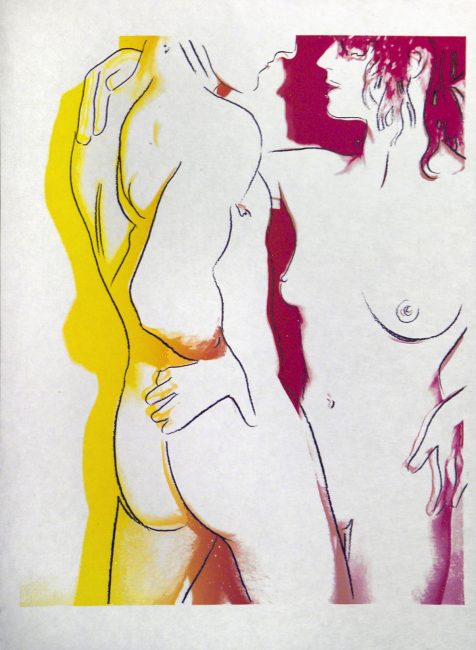 Andy Warhol had many different outlooks on the philosophy of love. In 1975, Warhol published memoir filled with a collection of riffs and reflections. In his book, The Philosophy of Andy Warhol (From A to B and Back Again), Andy broke down the meaning of love into puberty, prime, and senility. 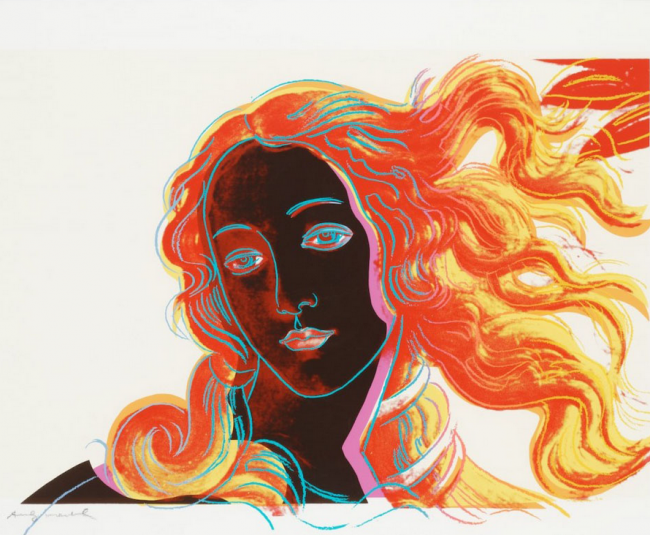 In 1984, Warhol turned his attention once again to this theme. In his interpretation of Botticelli’s Venus, Warhol combined his signature pop style with one of the most recognizable images of classical art. The artist created four different color versions of Venus, the Roman goddess of love, and transformed her with vibrant colors and a close perspective which bestows upon her a celebrity status. 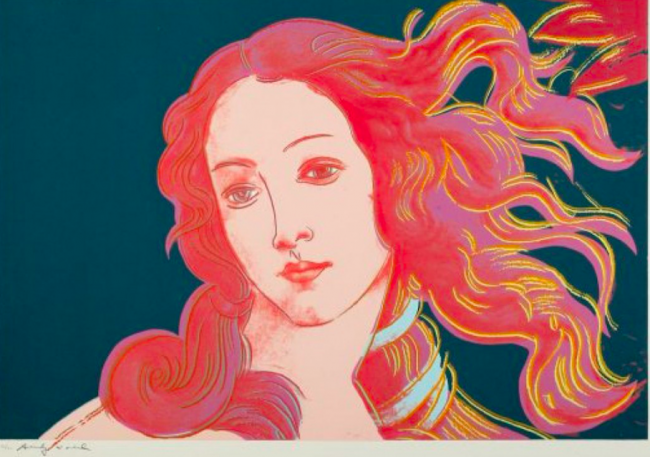