More than 20 years after his death, Andy Warhol remains one of the most influential figures in contemporary art and culture. Andy Warhol was a remarkably talented and ingenious man who’s life and work continues to inspire creatives worldwide thanks to his enduring imagery and artfully cultivated celebrity. The Andy Warhol Museum is the global keeper of Andy Warhol’s legacy, located in Pittsburgh, PA .

Andy Warhol plays no games. When looking at Andy Warhol paintings, any one at quick glimpse can immediately recognize the subject at hand, such as the image above, Sunday B Morning Marilyn Monroe. Here, Warhol took one of the most celebrated icon, dehumanized her, and brought it to the public’s attention in a way they’ve never seen before. What is most striking buy Warhol prints is their transformations of color, the changes he could ring on that single face. 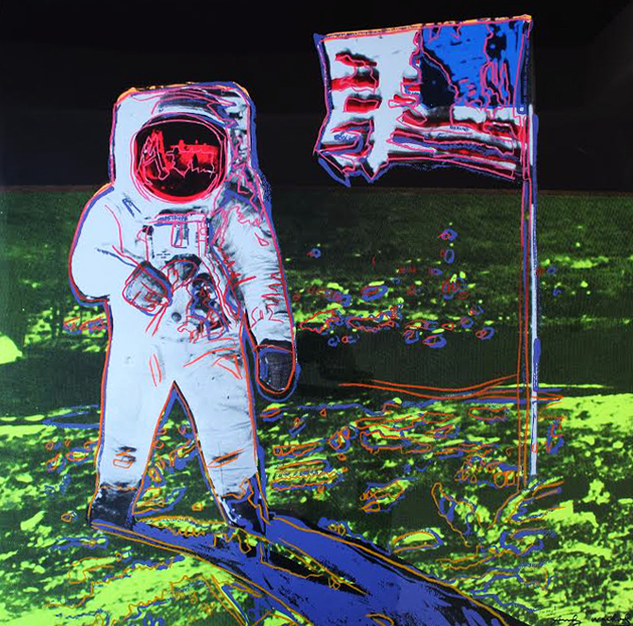 When Warhol had created his iconic Campbell’s Soup Cans (below), he was bringing the supermarket into the art gallery. The cans stood for everything that was trashy, disposable and mass-produced in American life, after all, not only was trash part of the modern landscape, but it had a life and beauty of its own. Normally artists had been taught to reject these items as having no value, but Warhol was different.  His nonconformity and refusal to make value judgments was liberating for the pop art world. Pop art discarded all prevailing values about what was good or bad, beautiful or ugly, art or non-art. 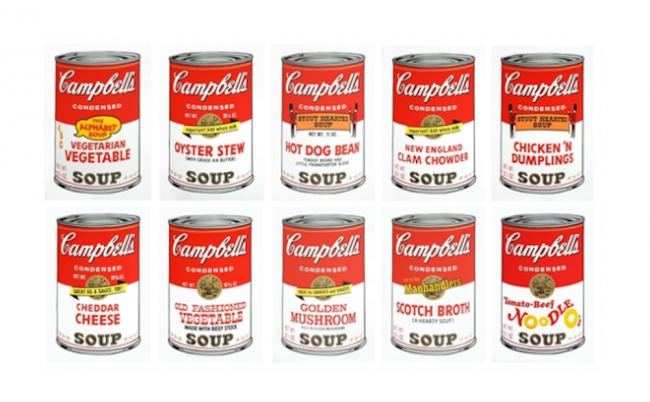 Andy Warhol is an artist with an omnivorous intellect, creating a colossal body of work which encompassed every available medium and most importantly contributed to the collapse of boundaries between high and low culture.