“I had energy and wanted to rush home and paint and stop doing society portraits.” – Andy Warhol

Andy Warhol, a leading pop artist most known for his eye-popping paintings, like “100 Cans” featuring repeated Campbell’s soup cans and his reimagining of Marilyn Monroe’ portrait. But what came after those iconic pieces? This once radical innovator successfully pursued the rich and famous, was ready to take a new step. During the late 1970s and through the 1980s, Warhol began a critical transition in his career, embracing his past while simultaneously looking toward the future and establishing his lasting legacy, The Late Paintings.

By the mid-1980s, Warhol had created a series of large and small silkscreened black and white paintings of images taken from advertisements, diagrams, maps, and illustrations in newspapers and magazines. With images of Russian missile bases, maps of Iran and Afghanistan, and common consumer items such as sneakers, hamburgers and motorbikes, they have a continuing uncanny resonance some fifteen years after their creation. 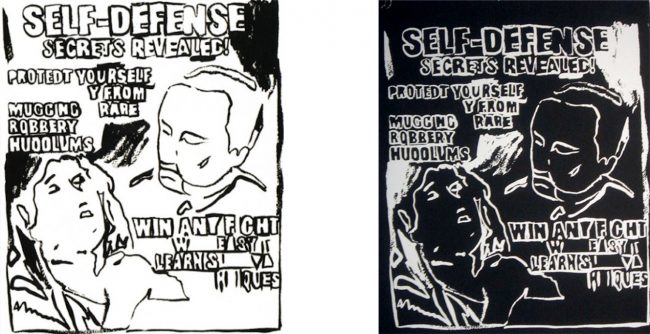 Warhol’s constant themes of consumer culture, war, death and religion are powerfully represented in these late works. The paintings are contemporary with the collaborations Warhol made at this period with Jean-Michel Basquiat and Francesco Clemente, which revitalized his interest in painting, and are directly related to the early Pop paintings that established Warhol’s reputation in the early 1960s. 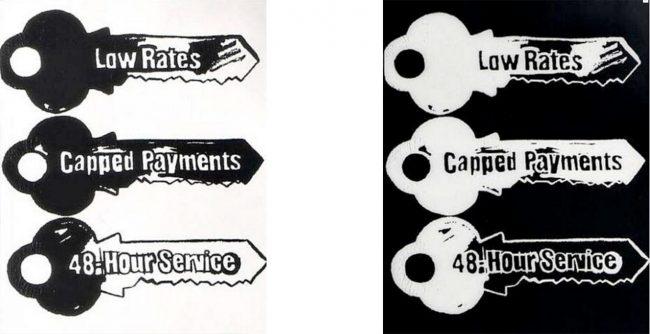 Take Hamburger, a diptych, featuring a duplicated image of an advertisement of the iconic American hamburger reminiscent of Warhol’s earlier screen prints of American popular culture. Although Hamburger seems to offer a more anodyne subject matter, it might be interpreted within the context of the escalation of the Cold War and the ensuing public fears of the nuclear threat from the Soviet Union. Specifically, the lines radiating outwards from the centre of the image, together with the bulbous shape of the burger bun, visually refer to the outline of an atomic mushroom cloud and glowing halo. 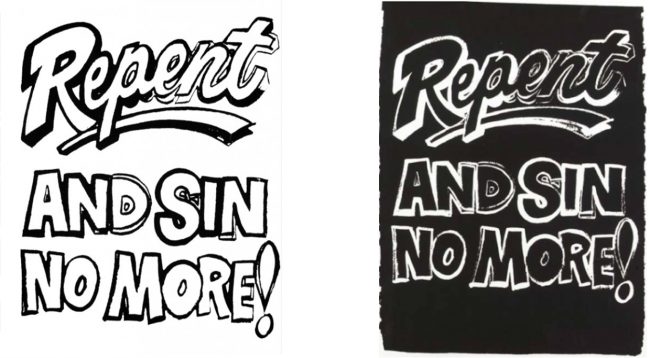 Guy Hepner is pleased to present a selection of rare and unique paintings by Andy Warhol for sale. Inquire today.