Kenny Scharf emerged on the East Village street art scene in the 1980s. His work features aliens and retro cartoon characters often set in post-apocalyptic scenes. Scharf cuts through any ominous elements with his expressive characters and bright color palettes. Along with collaborators like Keith Haring and Jean-Michel Basquiat, Scharf sought to bypass the elitist boundaries of the fine art world and bring creativity to everyday life. He has remained a prevalent figure throughout the decades, bringing his airbrushed figures and out-of-this-world elements to the streets and beyond. 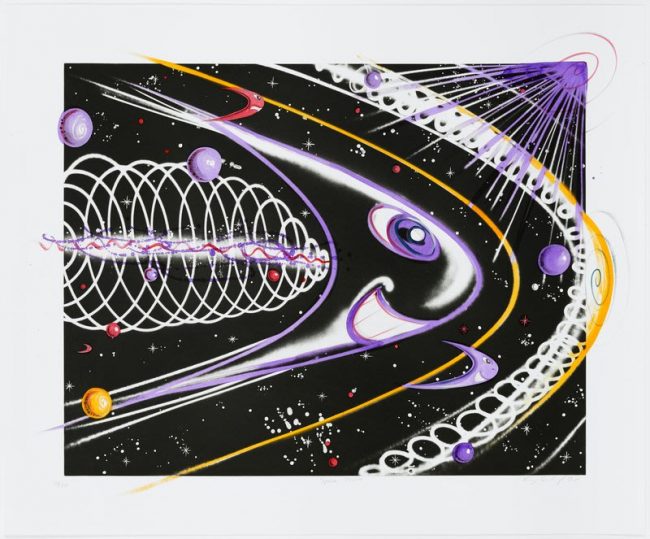 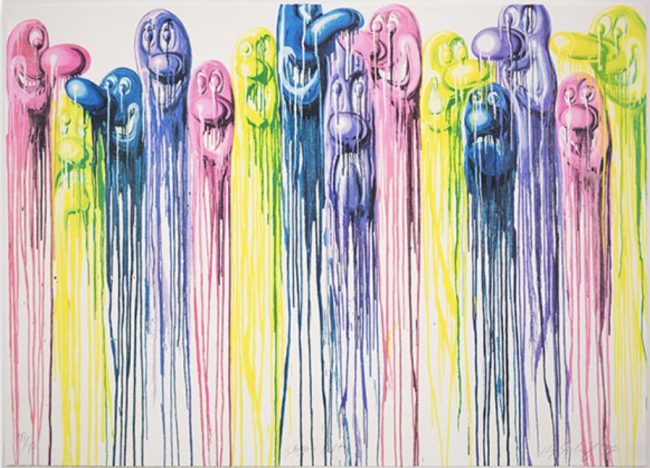 Scharf’s wild, yet approachable installations were often the backdrop of disco parties in the 80s, where New York was seeing a cross-pollination of art, music, and fashion. His first piece, known as the “Cosmic Cavern” was installed in 1981 in his Times Square apartment which he shared with Haring. He refurbished found objects with day-glo paint and black lights, creating a fluorescent universe of human artifacts. He explains, “When I moved to New York in 1978, the city was basically a trash heap. And I found it fascinating because there was so much great stuff. As punk rock and new wave kids, we were finding all this cool 1950s stuff which we were inspired by and allowed us to both mourn and make fun of the ‘death of the American dream.’’ Since then, Scharf has created a legacy of the installations, with 40 Cosmic Caverns commissioned across the world. 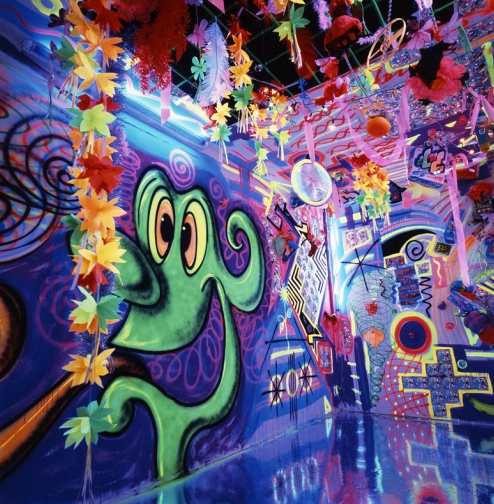 Many of Scharf’s pieces still adorn the streets today. Throughout the decades, his work has crossed over into high-profile institutions like the LA Museum of Contemporary Art, MoMA, and Whitney. 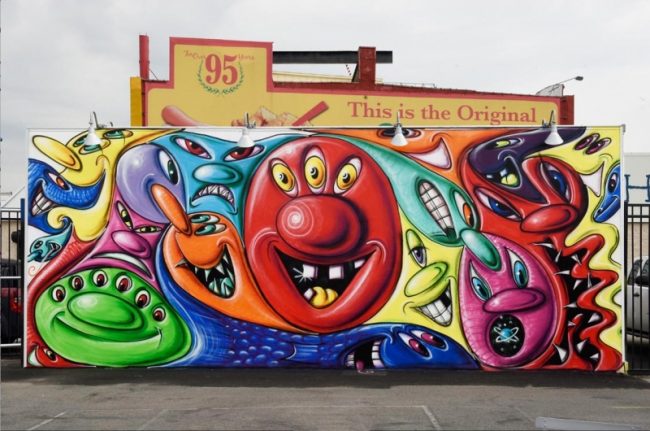