Keith Haring was one of the first New York City pop artists to continuously and purposefully use the city as his canvas. Starting with the chalk Subway drawings he made in the early 80s, to the many murals he created around the five boroughs and abroad, Haring’s goal was to make his art accessible to as many people as possible. 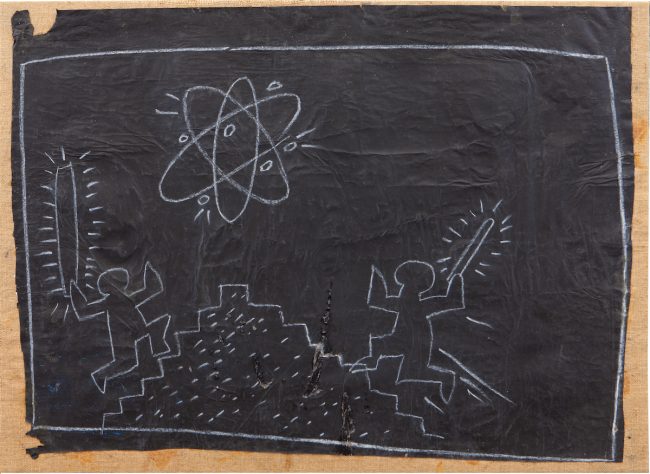 Most recently, a mural of his located at East 128th Street and Harlem River Drive was restored and is now back on view. Created originally in 1986 the mural, titled Crack Is Wack, features a layered landscape of the artist’s kinetic figures, the title emblazoned in strong block lettering across the top. The public art piece is a direct response to the city’s crack epidemic of the 80s and features a message Haring has been know to use many times in his art. 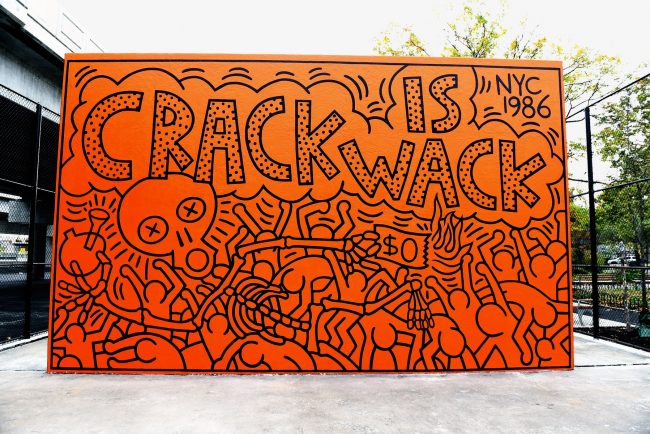 In the 80s, his style, which featured the flat outlines of images like “radiant child” and “barking dog” became omnipresent throughout the city. The 170 foot mural he completed at the West Village swimming pool features images we see repeated in his Pop Shop V series and the cast iron triptych he made for the Cathedral Church of St. John the Divine in Morning Side Heights includes the angel icon which is also seen in Pop Shop IV and in his icons series.

In 1986 Haring completed a 700-foot-long mural over the course of a week in the lobby of Woodhull Medical Center in Brooklyn. He gifted the colorful mural to the medical center, thanking them for the hospital’s dedication to pediatric AIDS research and treatment. Lastly, one can also find a public Keith Haring artwork in the men’s restroom of the LGBT community center in Greenwich village. In honor of the 20th anniversary of the Stonewall Rebellion, Haring was one of the artists given free reign over the interior walls of the center. The result was one of Haring’s most risqué mural which he named Once Upon a Time as a celebration of the pre-AIDS crises way of life. 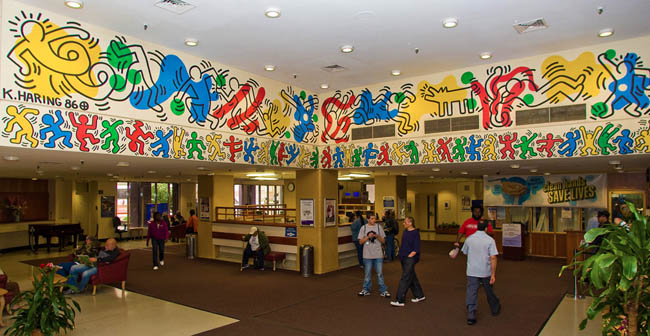