Keith Haring used icons as a visual language. The recurring symbols were a way to communicate between him and the public who would intersect them on the streets. The images were a coded response to the social issues that were facing New York in the 1980s. After years of admiration, a universal understanding has been built around them. Whether it was Haring’s words directly or speculation from viewers, the symbols have been decoded and their meanings help to define one of the 20th century’s most influential artists. 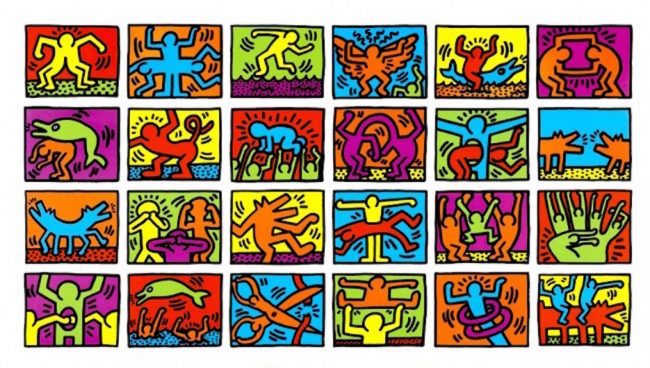 Haring’s best-known symbol is the radiant baby. Haring once called the baby, “the purest and most positive experience of human existence.” Taking the form of the ultimate figure of innocence, the baby is shown in a crawling pose radiating lines of energy. Haring is said to have been inspired by religious texts and images. As Haring placed the baby in increasingly dark settings, people began associating the baby with the artist himself. 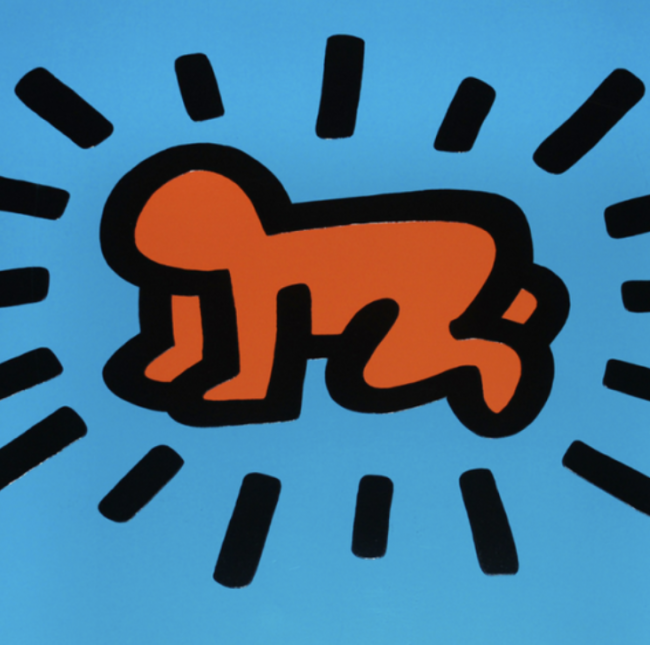 Next to the radiant baby, the dog is one of Haring’s most famous symbols. Seen barking, dancing, or on two feet dominating humans, the dog is said to indicate uncertain action or suspicion. In many pieces, this translates to a stand-in for an authoritative power, such as government, policing, or other oppressive systems. 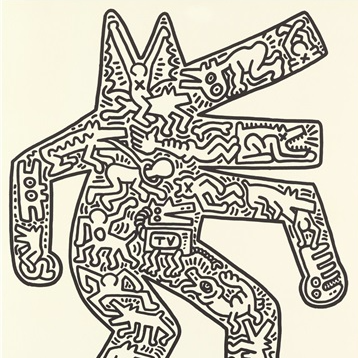 Unlike his other glyphs, significance was given to Haring’s three-eyed monster after its creation. The monster started as a smiley face with too much space between the eyes. Haring simply added a third eye. From there, viewers began speculating and assigned their own meaning to the mysterious figure. Most commonly, the three-eyed face is said to represent greed. 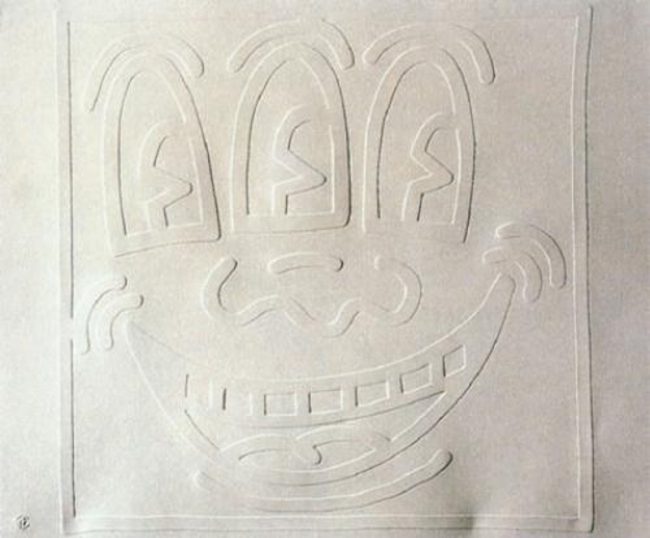 Haring’s inclusion of a pyramid usually refers to an ancient past. The pyramid fits in well with Haring’s hieroglyphic-like designs. The symbol adds an other-worldliness element to his pieces, making the scenes feel distant, yet familiar. 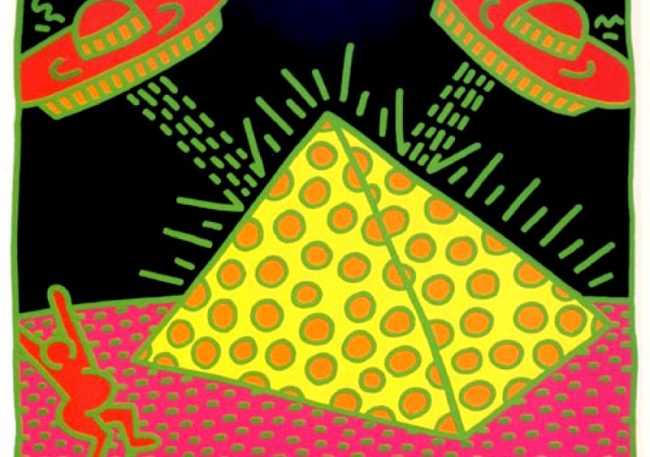 A necessary change of pace in Haring’s work, the embrace between figures is meant to show universal human love. In most cases, the figures are kept vaguely anamorphic, without assigned gender or race. With their embrace, Haring spread a message of human love and compassion. 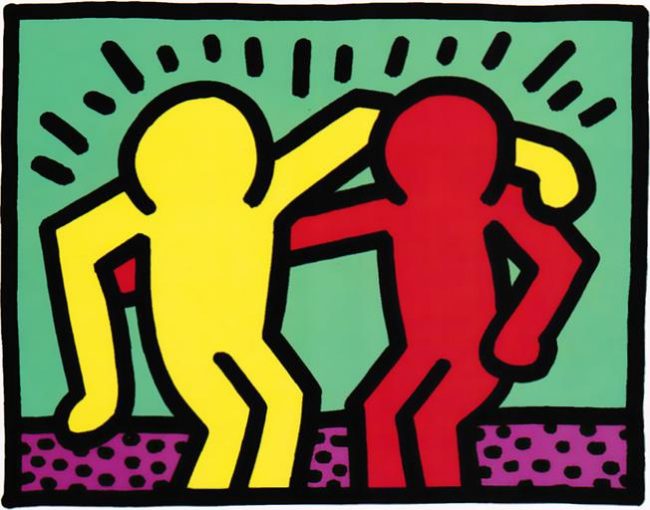