Keith Haring and the Pop Shop

Keith Haring and the Pop Shop

In 1986, Keith Haring opened the Pop Shop in downtown Manhattan. Haring had already been creating art since the mid-1970s, first in Pennsylvania, where he was born, and later in New York City from 1978 to his death in 1990. In New York, he found a thriving alternative art community that was developing outside the gallery and museum system, in the downtown streets, the subways, and spaces in clubs and former dance halls. Here he became friends with fellow artists Kenny Scharf and Jean-Michel Basquiat, as well as the musicians, performance artists, and graffiti writers that comprised the burgeoning art community where he quickly became one of the pioneers of the street art and graffiti movement through his Subway Drawings in the early 1980s. 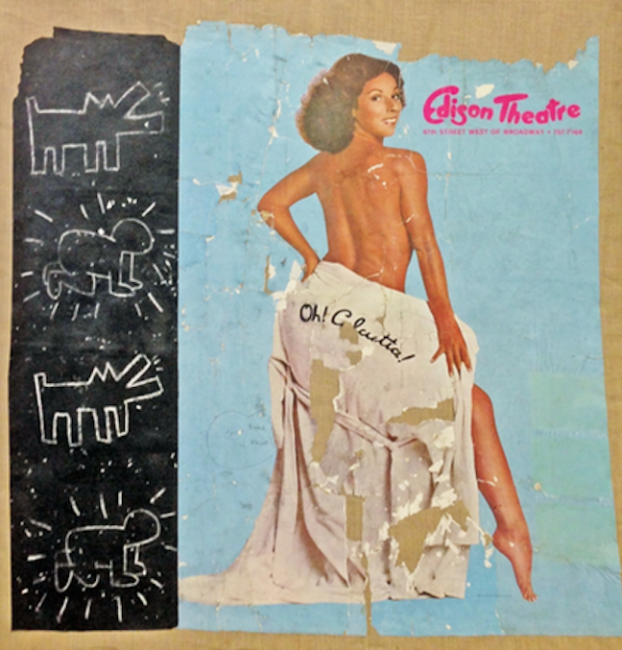 Haring saw the Pop Shop as an extension of his work, a fun boutique where his art could be accessible to everyone, as well as a place for creative and like-minded people to gather, Julia Gruen, the executor of the Haring Foundation recalls that “when the shop opened, with Keith’s favorite dance music blaring incessantly, it felt like a private clubhouse.” 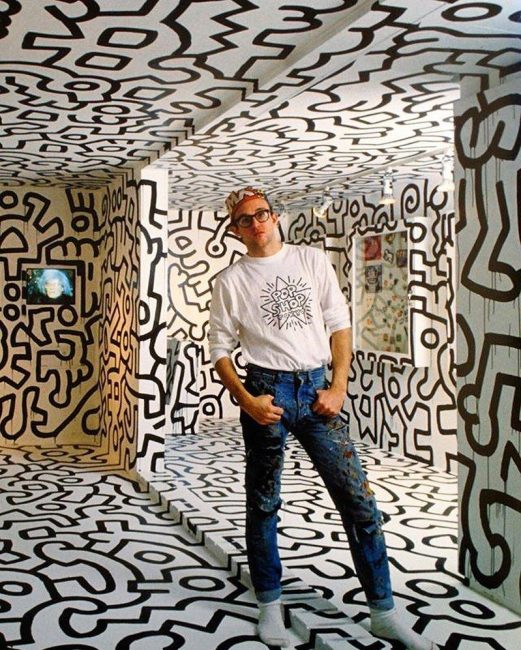 Keith Haring in the Pop Shop

For nearly twenty years, the shop continued to be a downtown attraction with floor-to-ceiling murals and affordable clothing and gift items all featuring Keith Haring‘s unique icons. In September 2005, the Pop Shop finally closed its doors to the public. Keith Haring’s work continues to be displayed around the world at galleries and museums and in public spaces. While the Shop itself may have closed its doors, the works that Haring created over those years, known as the Pop Shop series are still available and considered to be some of his most iconic suites. 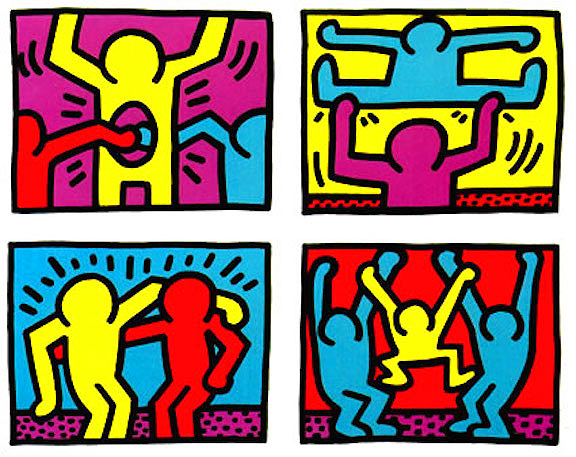 The five Pop Shops were created between 1987 and 1990 and captured many of his iconic symbols and imagery, which are scarcely seen together in their original sets. These include the image of the Barking Dog, by far one of his most recognizable; the upside-down figures which represent the hip-hop dancers doing the iconic move in which they spin on their head, as well as figures with holes in their bodies. Haring notes in his journals that he first imagined a figure with a hole in his body just after the assassination of John Lennon suggesting that the figure may represent violence and spirituality. 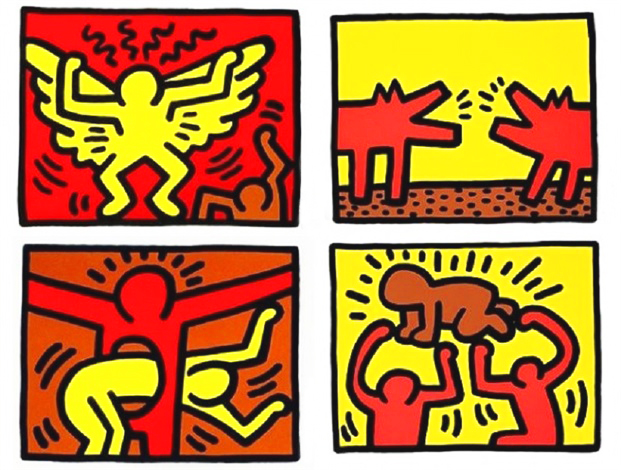 Each Pop Shop is a set of four individual prints plus a Quad which presents all four images as one screen-print.