Brian Donnelly has been creating art under the name KAWS since the 1990s. The Brooklyn-based artist is known for his “X” eyes motif and figurative characters. He transitions between paintings and prints to three dimensional work, including sculptures, toys, and clothing. 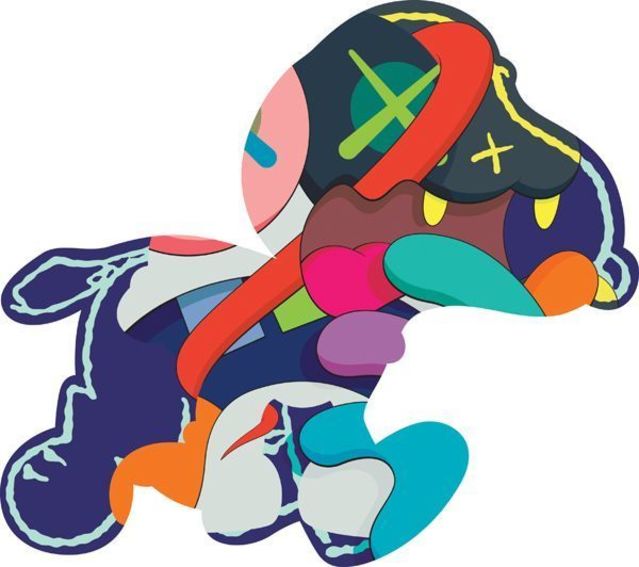 KAWS references popular media in many of his works. Past cartoons to appear include Sesame Street, Mickey Mouse, and the Simpsons. One recurring character is Snoopy – the beloved dog from the Peanuts comic. His love for this cartoon spurred multiple collaborations with Uniqlo and the series. 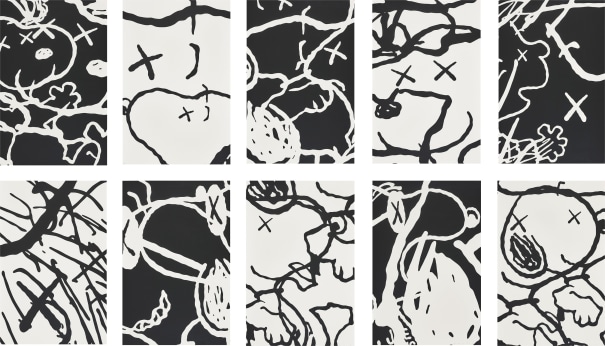 Beyond the nostalgia aspect, KAWS describes his affinity for the Peanuts as an artistic one. He explains, “I’m into Schulz as an artist, a company, and an icon; I got into his stuff just because I liked the looseness of the line work, and I thought that it was just sort of a nice thing to bring into my paintings, even if it’s abstract and unidentifiable.” He expresses appreciation for the loose line work in Schulz’s style as a contrast to his own meticulous and slow approach. 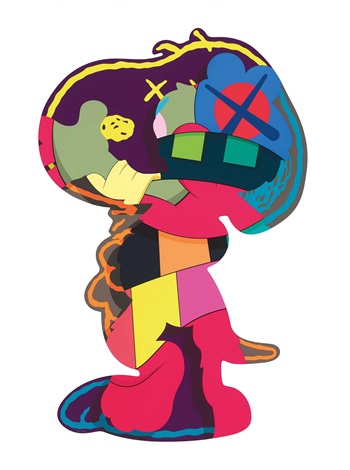 Snoopy, sometimes paired with companion, Woodstock, has been featured in a number of notable KAWS pieces. Man’s Best Friend, is a nod to the Abstract Expressionism of the 1950s that prominently features the beloved cartoon dog. Snoopy, adorned with KAWS’ “X” eyes, is deconstructed across 10 panels. Each one offers a suggestion of Snoopy’s face or body that is then cloned and distorted. Looking closely, one can see a glimpse of Charlie Brown and Woodstock peaking through the chaos. 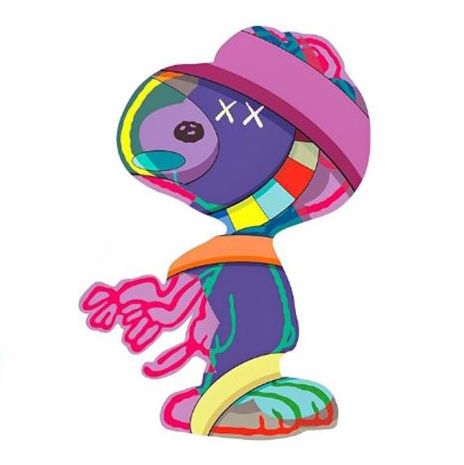 In a more colorful rendition, KAWS’ Snoopy Set consists of three screen prints of the character, including No One’s Home, The Thing That Comforts, and Isolation Tower. Each piece depicts Snoopy’s distinct silhouette. His outline is filled with abstract shapes and loose line marks – a nod to Schulz’s original drawings. The combination of bulbous shapes, cartoonish details, and classic “X” motifs make each piece uniquely KAWS. 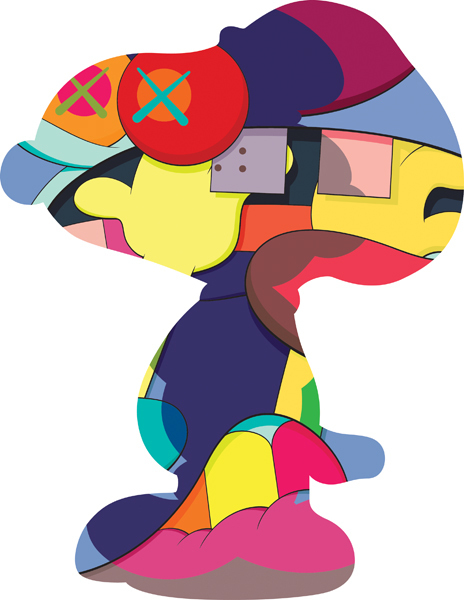 KAWS speculates, “I think Peanuts is part of being a kid in America. Whether it’s the Great Pumpkin on Halloween or just seeing a different cartoon in the paper, it’s sort of around everywhere.” Now thanks to KAWS, Snoopy and the Peanuts gang has become a fixture in contemporary art collections as well.