Katherine Bernhardt is known for her fast, messy paintings depicting everyday images. Her subjects range from cigarettes and Windex bottles to toucans and tropical flora, Over the years, she’s leaned into the “my kid could paint that” criticisms that she would sometimes face. Painting the creatures and cartoons that influenced her own childhood, Bernhardt adds her raw twist to beloved characters. 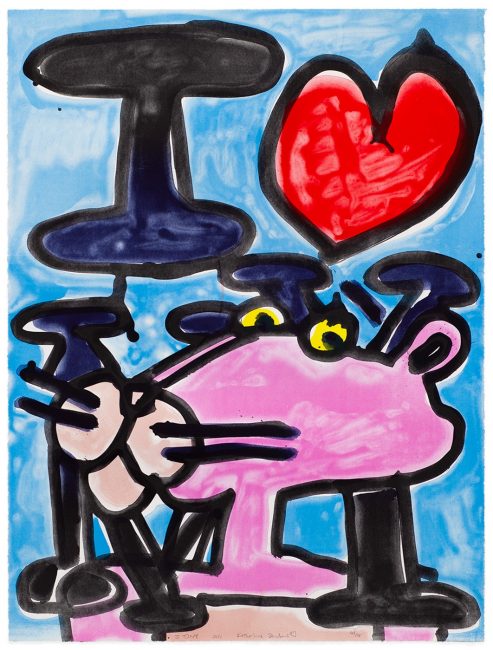 Bernhardt once stated, “I think the best painters don’t intellectualize their own art—they just make stuff.” Insisting that color choice and combinations take priority, it’s no surprise that the Pink Panther’s vibrant color is what first attracted her to painting the familiar character. Bernhardt has made many variations, setting him in the foreground of miscellaneous symbols like toilet paper rolls and scotch tape. While many suggest that it’s the artist’s take on consumerism, she explains that her combination of unrelated topics was her attempt at achieving “nothingness.” 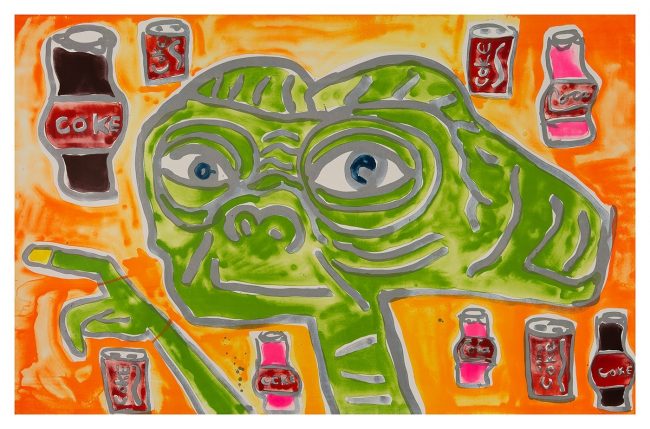 Bernhardt describes ET as having a huge influence on her childhood. Her solo show titled, Done With Xanax, featured many portraits of the alien in Bernhardt’s signature pattern-making style. By combining her own childhood obsession with objects from popular culture, she proved that subject matter doesn’t have to be elite to be inspirational or worthy of painting. 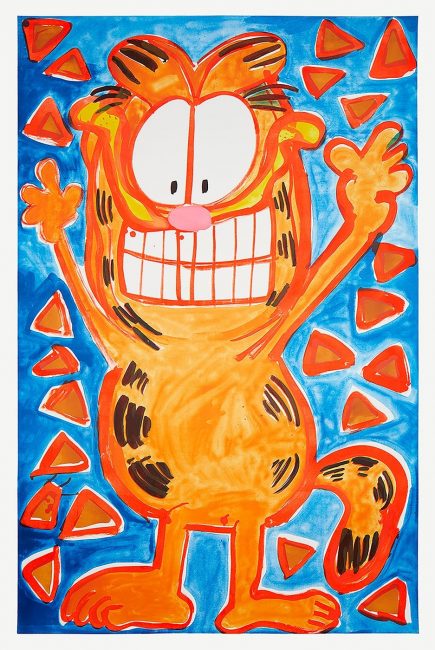 Bernhardt was dubbed by Jerry Saltz as the female “bad boy” of painting. Her aesthetic echoes a disregard for the traditional rules and limitations of fine art. In Bernhardt’s case, this includes painting from photographs, deliberately splashing wet canvases, and not caring how one’s art is interpreted. While popular characters have been referenced in contemporary art for decades, Bernhardt’s carefree approach offers the refreshing take of painting subject matter for fun rather than meaning.