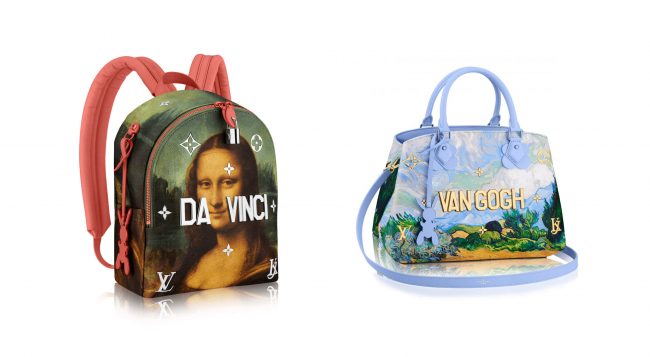 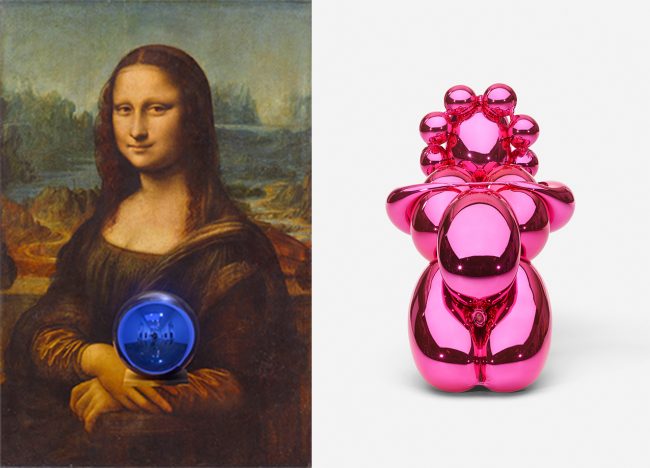 With collections such as the ‘Gazing Ball’ or Balloon Venus, it is no surprise in his choice of paintings for the collab, as Koons‘ notoriety lie in his ability to blur the line between art and pornography.  Ranging from Fragonard’s provocative painting of a partly nude young woman playing with a fluffy dog in bed, Titian’s sensual kiss during ‘Mars, Venus and Cupid’ painting, to Ruben’s powerful ‘Tiger Hunt’, the line is not simply of luxury bags, but an artist’s meditation on the masters, in handbag form. 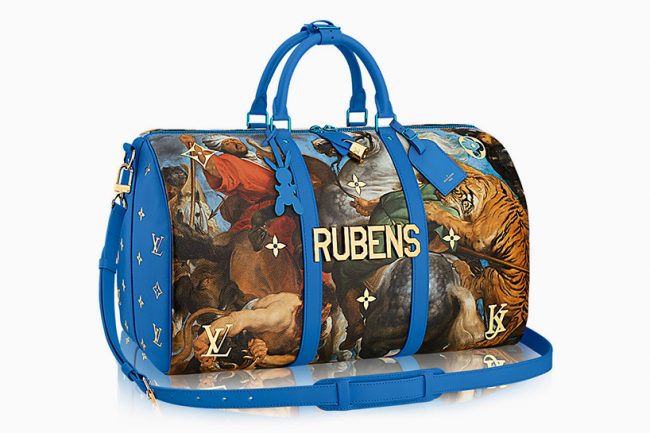 Koons has draws inspiration from his earlier series, “Gazing Ball’, where replicas of 35 masterpieces by artists such as Manet, Rembrandt, DaVinci, Klimt (among others) were interrupted by a blue glass ball placed in front of the painting. The collaboration with the french fashion house builds on this theme by emblazoning the centuries old chef-dœuvre works on signature Louis Vuitton pieces, creating an enthusiasm for great art in a language people in the 21st century understand. 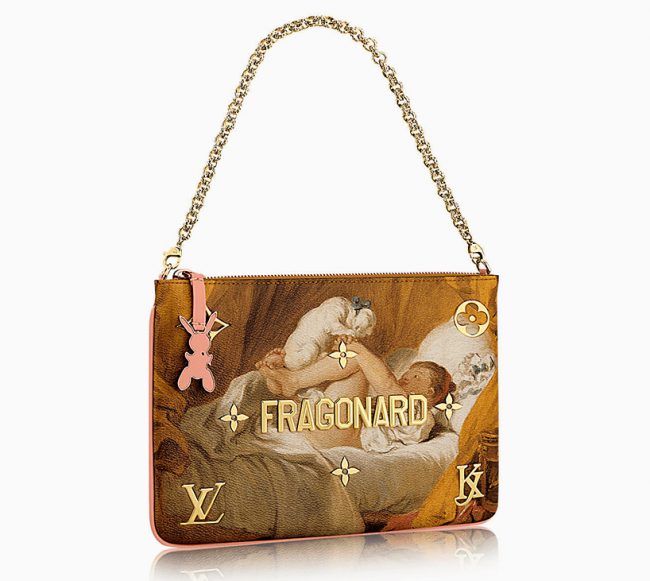