Javier Calleja is a Spanish artist who gained worldwide recognition for his character paintings, sculptures, and installations. The figures are known for their realistically rendered eyes and contrastingly flat backdrops. Often paired with darkly humorous text, Calleja lets the characters speak for themselves and relies on the viewer to form their own stories for his work. After several international shows and a hugely successful market in Asia, it’s clear that something about the large-eyed figures resonates on a universal level. 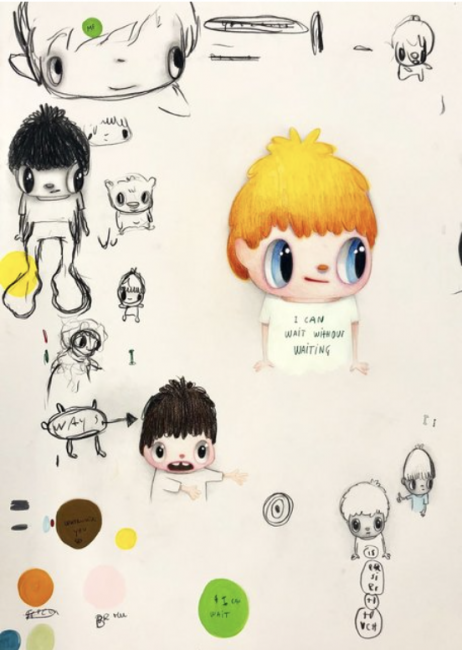 I Can Wait Without Waiting by Javier Calleja

When talking about how his characters were developed, Calleja cites comic books and cartoons as having a major influence. He recalls, “I started drawing as a child, so my work developed from there and still carries some of those characteristics.” The characters’ youthful and often androgynous appearance is no accident. Calleja describes childhood as the happiest time of his life, saying, “ When I was a child, there was a moment when my sister and me, we were the same. You can go anywhere together, you are always playing, the body is the same, and that was a really, really happy time.” His figures carry a sense of optimism and playfulness that only comes from youth. Calleja recalls wanting to capture the moment after a child stops crying when they forget what they were sad about in the first place. Thus, the liquid-like eyes and soft expressions were born. 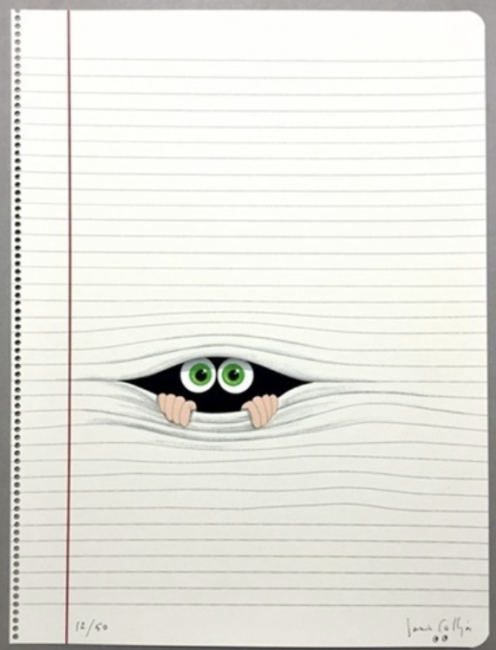 Between The Lines by Javier Calleja

Calleja recalls having a tough time breaking out in the 1990s, where the climate was dominated by highly intellectual and conceptual work. As the artist says himself, simple is not always easy. He describes looking for a “magic moment” when he paints. He revels in the moment the viewer shares with the character at first glance, before further examination. Eyes are said to be the windows of the soul and for Calleja, the place where people hide their most important thoughts and emotions. His characters are begging to be seen and projected on. In this way, Calleja depends on the viewer to do so. His compositions are carefully spaced to give the characters room to be focused on, with minimal distraction from the backdrop and props. When text or everyday objects are added, it’s to provoke further introspection from the audience. 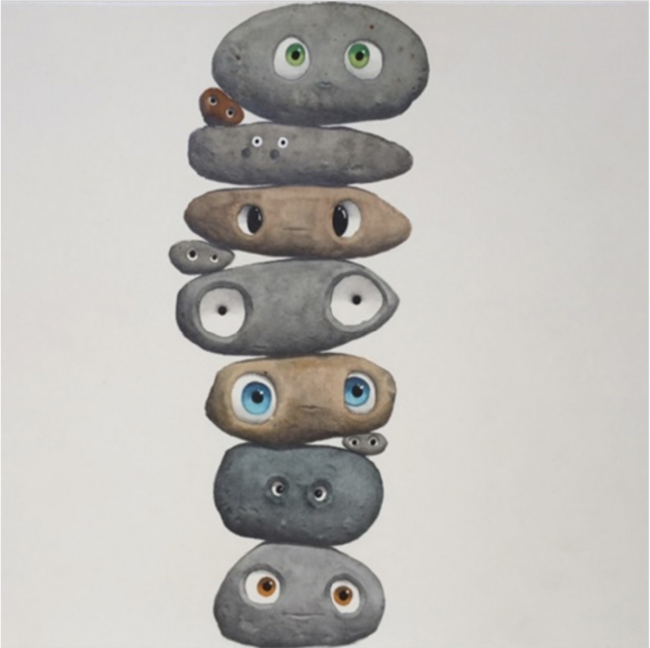 Today, Calleja’s pieces are largely sought after and notoriously hard to get. The artist says, “each painting is like my son,” and describes getting more and more attached to his paintings as time goes on. It’s hard not to feel connected to the figures. Calleja’s unique blend of whimsy and familiarity is what makes his pieces so universally attractive and keeps him at the forefront of the contemporary art scene.