Anonymous French street artist, Invader, has “invaded” over 77 cities across the globe with his video game-inspired art installations. Invader got his original inspiration from the invader icon of the popular 1970s game, Space Invaders. He deemed them “the perfect icons of our time,” going on to describe technology as “the heartbeat of our world.” The artist now invades the walls of galleries and personal collections but his passion for digital art remains the same, especially when it comes to gaming. 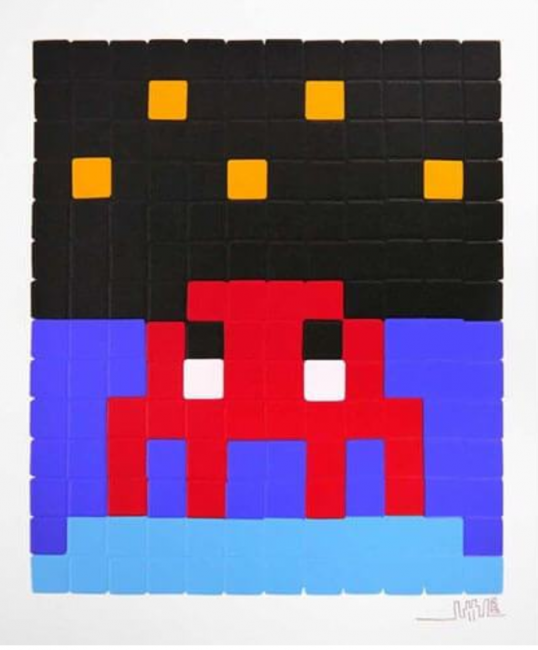 Invader got his rise turning tiles into mosaic replications of the Space Invader icons. He has since expanded into other gaming universes including Pacman, Super Mario, and Sonic. The pixelated style that arose out of using tiles works to his advantage, bringing a retro feel to the classic gaming images. In 2014, Invader released an actual game out of finding and logging his street art. The mobile app, Flash Invader, rewards users who capture pictures of his art in the real world with digital points. 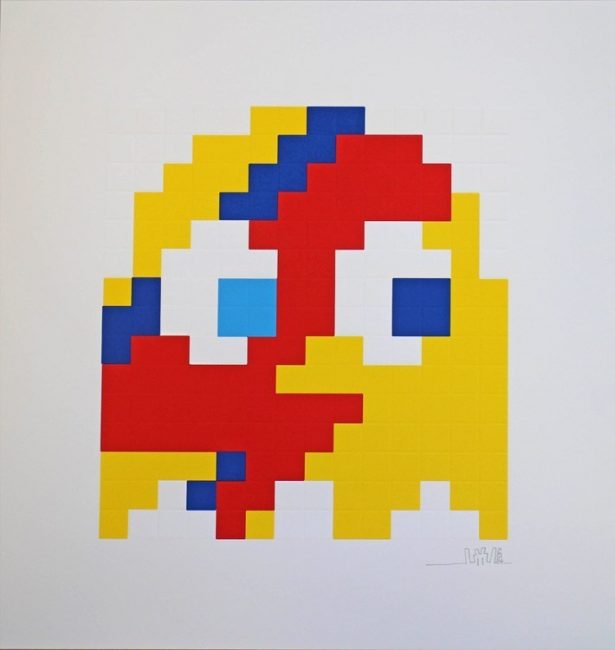 Invader’s portfolio now includes characters from other forms of media – he’s digitized iconic paintings, movie scenes, and cartoons. Even with new inspirations, the artist never loses sight of his gaming origins. The most recognizable characters are turned into pixelated, sprite versions of themselves that look ready for digital play. As his style enters the two-dimensional, the pixel and grid method still makes every piece instantly recognizable. Through his style and application, Invader has made a game out of invading the physical world with a digital one.