Introducing Thomas Agrinier, a french artist born in 1976. His immediate and dazzling success convinced the biggest French and German collections. 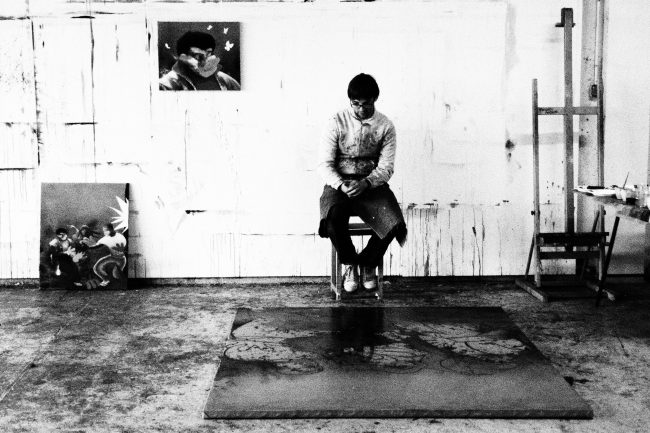 Thomas Agrinier’s paintings, at first glance, amaze with their borrowings: faces from comics, characters from television series, a bestiary reminiscent of classic cartoons, kitsch aesthetic, and allusions to Bacon. Self-taught, Thomas Agrinier comes from a musical universe. I could hear in front of his paintings free jazz or acid rock, in short, music without repentance.

“A kind of simplicity is happening, which I want to exploit”, says the artist, born in Lyon in 1976, and who became Parisian two years later. Former guitarist and composer, hip hop and jazz trendy, for ten years he has devoted himself entirely to painting, practiced as an autodidact since the age of nineteen. It is by dint of experiments, sticking stickers for example, that he designed an original pictorial way, profoundly renewing the adventure of Figuration. By multiplying the layers, by wiping them by hand, by cooking the material of each canvas for a month, by playing “the graphic and the organic” until the “optical illusion” works wonderfully. , he manages to ensure that “the eye can wander well, on condition that the primary intention is still there”.

“Characters are self impelled within static, fake-looking surroundings. An abstract hustle and bustle puzzles and derails a figurative painting where the atmosphere is distorted, always reminiscent of childhood. Joy, energy, child’s play… What’s the time Mr. Wolf! The apprehension that the game can turn bad at any stage inhabits the canvas. It’s dinner time! A unique approach to painting where imagination offers never-ending possibilities; inspired by cinematic phrasing and familiar visual references. Simon says a warped space-time dimension, cartoon-style!” 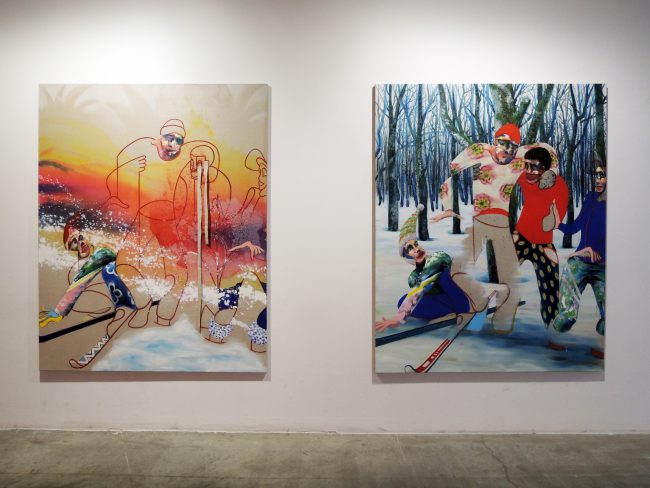 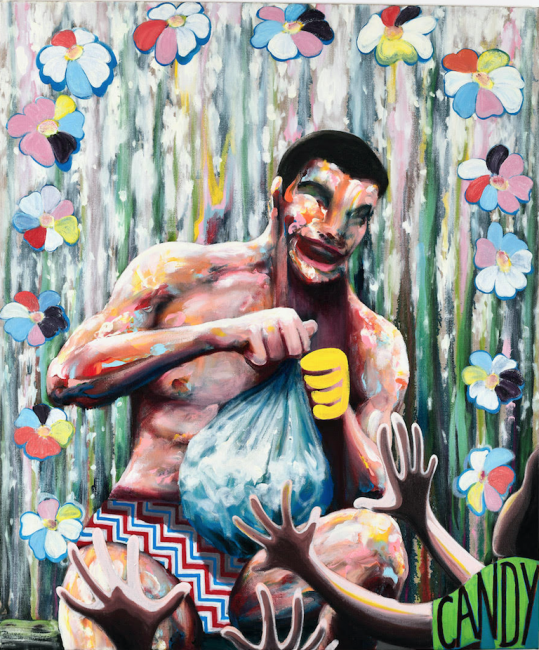