“I paint so I can say the things I don’t necessarily want to write down.”

Roxanne Sauriol Hauenherm is a Canadian-based artist currently living in Montreal. Her paintings speak to the livelihood of women and by extension, herself. Sauriol pairs relatable imagery with religious icons and references from the past. With pieces like Your unsolicited dick pics and The birth of venus or wtv life means, she’s able to capture the attitude of a generation on their jaded search for deeper meaning. 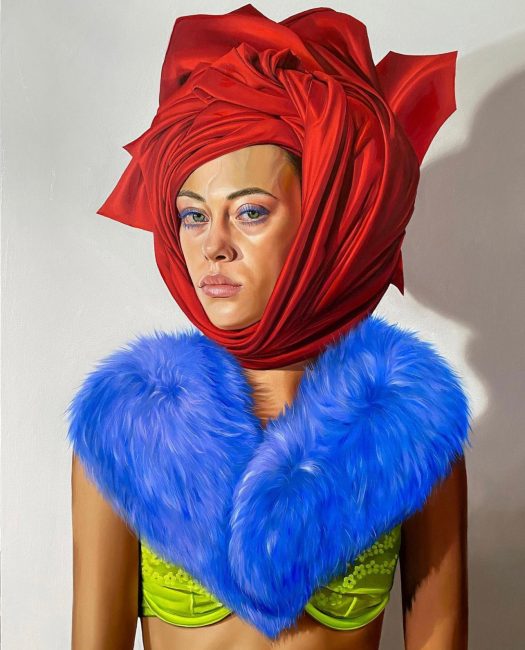 Sauriol began painting after what she described as a “precarious living situation.” As a new mom, she traded bartending for bristles and began honing her skill. She writes, “I picked up brushes one day and decided that’s what I was going to put all my energy in until it pays off.” Now with paintings in collections across the world, it proved a worthy feat. 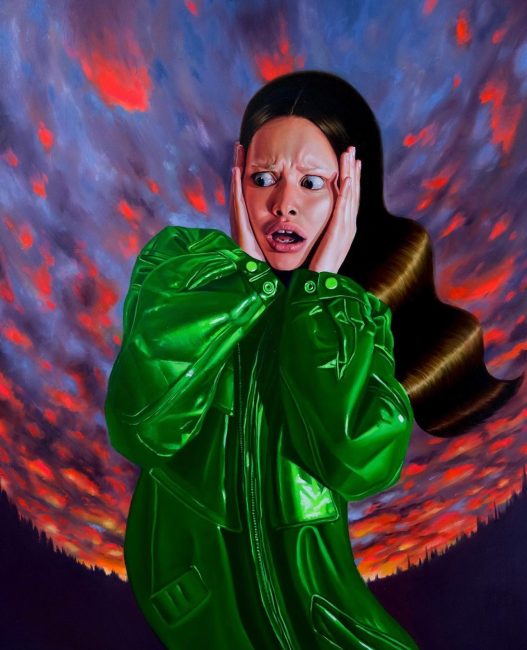 The Scream by Roxanne Sauriol Hauenherm

Sauriol’s work is filled with religious imagery and nods to the classics. She explains that she aims to make her work dramatic, if only to point at the absurdy. She writes, “People rarely laugh when they see the work even if it’s often the reaction I was aiming for.” As an artist, Sauriol considers her job to be an interpreter of what happens around her. She describes the historical references as a comment on the cyclical nature of society. While idols change, the need for something to worship remains.

Your Unsolicited Dick Pics by The Scream by Roxanne Sauriol Hauenherm

As her work evolves, the female form remains a consistent theme. Sauriol considers the women in her paintings as an extension of herself. She explains, “It’s easy for me to build a narrative when I’m using a subject I can relate to.” She also considers her model when creating the narrative around her pieces, thinking about what that person would want to hang in their own home. As a result, each painting is a personal testament to the women in them.