Petra von Kazinyan is an emerging artist based in Vienna, Austria. Her work focuses on the human ego and the identity it takes on in a post-modern world. Oscillating between abstraction and realism, her work ranges from lifelike portraits to expressionist strokes. Her latest series, ANIMALIA, features a duality between the two. 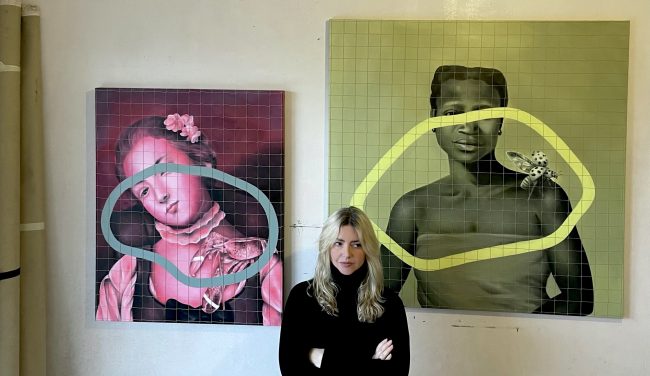 Von Kazinyan describes the series as capturing fleeting moments. It plays at the intersection between the surreal and unexpected. The addition of grid-like netting adds a structured twist and alludes to the digital age we find ourselves in. Von Kazinyan’s historic base images are inspired by the “Galleries of Beauties” – collections of aristocratic portraits from centuries past. While representing the beauty ideals of the past, they also give the appearance of an ultra-contemporary aesthetic. 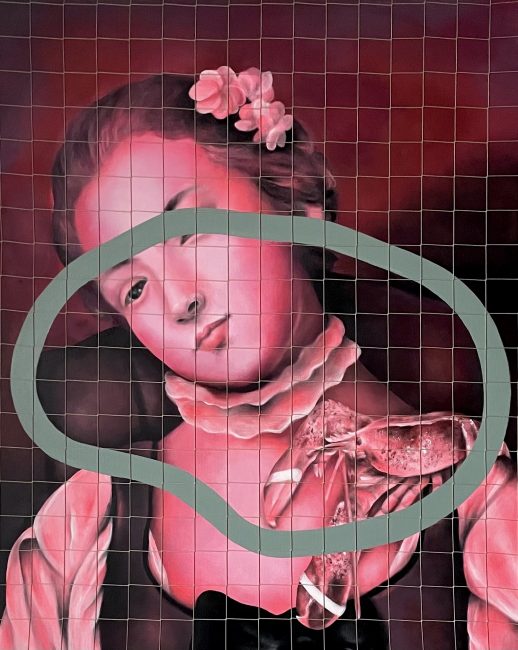 Each piece features a creature adorning the subjects’ shoulder. According to von Kazinyan, the animal element is inspired by the work of Kafka. She also attempts to capture the attitude of carelessness in which animals interact with humans and their artifacts. She describes, “the fly on the cheek, the butterfly on the arm or the dove on the monument.” 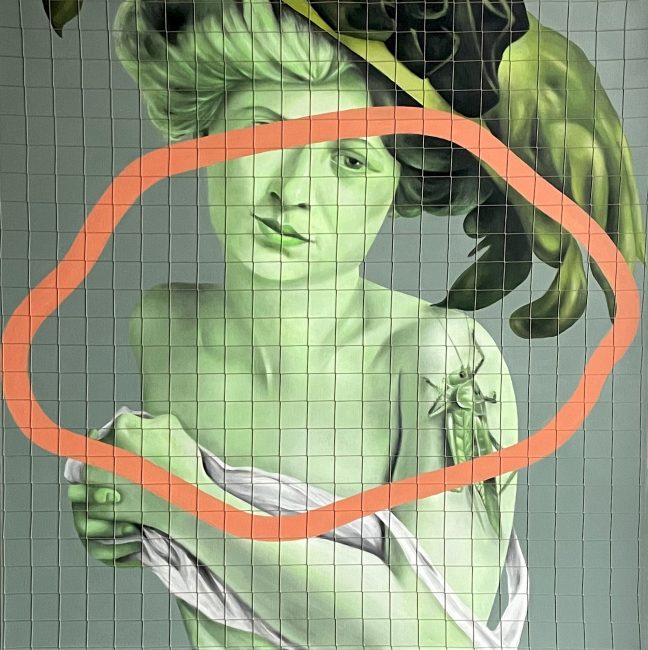 The Smell of Mandarins by Petra von Kazinyan

All of the pieces in ANIMALIA feature a pastel, organic shape. The closed, freeform circles embody the cyclical nature of life and human culture. They also add a layer of familiarity, using colors and shapes that are popular in contemporary design and decoration right now. Von Kazinyan illustrates how attractive simplicity becomes during a time that feels increasingly complicated. 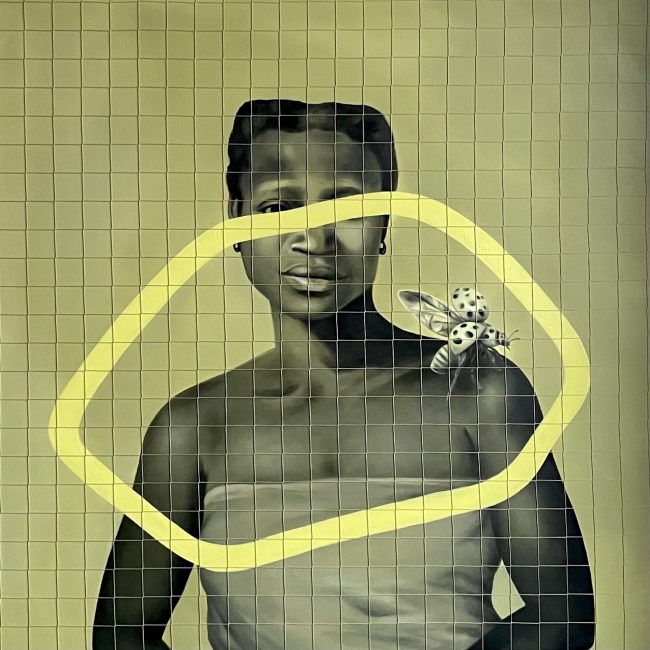 The addition of netting is based on the bird protection nets von Kazinyan would see on sculptures around the Viennese Hofburg Palace. The caged-in netting creates a barrier that feels neatly contained and yet unapproachable. It contrasts the casual coexistence of the creatures and human models. The netting can also be seen as mimicking the grid-based systems of a digital age. 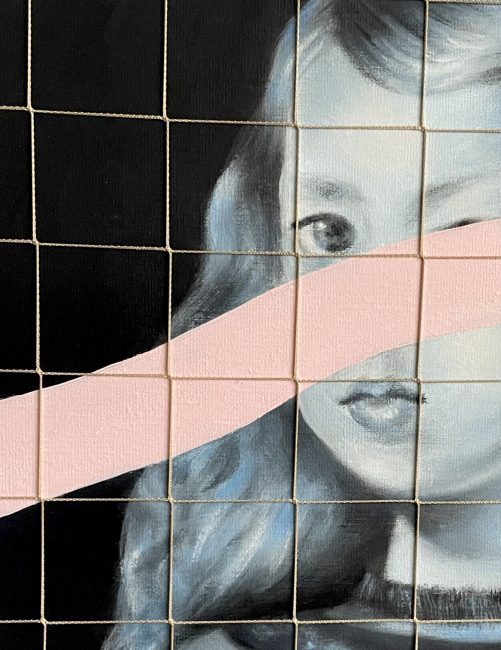