Guy Hepner is proud to present Important Works on Canvas Exhibition which includes a wonderful display of talented paintings by award winning artists ranging from street art to fine art to pop and urban. The paintings deliver impacting messages which vary from contemporary social issues to commenting on effects of commercialism and some even exploring personal experience. 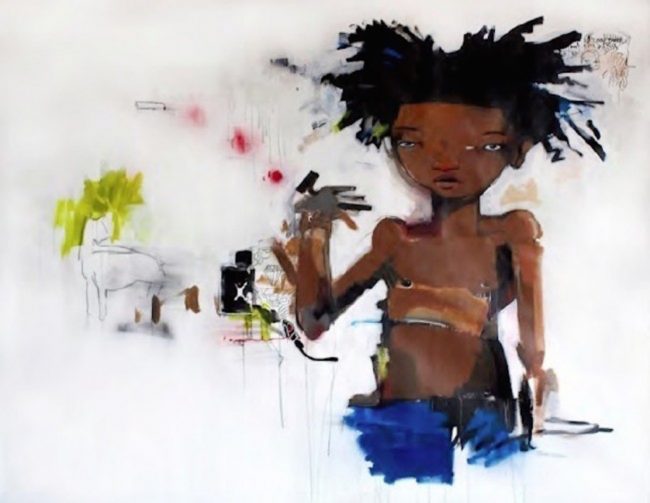 Beginning in the Exhibition is Hebru Brantley, one of the countries fastest rising artists who skate boards with Lil Wayne and smokes cigars with Carmelo Anthony. Emerging from Chicago, the artist debuts at Guy Hepner with his Sean Samo Samo painting. The piece incorporates a major idol of his, Jean Michel Basquiat, nodding to black American history and gritty urban life. Signature of Brantley, he paints Basquiat as a child, exploring the optimism and possibilities of youth. “The paintings don’t take themselves very seriously,” he says. “I’m a kid at heart. But they still have some of those darker undertones.” 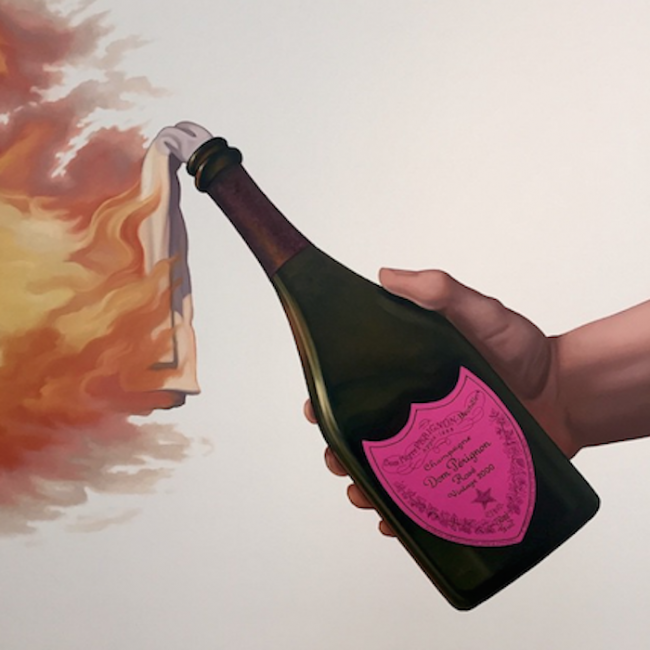 Bottle Service Too in the Pink by Market Price

Another piece included in this exhibition is Bottle Service, Too in the Pink by fine artist Market Price. Unlike Brantley, Chicago’s Hip Hop art star, little is known about the artist known as Market Price, however, his paintings are nothing short of enthralling. The artist takes one of the most prestige vintage bottles of Champagne, Dom Pérignon, whose auction prices are record breaking, and turns it into a molotov cocktail. His piece, along with its’ title creates a bigger picture, putting his own ironic interpretation on pop culture, society’s strive for wealth and its’ perception. 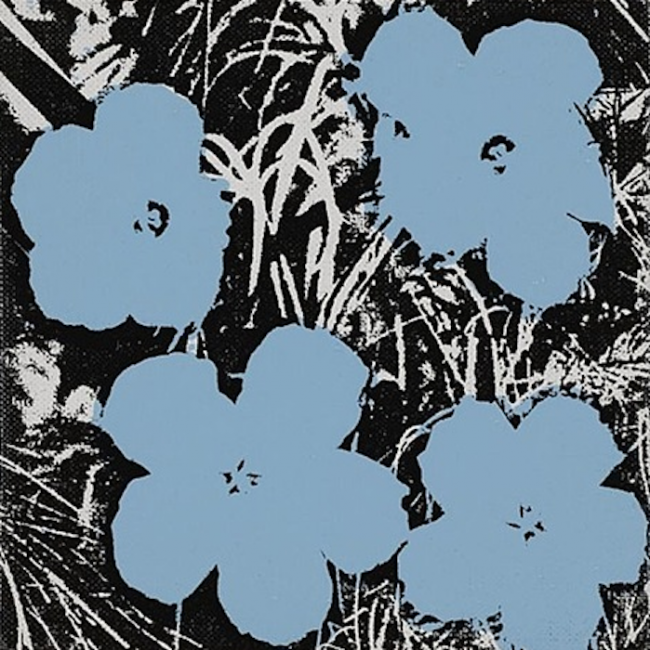 Read more about Important Works on Canvas Exhibition and the story behind  works such as Andy Warhol’s Flowers of Summer 1964, George Condo’s Untitled of 1984, D*Face Sweet Nothings, the hieroglyphics of Retna’s Black & Silver, and Virginia Broersma‘s Swish.

We welcome your visit, please contact us via email or phone to schedule an in person viewing.