In 1990 Keith Haring released a set of five embossings, each with a single symbol that had been born from the artist’s iconic style. Today, The Icons portfolio still remains one of the most sort after series created in his short life. 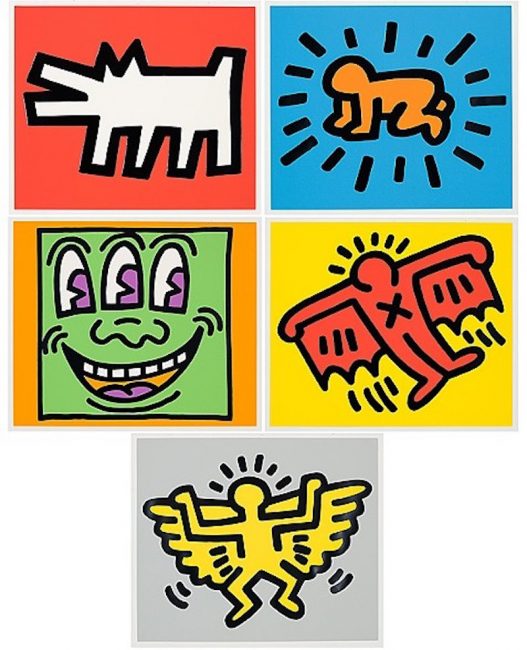 Keith Haring is recognized for his exclusive use of black and white, and typical use of primary colors. This portfolio is no different, with each image bold, simple and easily recognizable as his. A dog, a baby, a monster, a devil and an angel, these icons form a type of glyph that could be read like an urban, tribal language. 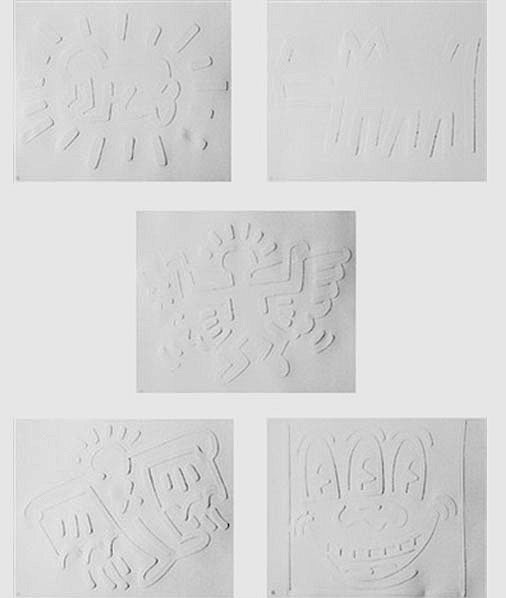 Made in 1990, these screen prints are authenticated by the Keith Haring Estate and are part of an edition of 25 that follow the classic pop art motif Haring is known for. Haring’s interest in art marketization and the commercialization of his signature icons. These icons became emblems of the artist’s social view, positive and negative. Struggle and anxiety seem to radiate from the images presented in this series. 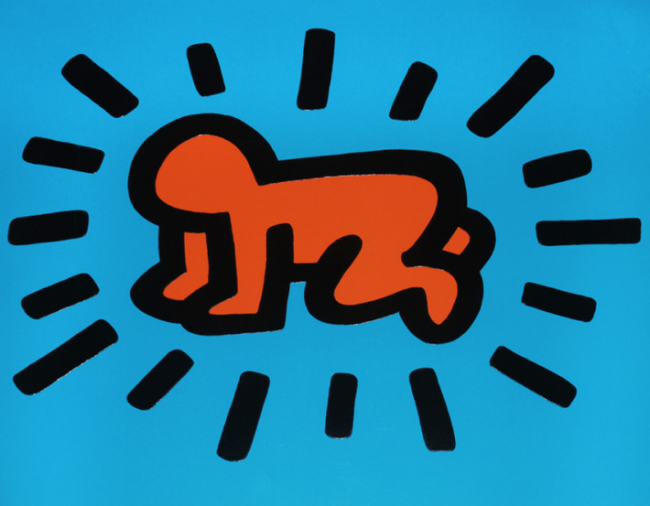 The Radiant Baby is Haring’s main tag and the symbol that represents the artist most frequently during his career. Haring explained the nature of this symbol as representing youthful innocence, purity, goodness and potential. 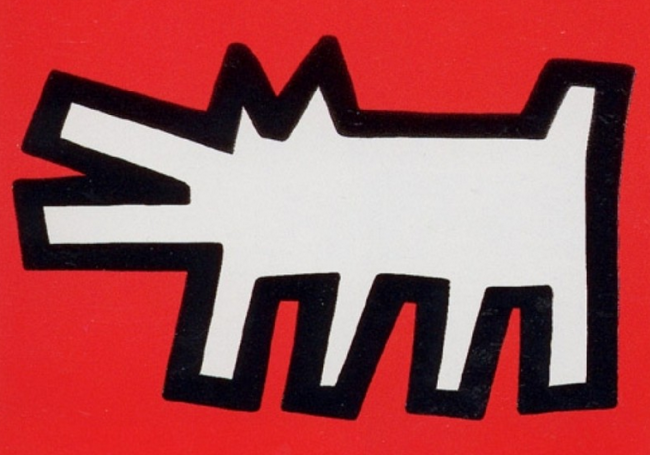 The Barking Dog, alongside the Radiant Baby, is suggested to be the artist most famous tag. This icon is known to represent numerous ideals in Haring’s works including an indication of action or suspicion, as well as, authoritarianism and abuse of power. 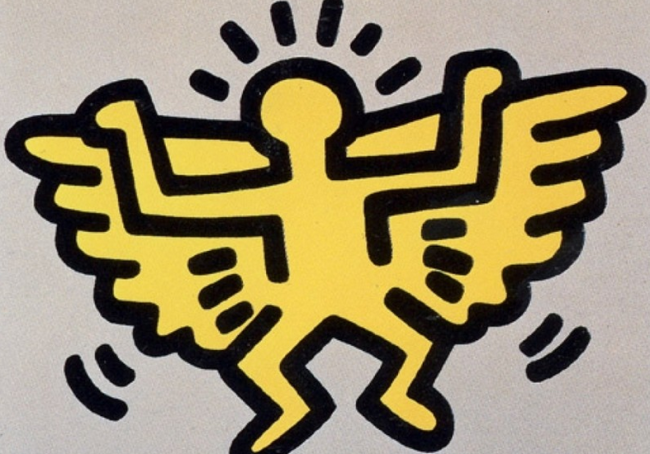 Haring used many religious motifs in his art to comment on the existence of heaven and hell, often from an anti-religious view. The Angel and Flying Devil icon are examples of this fascination a suggestion of spirituality. 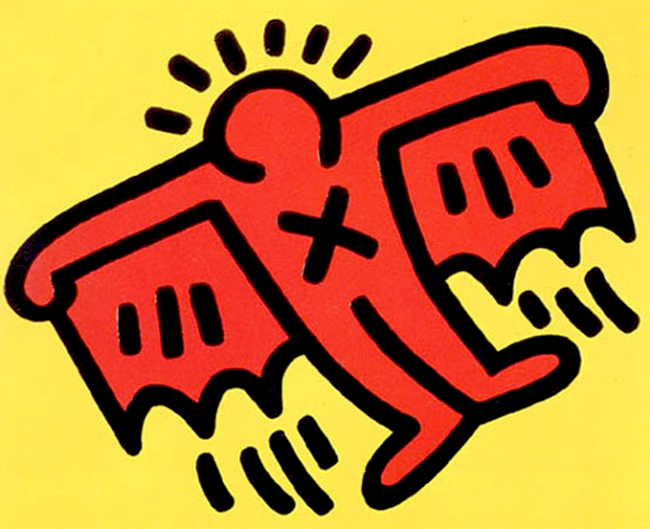 The Three-Eyed Monster is felt as a scary presence in Haring’s work and generally connotes hellishness, fear and death. Some have also suggested that the three-eyed face implies greed. 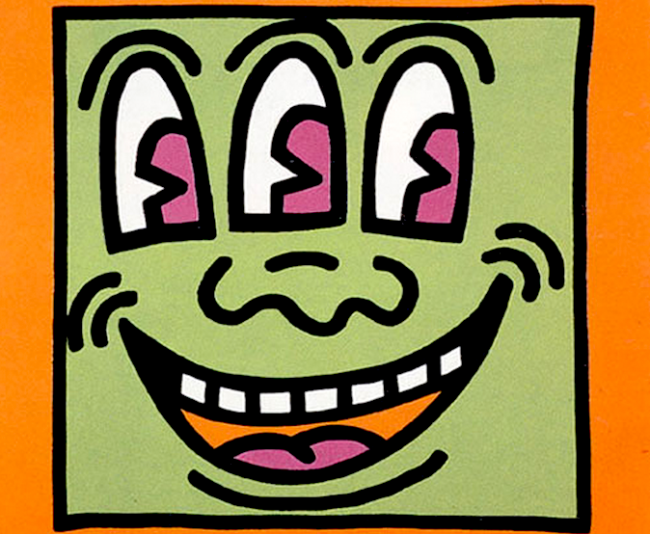 Guy Hepner is pleased to offer Icons by Keith Haring for sale. Inquire via phone or email today to purchase the individual prints, as well as the entire portfolio by Keith Haring.