Alec Monopoly has been spray-painting icons ever since he launched his career as a graffiti artist. Having worked in the urban environments of New York, Miami, Los Angles, Europe, Mexico and throughout Asia, his trade mark style quickly shot him to celebrity status. 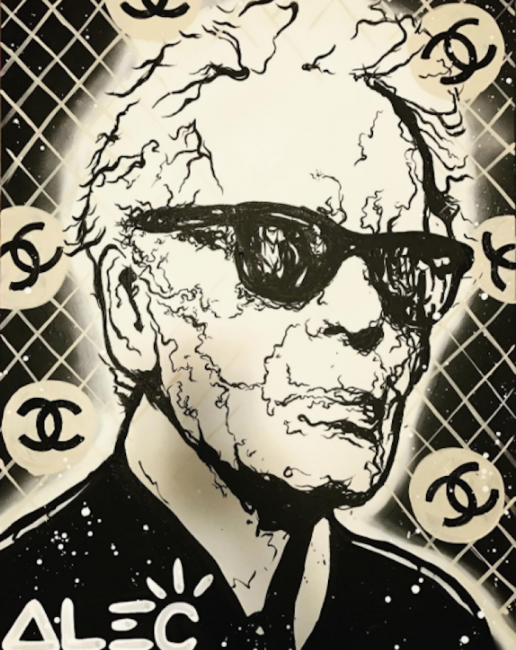 Alec’s work centers around the board game’s mascot, Rich “Uncle” Pennybags a.k.a the Monopoly Man. And like the icon himself, Alec sports a black top hat as part of his pseudonym identity. The artist first painted variations of the Monopoly Man in 2008, when the economy crashed, as a commentary on capitalism, consumerism and corporate greed. 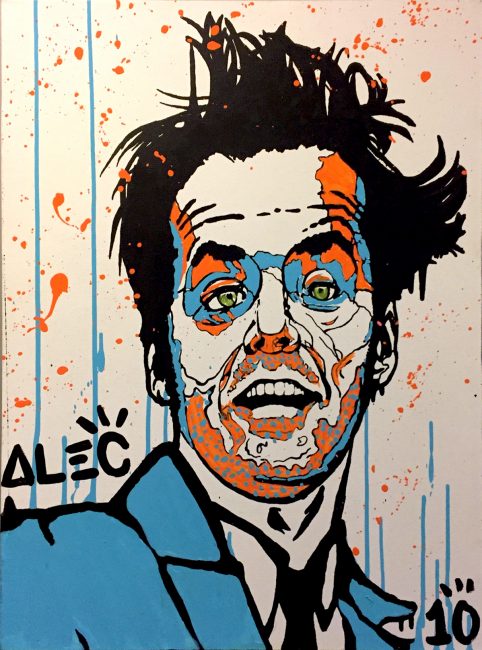 “He’s not only an American icon, but recognized on a global scale. I feel that Mr. Monopoly, Rich “Uncle” Pennybags, represents capitalism, but my use of his image is more about reminding the general population that we are all a part of game that anyone of us can win. Sometimes the things that causes us hardship, could be very well, the thing that gets us out of that hardship.” 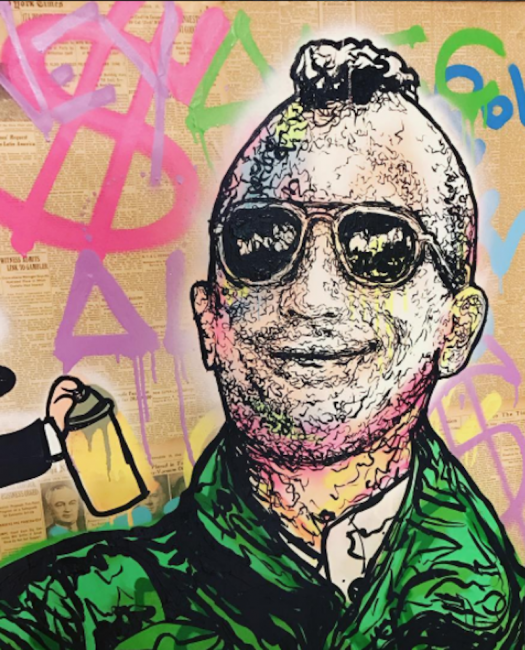 Although the artist most famous icons appear as the fictional characters Monopoly Man, Scrooge Duck and Richie Rich, Alec has also painted many portraits depicting his own interpretations of celebrity icons that show up repeatedly in his work. Since his fount of inspiration is American and popular culture itself the portraits of Jack Nicholson, Karl Lagerfeld, Robert De Niro, Michael Jackson, Bob Dylan, Goldie Hawn and Twiggy have graced the streets and galleries. 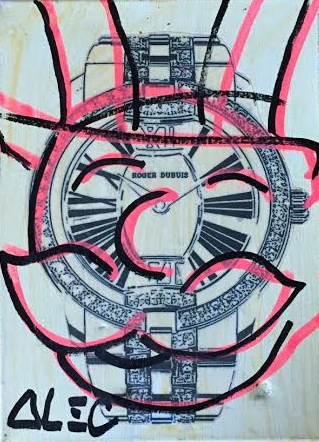 “If I could just paint on walls all day long, that would be all I do, but I’m not selfish with my work. It’s important to do canvas work because one day the walls can be painted over or taken down, but the canvas will live on forever. Painting on walls is more fun for me because it’s exposed to everybody, not just art collectors or enthusiasts.” 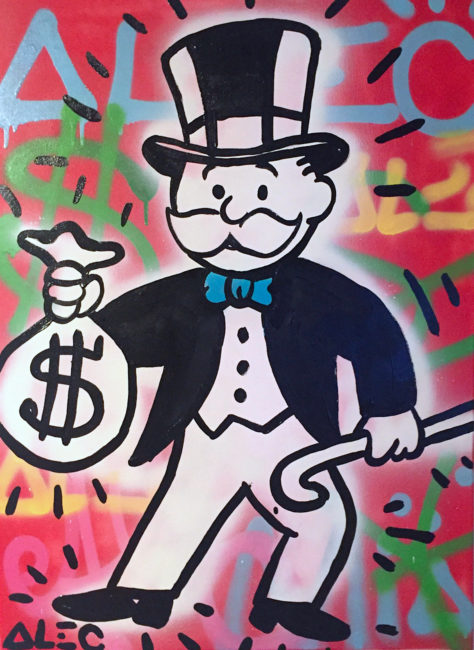