Guy Hepner is excited to present Herr Nilsson’s upcoming solo exhibition in our new Chelsea location on September 7th, at 7 pm. This past week, in collaboration with Guy Hepner, Swedish street artist Nilsson has ventured to the streets of Stockholm where he has created a series of five new murals inspired by Caravaggio’s most famous works. 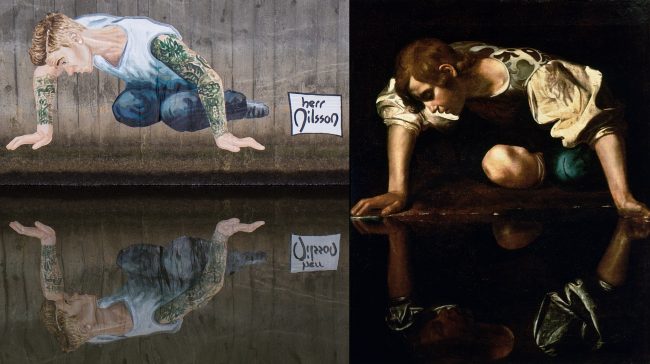 Similar to Caravaggio’s depiction of Narcissus, Nilsson reinvents the scene with celebrity Justin Bieber admiring his own reflection looking at a lake in Stockholm. Here, Nilsson combines old and new, commenting on repeated themes in culture and art that can still hold true in today’s society. Close by, he creates Disney’s Maid Marion in a rather evil light, carrying a sword and the head of Robin Hood, mimicking Caravaggio’s “David and Goliath.” He contrasts the dark concept of the mural with Marion’s hot pink cartoon-like ensemble, staying true to her original appearance, while still combining it with a new concept. 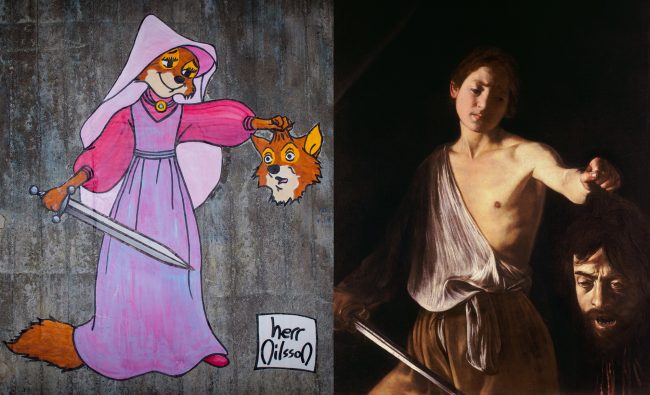 Next, Nilsson designed a mural that nods at how society views certain symbols, in his creation of “Ronald with a Basket of Fruit.” This particular mural mimics the exact gestures and emotion of Caravaggio’s “Basket of Fruit.” 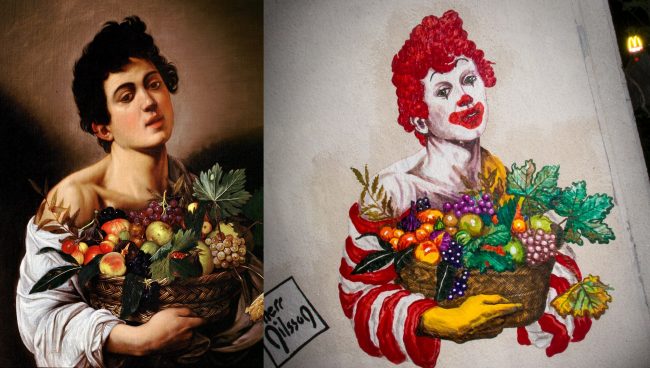 “I’m a big fan of Caravaggio’s paintings and also very fascinated by his life and destiny. He was deeply religious and often hired by the pope and the cardinals in Italy because of his painting skills. But, at the same time, he was also a trouble maker, ending up as a brutal killer and looked upon as a sexual pervert. This duality of life is very inspiring to me.” Says Nilsson, famous for his sugar coated shock paintings of children characters wielding guns and drugs. 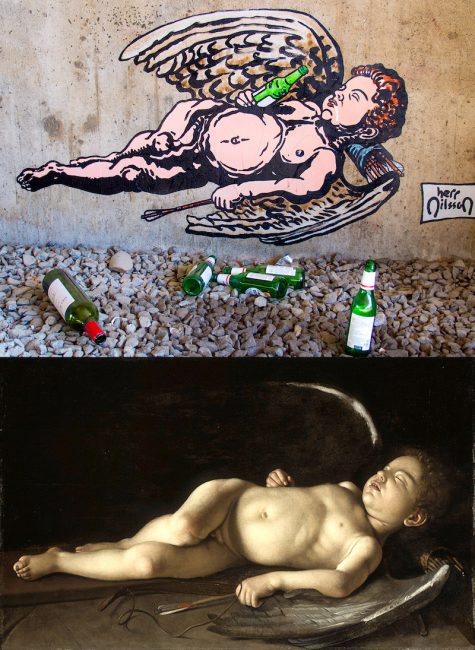 Nilsson’s fascination with Caravaggio is extremely telling to his style as an artist. Nilsson often develops a concept of ‘good and evil’ throughout his artworks. He is best known for taking characters with positive reputations and painting them with items that have negative associations. Nilsson creates artworks that at first glance look innocent, but often have a definitively risky factor such as Winnie the Pooh smoking pot. Not only does he do this with disney characters, but also with religious symbols including the Dalai Lama- depicting him holding a cigarette and can of coke. 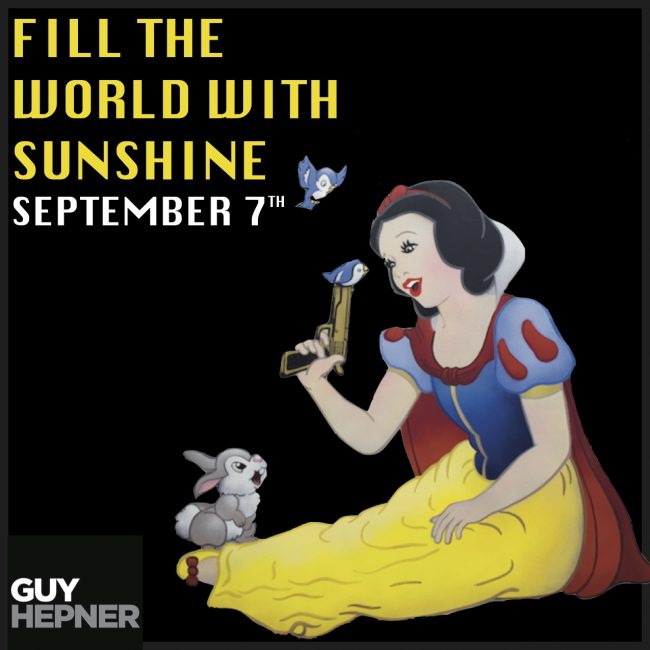 To view his works join us at our first ever exhibition opening at our new location, on September 7th at 7 pm. For more information visit: event