As part of his “Clean Street Art” project, Herr Nilsson unveiled a replica of Spongebob Squarepants in Stockholm’s popular nightlife region. Using trash retrieved from a nearby lake, the sculpture weighs in at a hefty 220 lbs. It consists of discarded washing machine parts, golf clubs, and to top it all off, a disabled gun aimed at polluters. 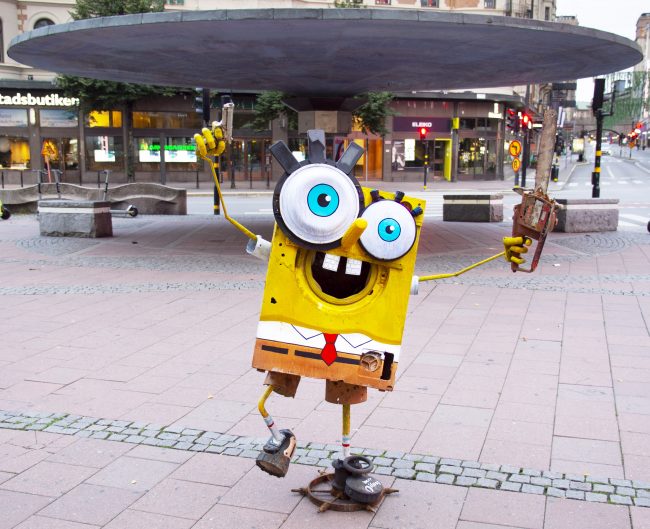 The materials were recovered by Rena Mälaren, an organization dedicated to cleaning up toxic waste from Stockholm’s waters. The parts were previously sitting at the bottom of Lake Mälaren.

“Thanks to Herr Nilsson’s art, people get aware of this ticking, toxic bomb that lies underneath the surface”, said Fredrik Johansson, founder of Rena Mälaren.

The non-profit is dedicated to cleaning up Stockholm’s heavily polluted waters. So far Rena Mälaren has rescued a shocking amount of materials, surpassing 150 tons this year. Materials range from heavy metals like scooters, boats, and lead batteries to more dangerous weapons, including guns and ammunition.

Nilsson comments, “I immediately saw the body of SpongeBob for my inner sight when the laundry machine reached the surface. I was on site that day, helping the divers retrieve garbage from the lake. Together with the gun they also found on the bottom, SpongeBob became the perfect avenger from the water, or party gangster, at the most popular nightlife area in Stockholm.”

Past sculptures include a trash replica of Disney princess, Ariel, also made from garbage fished out of the waters. Nilsson promises more sculptures will be appearing in the future. 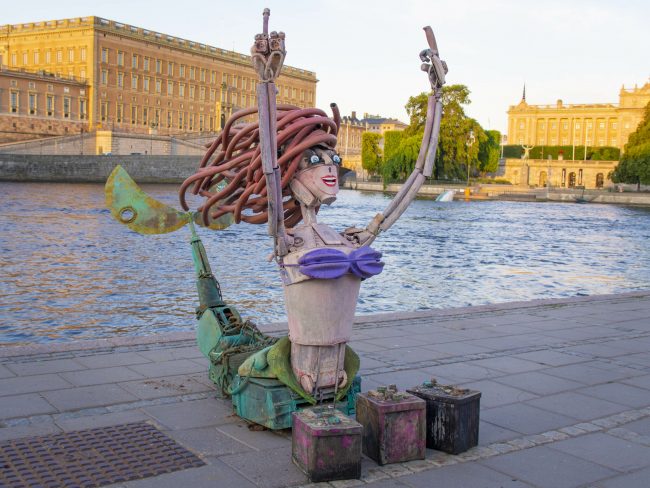 Part Of Your World by Herr Nilsson

Nilsson is known for reimagining Disney princesses and other childhood characters in a dark light. He emerged from the street art scene in 2012 when princesses wielding guns and knives started popping up around Stockholm. By using the familiar faces of childhood, Nilsson sheds light on the uglier issues people are hesitant to confront. 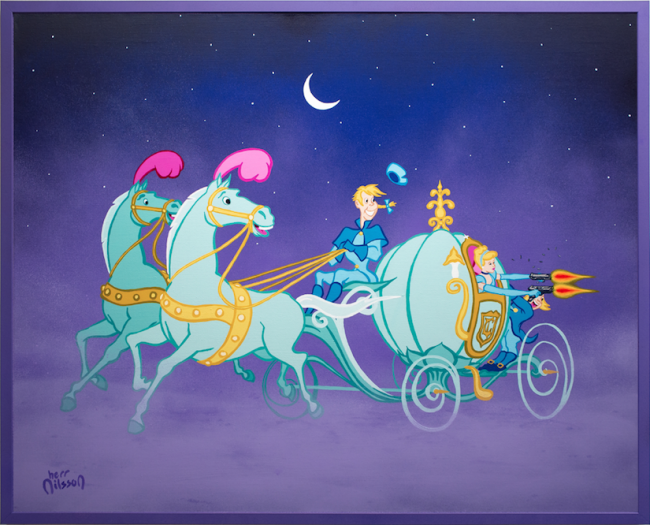