Harland Miller: York, So Good They Named It Once

Harland Miller: York, So Good They Named It Once

Harland Miller: York, So Good They Named It Once will feature some of Miller’s best-known works alongside new paintings created especially for the exhibition. 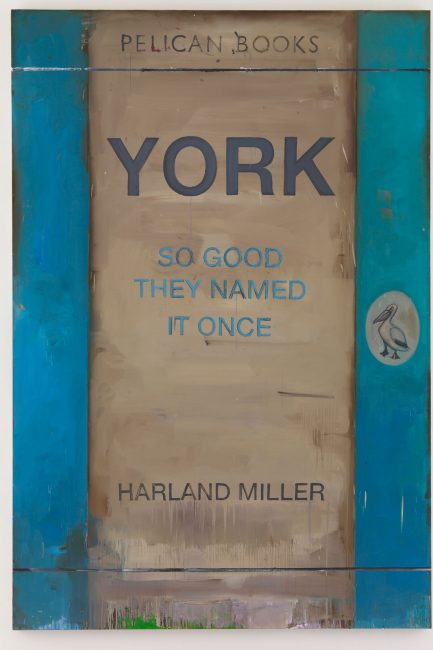 These include his renowned ‘Penguin Book Covers’, inspired by the dust jackets of volumes from the 1950s and 1960s, and the ‘Pelican Bad Weather Paintings’ which evoke the culture and geography of Yorkshire as a whole.

The displays will include more than thirty works shown over three galleries and explore Miller’s formative years growing up in Yorkshire in the 1970s, which he cites as key to his artistic development.

Becky Gee, curator of fine art at York Art Gallery, said: “We are thrilled Harland has chosen to host such a personal mid-career retrospective here with us in his home city. Harland states that his Yorkshire roots continue to exert a strong influence on his work, and a tragicomic connection to place can be seen through this brilliant collection of paintings which celebrate his relationship to the city and county of his upbringing.”

Miller said, “I grew up in Yorkshire in the seventies – during the miners’ strike and the reign of the Yorkshire Ripper – and looking back, these times seemed quite dark, quite literally when you had the power cuts too. Though it never really struck you as a kid why, instead of watching telly, you were suddenly playing Monopoly by candlelight with your family. It did bring people together though – as a family that is the only thing I remember us doing together.

It’s an honor to return to my hometown and show my work at York Art Gallery. I think it is true of most artists, that whatever success they’ve achieved in the wider world, the significance of having that recognized in their hometown or city is totally unique. There is both a historical and emotional context which simply isn’t present and cannot be manufactured for any other exhibition.”

The exhibition will be split into three sections. These are: 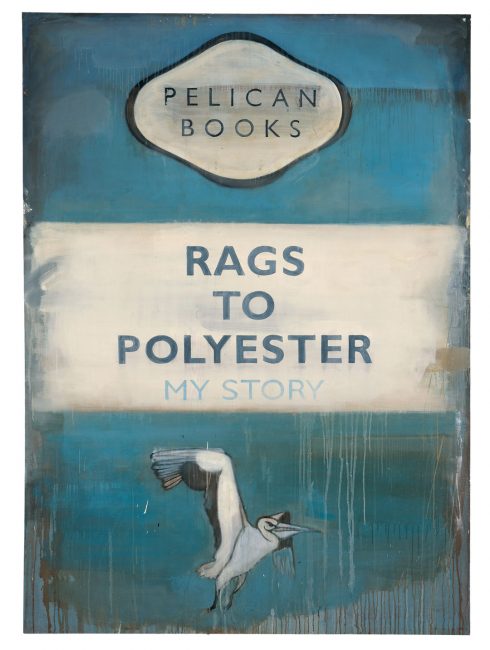 Pelican Books, the non-fiction, an educational imprint of Penguin books, were present in Miller’s childhood home – his dad collected old books, buying ‘lots’ from salerooms, in the hope of finding the first edition among them. The ‘Pelican Bad Weather Paintings’, based on the dust jackets of these books, make wider references to the culture and geography of the North of England.

Many of the works included in this section make reference to Yorkshire and its coastline. Such allusions – drawn most notably from the fishing and seaside towns around the Yorkshire coast, where the artist spent the summer holidays of his formative years – inspired works like BRIDLINGTON 93,000,000 Miles From The Sun and WHITBY The Self Catering Years. Apart from the use of language that characterizes this series – which Miller attributes to the way

“Humour replaces or does instead of stoicism in the North of England” – these works also refer formally to Miller’s time in New York, where he experienced first-hand American Abstract Expressionism and Pop Art, all of which can be seen to contribute to the overall make-up of these paintings. 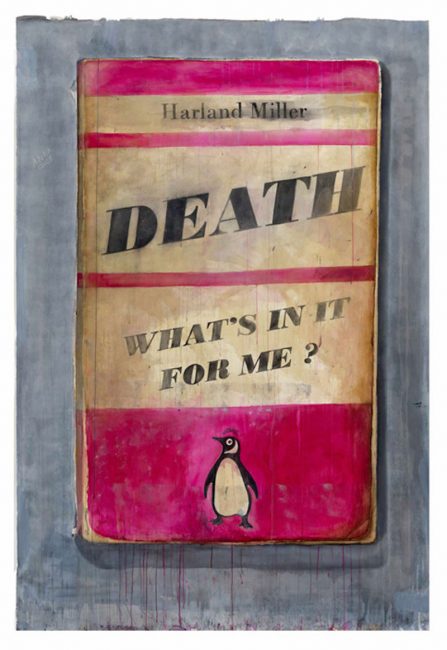 Death, What’s in it for me? by Harland Miller

Miller started painting book covers while living in Paris during the 1990s. At first, these were copies of French pulp novels from the 1950s for which he substituted titles germane to his own experiences such as International Lonely Guy. Re-titling books became an important part of his process, and when Miller discovered a cardboard box of Penguin books outside an English bookshop near Notre Dame he was inspired to create reproductions of the classic covers. Their beaten-up, damp-smelling dust jackets reminded him of his childhood and the weather in Northern England.

Miller’s use of language comes from no one particular source but often fits into the form in which language appears, such as the small or personal advert sections of newspapers, for example, Incurable Romantic Seeks Dirty Filthy Whore. Many of his works hover between hope and disappointment, such as You Can Rely on Me: I’ll Always Let You Down.

The artist has just painted the book cover for Lily Cole’s new book Who Cares Wins that will be released by Penguin Books and that coincides with the very piece by the artist that has the same title. 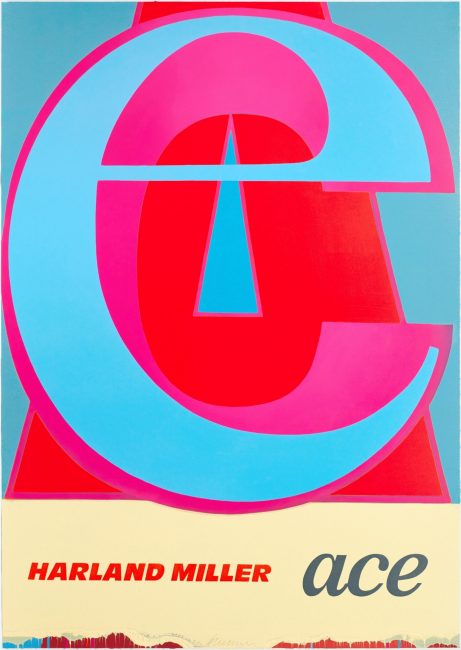 After finishing school, Miller enrolled in a number of A-Level courses in order to qualify for study at York School of Art. One of these was the History of Lettering, through which he discovered the allure of highly decorative, illuminated medieval manuscripts. Unlike previous works which focus on the idea of ‘the title’, these paintings feature single short words or acronyms made up of only two, three or four letters. The letters appear overlaid on the canvas in a format inspired by the illuminated text of medieval manuscripts, a form to which Miller brings a Pop Art sensibility. Combining and celebrating both the sacred and every day, these works feature words such as ‘Up’, ‘Ace’ or ‘Luv’, conveying Miller’s ability to uncover and conjure moments of humanity in popular language.