Ed Ruscha is known for his work combining text with classic American imagery. The words waver between mundane phrases to more philosophical quotes. Environment and the surrounding culture heavily influence Ruscha’s work. Often his pieces reference Los Angeles, where he currently lives, or the Oklahoma countryside he grew up in. By contrasting scenes of nature with bold depictions of text, Ruscha captures a unique duality between context and visuals. 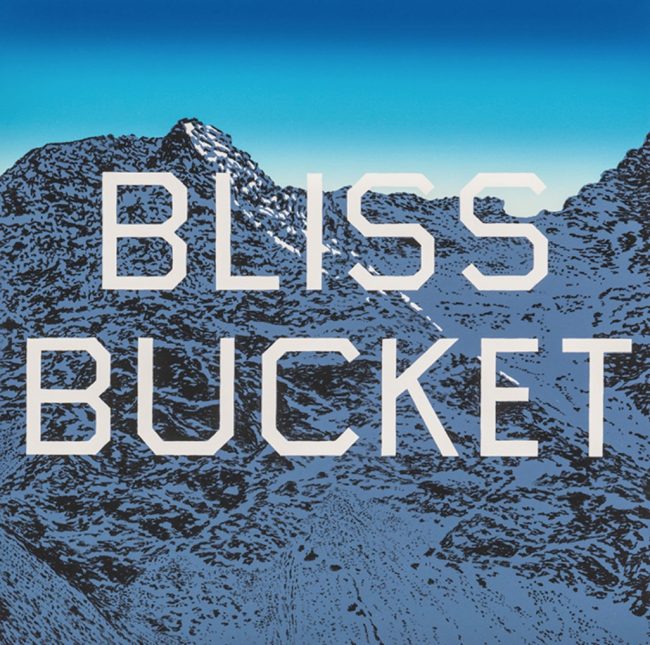 Ruscha often paints in solid uppercase letters – a font named “Boy Scout Utility Modern” by the artist himself. The text is sans-serif, but relies on squared corners and parallel edges to give it a sense of formality. The font is originally based on the Hollywood Sign which Ruscha could see from his house. In this style, he found a way to blend the charm of hand stenciling with the impact of grandiose advertising. 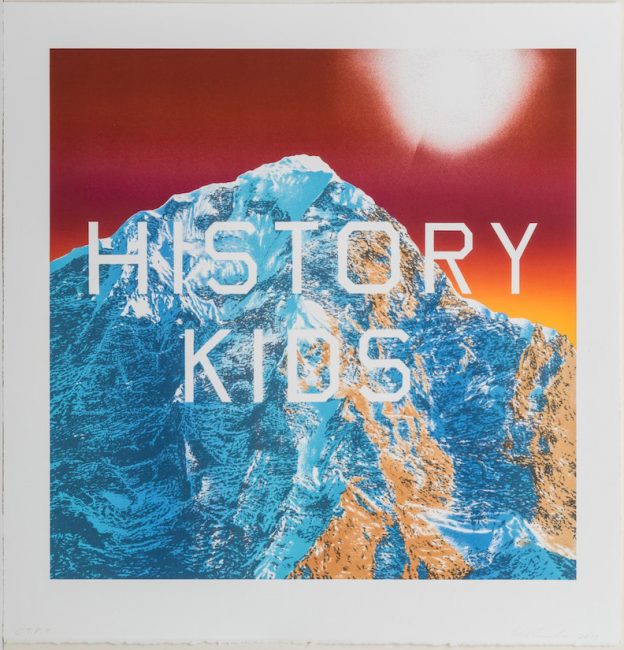 Ruscha’s Mountain Pictures feature a gradient sky which provides a time of day and general tone to the scene. He positions the words at the forefront, painting the background as a bold identifier. While his rendering of the mountains are detailed, the flat panes of color almost resemble a paint-by-number. All together, Ruscha gives the illusion of a mountain while still holding onto the graphic nature of his text. 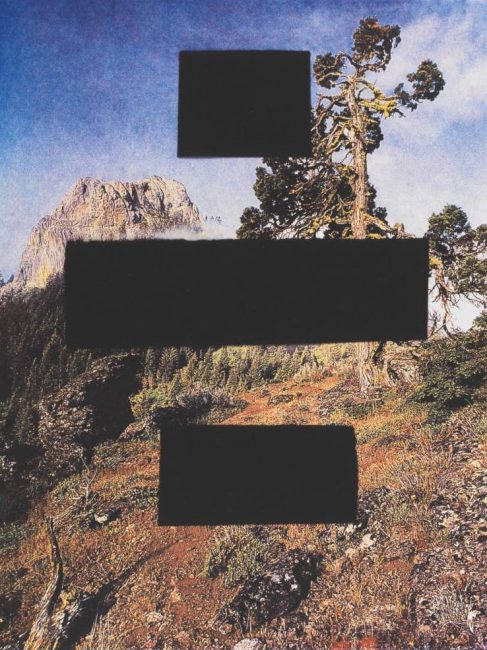 Many of Ruscha’s pieces aim at tension or disorder between elements. In pieces like It’s Payback Time and Noose Around Your Neck, the graphic element only references text. Ruscha adds bold boxes of black to where the title is expected to be placed. The words seem as though they had been plucked from an old cowboy western. Ruscha pairs the phrase with a rugged desert background, substituting an actual photograph for a hand-painted background. The artist once again proves himself an optical genius who can skillfully blend visual and verbal means of communication.