The 1950s and 1960s saw a thriving culture of celebrity-worship across the United States, in part due to the expansion and evolution of Television and consumer culture. Pop Artists and the Pop Art Movement captured this obsession with fame and stardom and began depicting cultural icons such as actors and musicians as well as political figures. Famously, Artists such as Andy Warhol seized this fascination with fame and celebrity and used his art to depict cultural icons.  Celebrity Culture, now more than ever, pervades our society. Acclaimed Street Artist Mr. Brainwash aka Thierry Guetta, provides social commentary whilst exploring the relationship between Pop art and graffiti. Combining Pop Imagery and Graffiti with contemporary cultural icons, Mr. Brainwash uses his art as a way to re-appropriate pop culture, history, and art history, claiming that “art has no rules”. 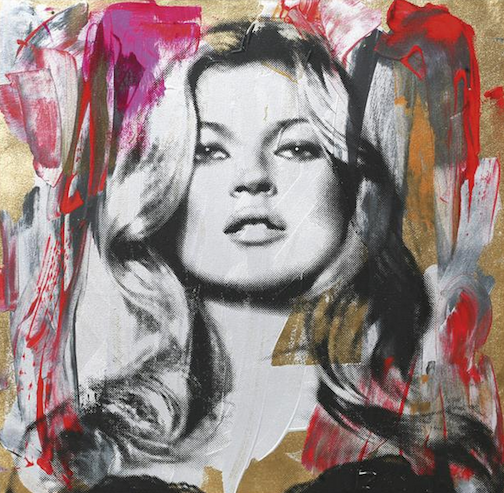 The Pop Art Movement recycled, refashioned and juxtaposed everyday images into their work in order to critique and comment on the craze of consumer culture in contemporary America. Following in the footsteps of Pop Artist Andy Warhol, Mr. Brainwash also portrays iconic figures and looks to art, popular culture, and entertainment for the subject of his works.  Mr. Brainwash re-appropriates iconic imagery through colorful and playful ways. He claims, however, that “It’s not just celebrities, it’s people.”, arguing that when he depicts celebrities “it’s about people, people who had a dream and let it happen …When you see those iconic people, you realize they are all just people, just like you and me. They become iconic [because] of what they do.” 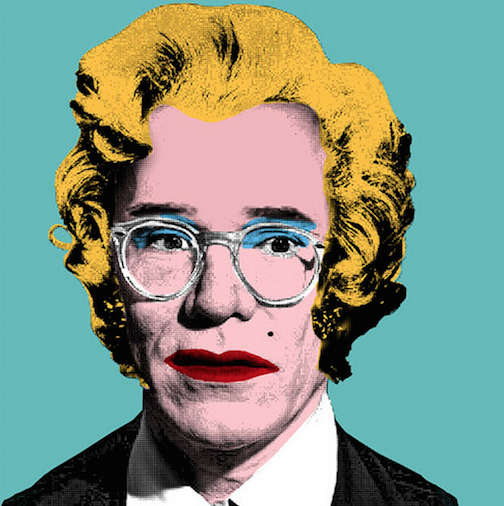 Mr. Brainwash’s work is dynamic, vibrant, eye-catching, and often ‘statement-making His collection of paintings and prints of icons include portraits of Kate Moss, John Lennon, David Bowie, and even Artist Andy Warhol himself among many others.  By 2009, Mr. Brainwash had achieved recognition for his work, and was approached by Musician Madonna to design the cover of her album ‘Celebration’ and later in 2011, he worked on the campaign launch for the Red Hot Chilli Peppers.  “What I want to bring to people is something that people can smile at and something that can be funny. It’s not playing jokes or being funny, it’s to be real and to do whatever you want. There are no rules in life, nobody can tell you the rules. You live your life and you’re trying to be the best at it and you’re trying to follow your dream and nobody’s going to stop it.” – Mr. Brainwash 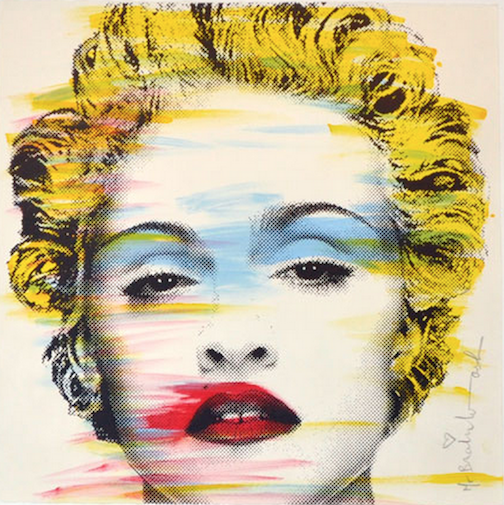