World-renowned photographer David Lachapelle began his career in a modest loft space turned gallery during the height of the AIDS epidemic. His photographs aimed to capture the ‘unphotographable’ – the soul and eternity of those struggling with AIDS. His career in fine arts took a pause once he dived into the commercial photography world successfully. 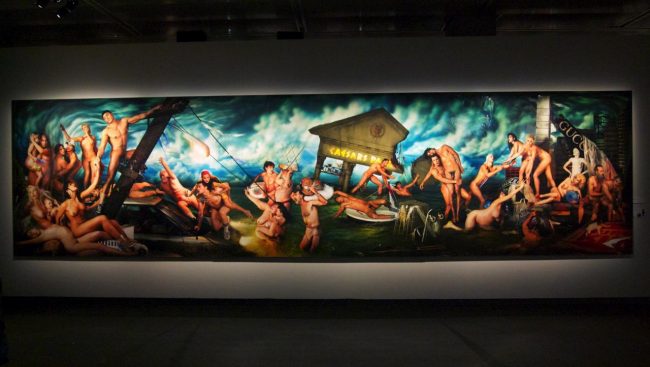 For decades, LaChapelle worked with Interview Magazine, Vanity Fair, Italian Vogue, and Rolling Stone. He explained his shift in career and style saying, “Hardly anyone collected color photography at the time and that’s what I was making, saturated color prints. I realized that I might be burning a bridge with the galleries by working for magazines, but it’s been said, “sometimes you get the best light from a burning bridge.” I had 20 to 25 years to grow up. I wasn’t ready for all that the art world entails. I needed that time to mature. I did the work that I was supposed to do.” 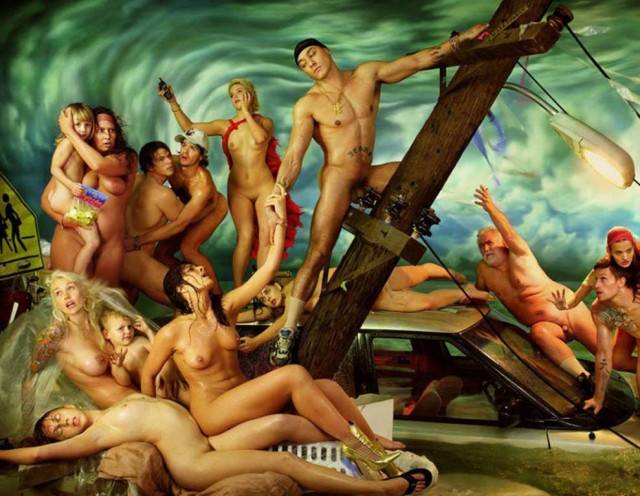 After some time and many successful photo shoots with famous people including Kanye West, Lady Gaga, and Hillary Clinton, LaChapelle finally felt ready to return to his artist roots and created his Deluge collection. This spontaneous switch in fields during the prime of his success caused many to question his choice. He said, “I just quit. Everyone said, ‘You’re crazy,’ but you have to follow your heart.” And exactly that he did.

In his collection, Deluge,  from 2007, he explored the concept of great disruption. LaChapelle shares how great disruptions can feel like the end of the world- yet, the world still goes on. The artwork Deluge was inspired by a ceiling fresco by Michelangelo in the Sistine Chapel. 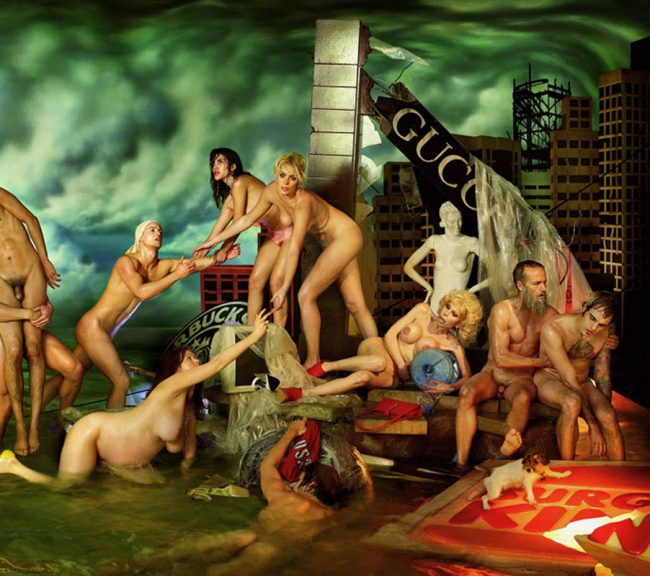 David LaChapelle takes the classical styles of Michelangelo and combines it with tragedy and pop culture references. In the midst of the chaos and floodwater rise everyone is still helping one another. The message of togetherness is undeniable within the somber tone of the painting.

LaChapelle successfully took his career full circle, diving back into the reason he initially fell so in love with photography.