David Hockney has always been fascinated by technology and its overlap with art which is why when he purchased his first iPad in the early 2000s he downloaded the Brushes tool immediately and started using the device as a sketchpad of sorts. He began by completing quick sketches of floral bouquets that he would text to his friends but as the new medium became more and more appealing to him he developed the works into multiple series. 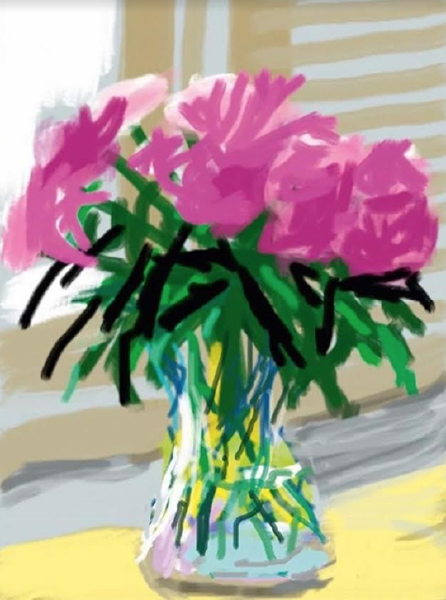 The Yosemite series he completed in 2011 are a great example of his mastery of the technique. In the set of 29 digital drawings Hockney is able to reproduce the vastness of the Yosemite park and capture its lushness. He also approaches the question of what makes a landscape interesting? Hockney talks about his interest in spaces, colors and the subtle change of the seasons. He finds it interesting to revisit the same place as it changes through the seasons, which is very different depending on where in the world you are. 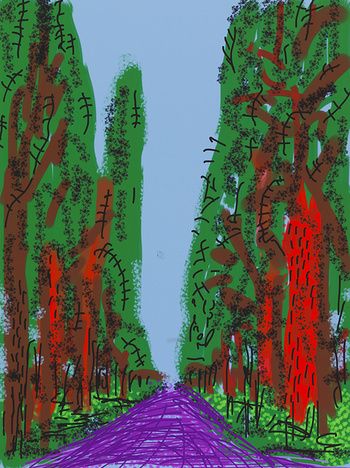 His long time fascination with the West Coast and Yosemite is evident in his California cool Pool paintings in the 1960s and ‘70s. While his subject matters and mediums have evolved over the years the one thing that remains constant is the bright, saturated color palette through which he manages to convey countless emotions to the audience. 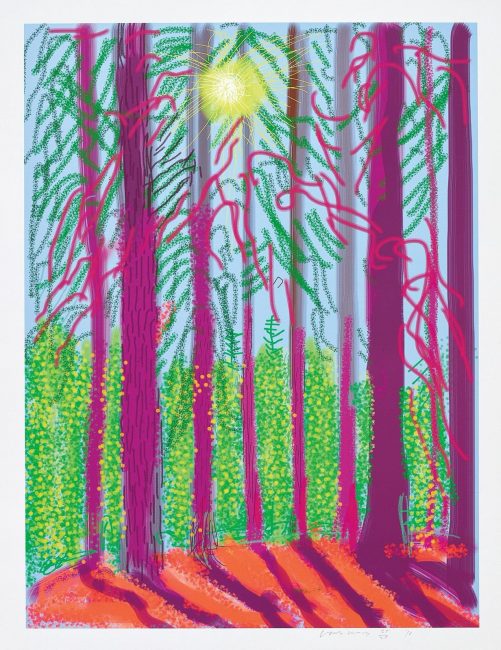 The artist superbly depicts everyday objects and produces colorful, striking and patterned images. Interestingly so, it seems that all of these works reveal Hockney’s performative approach since they are produced in a gestural manner of capturing the everyday activity of self-observation and self-articulation on a tool that is used everyday by everyone. 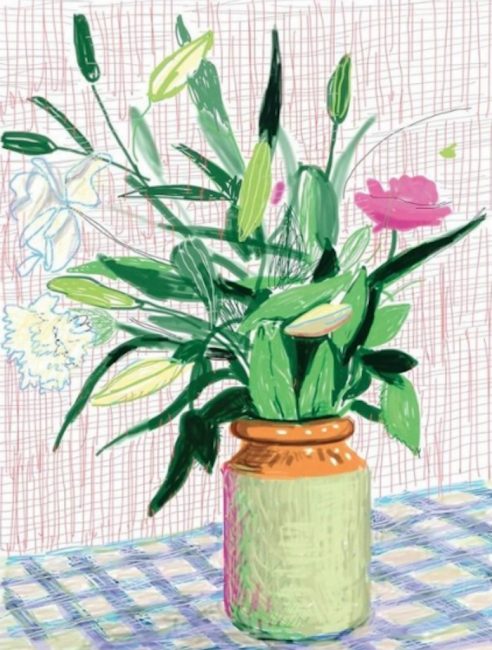 In explaining why he has decided to pursue this digital medium to make his ‘paintings’ he explains that the software Brushes frees the artist from the constraints of time and supplies. The iPad’s backlight lets you paint at any time of day, the app’s color wheel provides every pigment, and its very nature renders set-up and clean-up obsolete.