Putting a spin on the classics is what Dan Alva does best. After spending his childhood working alongside his father in the family garage, he largely credits his attention to details, and care for the smaller pieces of a large whole, to him. 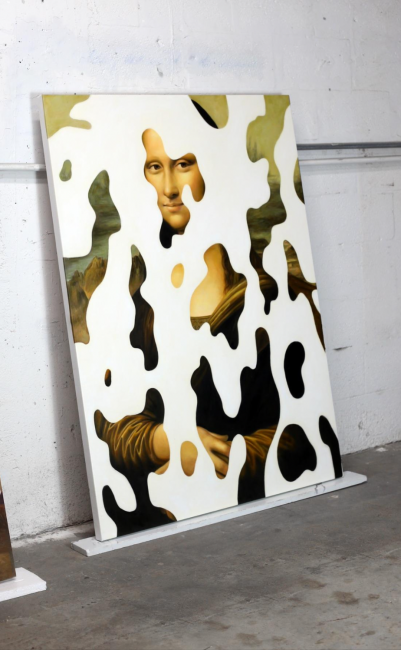 “I’ve been around art, in one way or another, since childhood. From working in the garage with my old man to picking up my first film camera, I’ve always created something. The garage was my bootcamp to what is now my studio practice. I can build and repair almost anything – but I don’t mess with electricity.”

Based in Miami, Alva takes the classics and reinvents them for a modern-day audience. He re-masters the masters and creates undoubtedly alluring work. His bold and unapologetic pieces are incredibly intricate, as he combines his figurative visual language with bursts of camouflage, stripes, and other patterns. 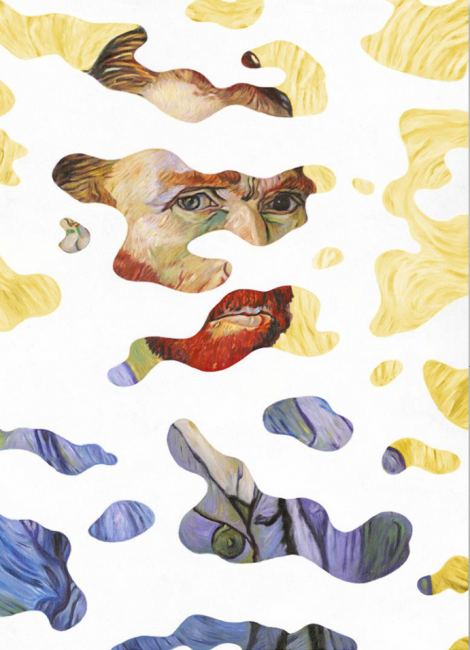 “The Outsourced Series is a modern reinterpretation of old master paintings using original oil paint and methods. The series has become my very own MFA in Art History. Aside from the painting itself, my favorite part has been these forced collaborations between dead masters that never would have happened back in those days. For example, Sleeping with the Fishes has Da Vinci, Rembrandt and Van Gogh all in one.”

Coming from a background of Spanish contemporary artists, and a career in marketing and advertising, Alva has fine-tuned his ability to cut and paste, so to speak, a plethora of imagery into meticulously crafted paintings with precise strokes and clean lines. 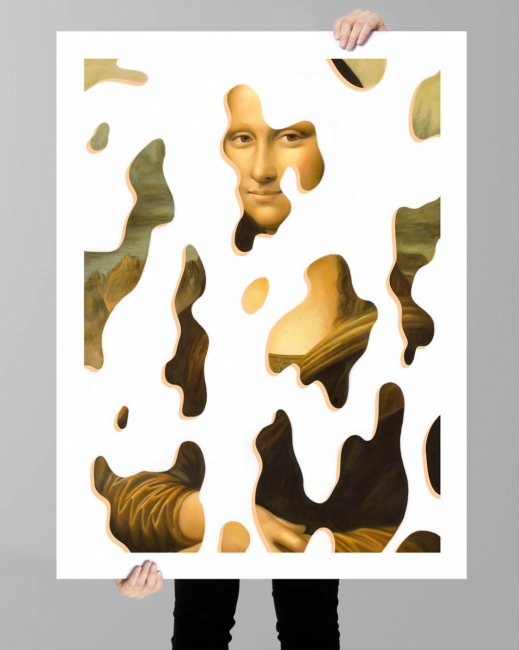 “My process in the studio is similar to any ad campaign I have ever worked on. Before even starting a series, I concept, sketch, create mockups, research the history, create, test and even think about how the works will be photographed. I need to visualize every step of the process before actually starting the process.”