Walt Disney created Mickey Mouse in 1928 as the official mascot of The Walt Disney Company and quickly become an iconic image in popular culture. From Roy Lichtenstein in 1960 and Andy Warhol in 1981, Mickey’s celebrated status and universal appeal has inspired many artists to paint the beloved character during their careers. British artist Damien Hirst has followed suit and draws inspiration from this colorful cartoon. 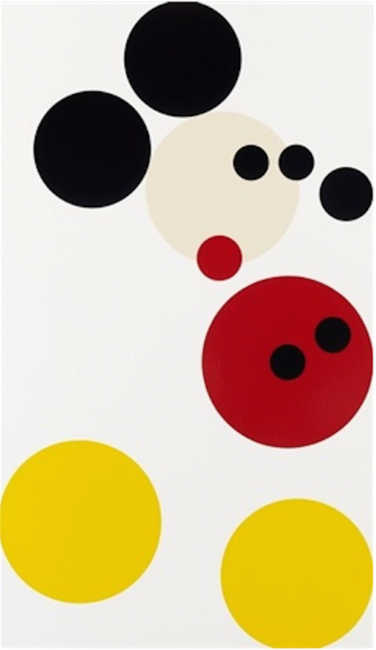 Hirst was invited by Disney to create a unique piece of art that combines the fun and energy of Mickey Mouse with his own style. The artist took inspiration from Mickey’s round shapes and created Mickey, household gloss on canvas,” in 2012.

“Mickey Mouse represents happiness and the joy of being a kid and I have reduced his shape down to the basic elements of a few simple spots. I hope people love it, because it is still instantly recognizable – Mickey Mouse is such a universal and powerful icon.”- Damien Hirst. 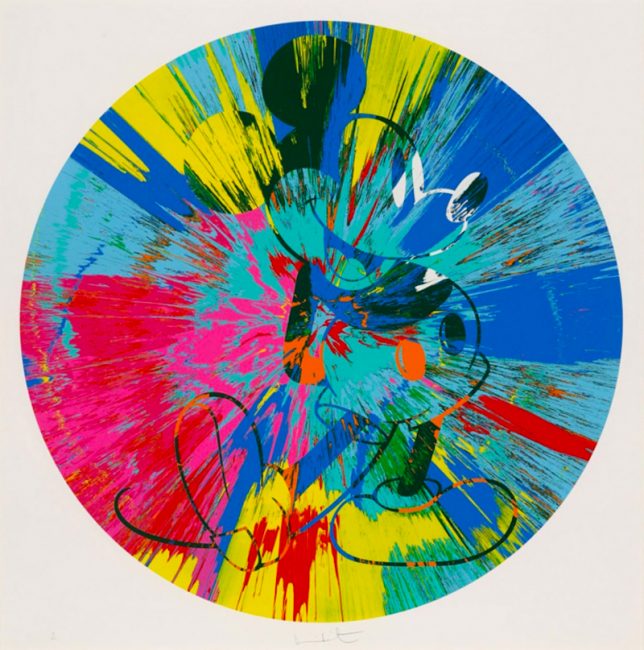 “Damien Hirst’s Mickey painting is a great example of a modern, innovative and creative interpretation of the world’s most famous mouse whose never-ending appeal spans across generations of audiences.”- Carlotta Saltini, the Vice President at Walt Disney. 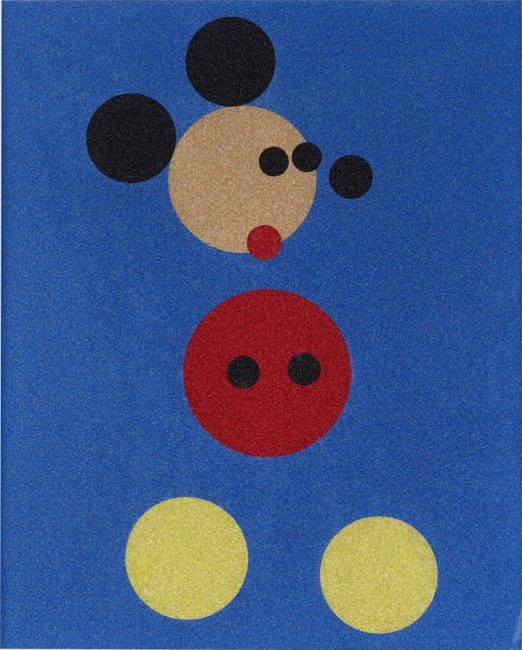 The painting was auctioned at Christie’s, London, on 13 February 2014 in aid of Kids Company, a charity Hirst has long supported, raising almost 1 million British pounds. The works popularity lead the way for the release of a limited printed edition silkscreen later in the year.

Hirst did not stop there. The famed artist continued to interpret Disney’s character in 2015 by playfully reimagining Mickey within one of his iconic spin screens prints, titled Beautiful Mickey. 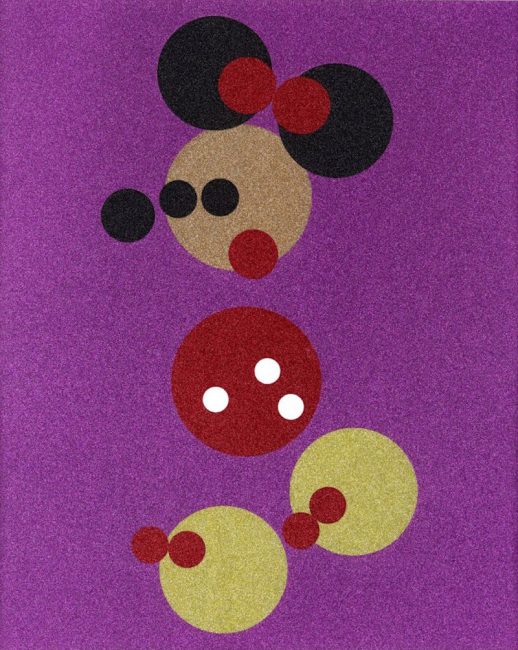