Christian Hiadzi is a London-based artist gaining recognition for his obscure portraiture. Originally born in Ghana, the artist has been painting since the age of 8. He went on to receive a Bachelor’s and Master’s degree in Architecture. Hiadzi is a creative thinker who believes the two practices inform each other. His work relies heavily on emotion and through abstraction, he is able to capture a deeper reflection of the human soul. 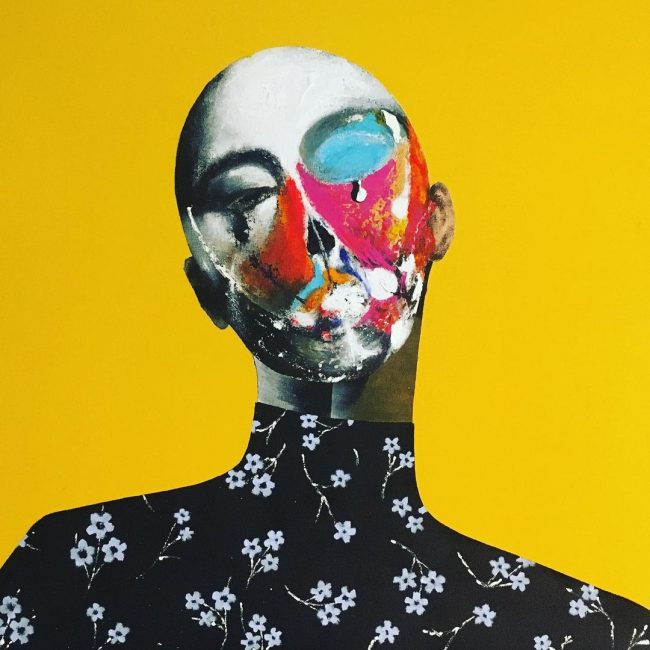 All About Me by Christian Hiadzi

Hiadzi explains, “Each of my paintings begins as an idea; this could be a person I know or may have interacted with, a found image, or it could also just be an imaginary person in my subconscious mind.” While there are recognizable figures in Hiadzi’s portfolio, most notably the former US president in “Untitled” or a clown in “Pursuit of Extreme Decadence _04,” the artist imposes his own mark on the subject. Their face is filled in with bold patches of color, which he achieves mainly through the use of a palette knife and deductive painting. Hiadzi allows the viewer to see these familiar features in a new dimension. He describes, “The mix of figurative and abstraction ways I paint the human face is a window to what lies beyond the surface. An attempt to connect with the soul.” Hiadzi’s work truly reflects the range of emotions one may feel when looking into the human face. 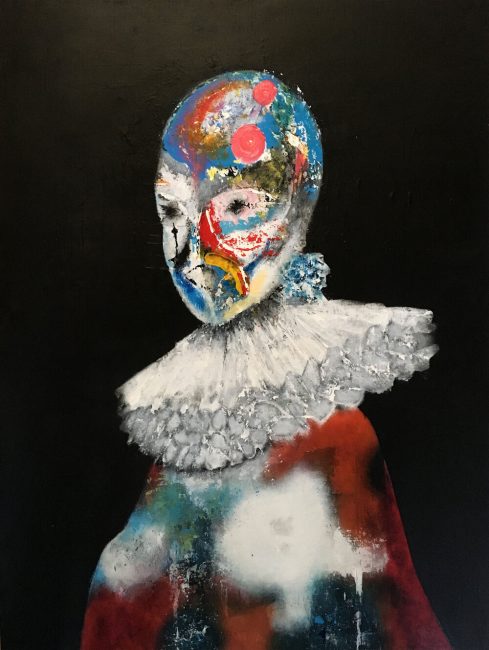 Hiadzi describes his creative process as being heavily influenced by emotions. He says, “I can’t stress enough the role of emotion in my work…It is the driving force that binds and delivers the magic in the work, and what keeps me going as an artist.” His portraits strike the audience’s imagination and allow them to develop a deeper sense of who the subject may be. While occasionally unsettling, viewing one of Hiadzi’s pieces passively is nearly impossible. By painting with his own emotions, he encourages others to confront their own. 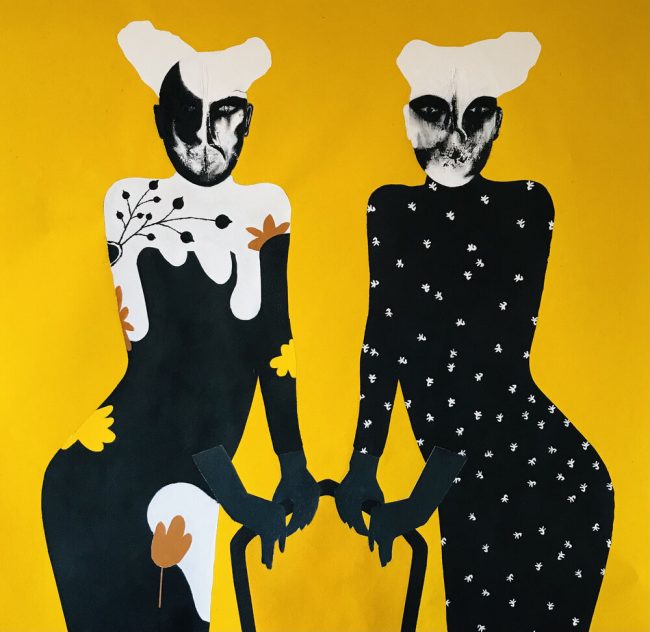