Banksy created a number of different signs for the 2003 London protest against the Iraq War but few originals have survived because they were either discarded in the street or confiscated by the Metropolitan Police.

There is no way to tell but there were very few ever made for the protests to begin with. The Studio gave out the Cardboards to friends of the artist who were going on the Anti War March in 2003 to create a viral presence on the march. The Bomb Hugger girl was carried by Gary Stevens on the anti war demonstration, and the other two examples, Happy Chopper and the Grin Reaper by friends of Banksy. They came back to the studio afterwards. 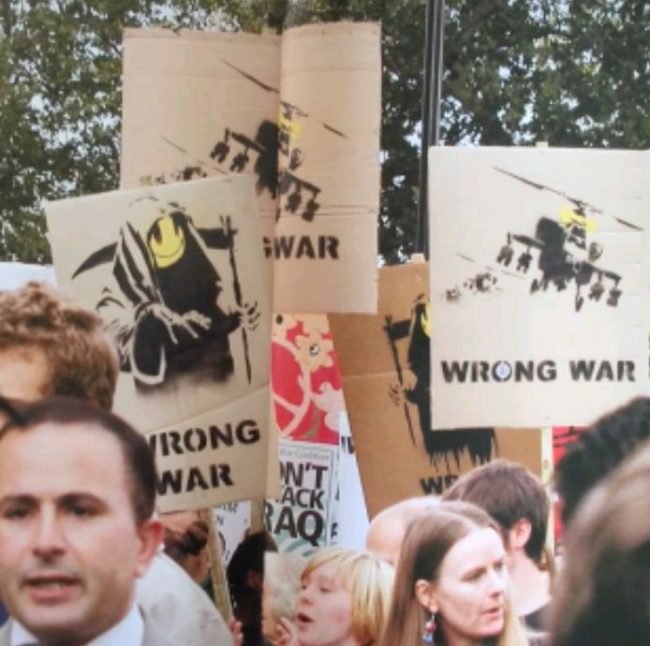 Pest Control, which is responsible for authenticating works by Banksy, does not issue a certificate of authentication for work deemed as “street-art”. The set of three cardboards featuring ​Bomb Hugger, Happy Chopper (Yellow)​ and ​Grin Reaper ​is accompanied by a written communication from Pest Control where we can see that they are coming from the studio of the artist. ​It is one of those rare occasions when you can genuinely call a picture iconic, the fact that this image is on a rather fragile piece of cardboard just adds to it. 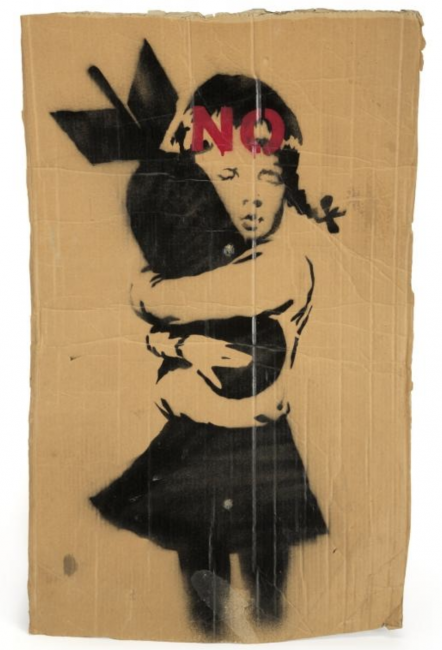 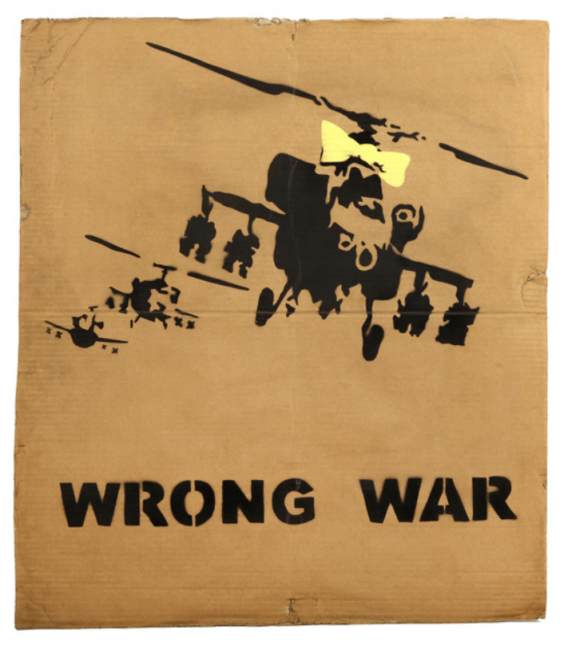 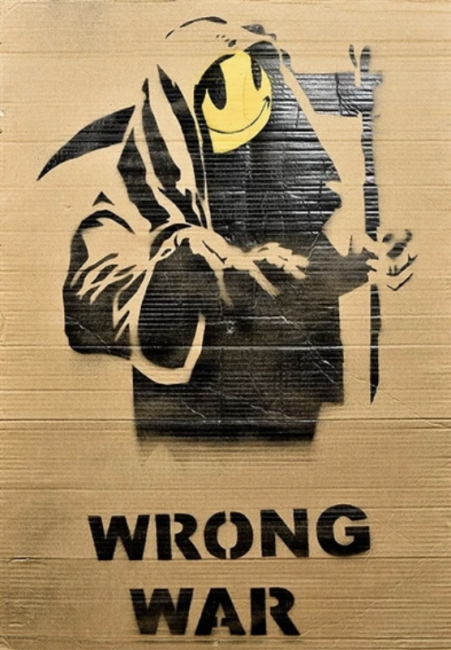 Banksy began his career as a graffiti artist in Bristol but has since gained global notoriety for his unique, stencilled artwork on public walls and facades. ​Although his work has transcended from the street it hasn’t lost its edge – his images are powerful and memorable – his work manages to do what all great artwork should – he makes us think.

Banksy creates street art with an irreverent wit and an international reputation that precedes his anonymous identity. “TV has made going to the theatre seem pointless, photography has pretty much killed painting,” he says, “but graffiti has remained gloriously unspoilt by progress.” Banksy has gained his notoriety through a range of urban interventions, from modifying street signs and printing his own currency to illegally hanging his own works in institutions such as the Louvre and the Museum of Modern Art. Most often using spray paint and stencils, Banksy has crafted a signature, immediately identifiable graphic style—and a recurring cast of cops,

soldiers, children, and celebrities—through which he critically examines contemporary issues of consumerism, political authority, terrorism, and the status of art and its display.