In 2004, Banksy printed £1 million worth of fake £10 notes. The portrait of Queen Elizabeth II that usually adorns the bill was replaced with one of the late Princess Diana. The bills were used in multiple publicity stunts before entering the art market. The fake currency was dropped in a suitcase on the London Tube. Banksy then went to the Notting Hill Carnival and Reading Festival and handed them out to the crowd. According to Banksy, people failed to notice the bills were counterfeit and began spending them on beers. Later that year, an unknown number of Tenners were also released at the exhibition preview of Santa’s Ghetto, held at Lazarides Gallery in London. The Tenner’s hold a special place in art history as being the first Banksy piece entered in the British Museum private collection. 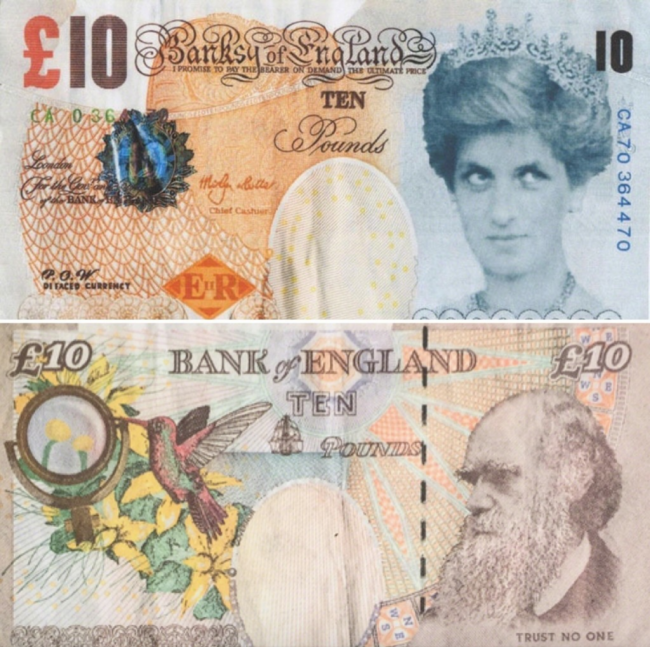 Issued by the “Banksy of England” the bills are officially titled Di-faced Tenner as a play on the word “defaced.” The verso shows the standard portrait of Darwin, but reads “trust no one” in the corner typically saved for his signature. 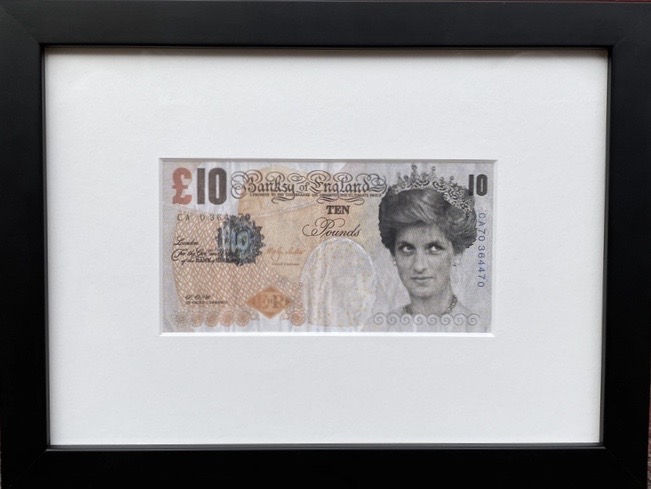 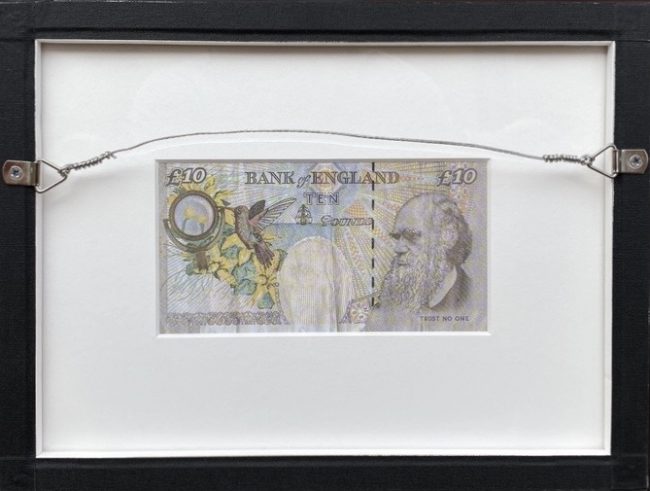 Di-faced Tenner by Banksy (Back)

At Guy Hepner, we are excited to have these available for purchase starting on October 1, 2020, from $2,250. The pieces are unframed, and can be framed upon request.