In Stop and Search by Banksy, an officer stops Dorothy on her way home for an impromptu inspection 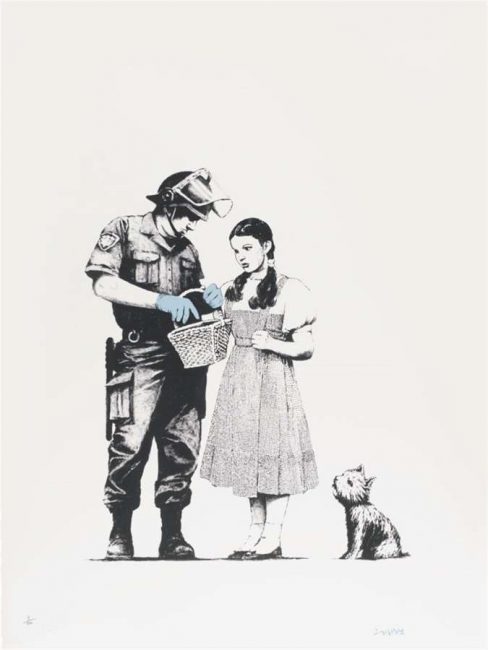 An officer in uniform appears to be conducting a search through Dorothy’s basket and appears to have found something. Toto, her loyal companion, looks up in confusion. The image is done in Banksy’s typical black stenciling, however he adds a pop of blue with the officer’s latex gloves. Banksy chose Dorothy to be stopped for inspection for a specific reason. In the story of The Wizard of Oz, all her character is trying to do is get home. Played by Judy Garland in the 1939 film, Dorothy is known for her wholesome nature and naivety. Her catchphrase, “There’s no place like home.” only furthers her childlike innocence. 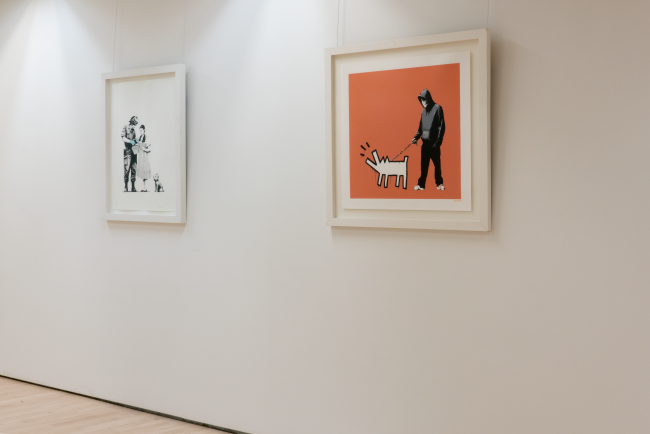