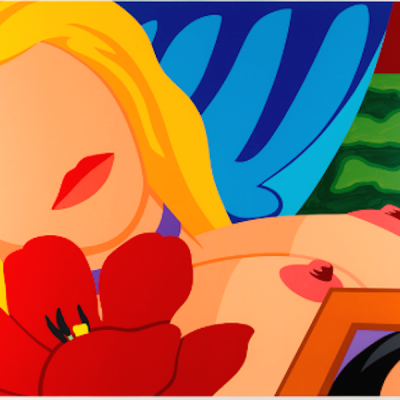 Tom Wesselmann (1931-2004) was one of the leading American Pop artists of the 1960s, along with Andy Warhol and Roy Lichtenstein. Veering away from abstract expressionism, Wesselmann experimented with classical representations of the nude, still life and landscape, while integrating everyday objects and advertising ephemera into his works. Born in Ohio, Wesselmann was drafted to the US Army in 1952, two years into the Korean War. While overseas, he began to craft cartoons and learned Aerial photography interpretation.  Upon his return to the United States, he earned a Psychology degree from the University of Cincinnati, and then enrolled at the Art Academy of Cincinnati, and later Cooper Union of New York City. At Cooper Union, Wesselmann met Claire Selley, who would later become his wife and lifelong muse. Wesselmann’s early drawings of Selley took the form of collages that incorporated sketches, scraps of wallpaper and found advertisements. Similarly, his early assemblage paintings, which include objects and gadgets, introduce shifting images that advance and retreat contingent upon the viewer’s relative position. Living in Brooklyn, Wesselmann supported himself in his early career by selling cartoons to the Saturday Evening Post, “gag” magazines, and advertising agencies. In the late 1950s, he co-founded the Judson Gallery in the West Village with Marc Ratliff and Jim Dine. He once described the mission of his art as to “make figurative art as exciting as abstract art”.In the 1960s, Wesselmann started to make art that connected everyday objects with historical portraiture, repeatedly focusing on a reclining female nude, for example, his acclaimed series named “Great American Nude”. For this body of work, Wesselman drew from Americana and media culture, to produce large paintings in flat, striking colors. Like Dine, he was associated with the Pop Art movement but disagreed with being labeled as such. This series first brought him to the attention of the art world. His palette for these works consisted of red, white, and blue paint, correlating with American Patriotism and Pop culture. The series occasionally incorporated representational images of appropriate patriotic themes, for instance, American Landscape photos and portraits of founding fathers. These pictures were often collaged from magazines and unwanted posters. In the 1980s, he created close up views of the female nude, creating a series named “Bedroom Paintings” which generally concentrated on a single part of the body, juxtaposed with everyday objects.  From the late-1960s to the early-1980s, Wesselmann worked on his “Standing Still Life” series, consisting of multiple canvases shaped according to the outline of the object that they depict. After this series, he continued to make Sculpture work in addition to more experimentation with abstract painting. In the new millennium, he returned to the nude figure, but this time in a more abstract sense, though continuing his use of bold and bright color palette.

Through the following decades, the artist honed his idiosyncratic style while continuing to live in New York, NY until his death on December 17, 2004. Today, the artist’s works are in the collections of the Art Institute of Chicago, The Museum of Modern Art in New York, the Tate Gallery in London, and the National Gallery of Art in Washington, D.C., among others. 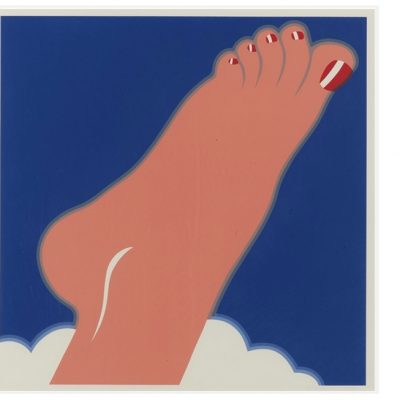 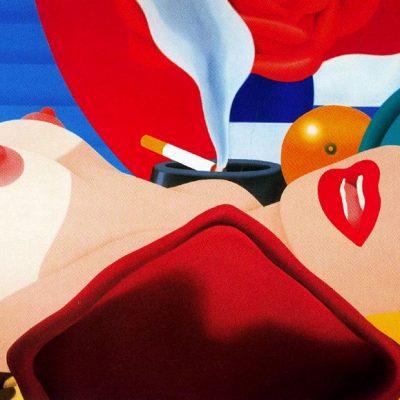