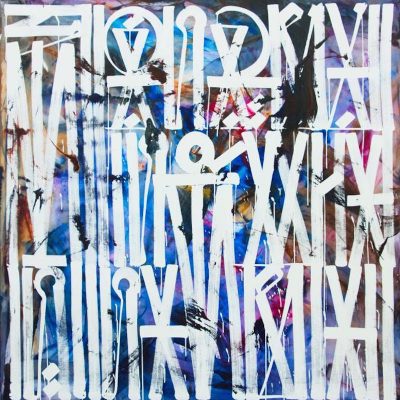 Retna (aka Marquis Lewis) is an American graffiti artist who was born in Los Angeles, California in 1979. Since first creating a name for himself in the early 1990s, Retna has become an “eternal broadcaster” of sorts, shining a light to the kinetic urban soul of Los Angeles.

The name RETNA itself evokes the timeless power, movement and visual vibrancy behind the artist’s acclaimed work. His work merges photography with graffiti style and paint, time with color, couture with street culture, the spiritual with the sensual, and fluidity with grit. Whether his paintings hang in a gallery or wall on the streets of Los Angeles, they serve as a retina through which we view the urban journal of contemporary art.

At an early age, Retna was introduced to L.A.’s mural culture. While still in high school, he led one of the largest and most innovative graffiti art collectives the city has witnessed. He is perhaps best known for appropriating fashion advertisements and amplifying them with his unique layering, intricate line work, text-based style and incandescent color palette reflecting an eclectic artistic tradition. 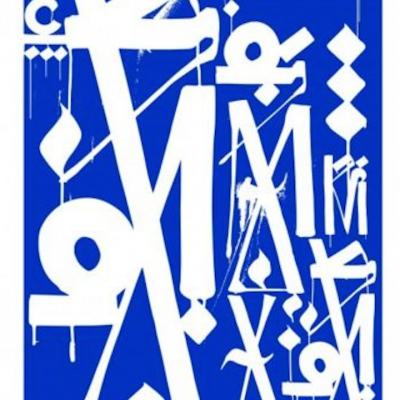