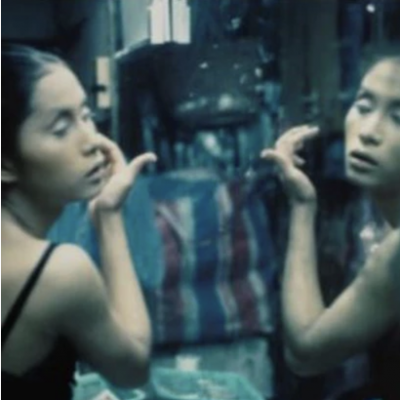 Arguably the most influential photographer of intimate life, Contemporary visual artist Nan Goldin (1953), became known in the 1980s for her gritty and raw depictions of her peers, lovers and herself. Born on September 12, 1953, in Washington, D.C, Goldin was influenced and inspired by the fashion photography of Helmut Newton and the portraits of Diane Arbus.  Goldin changed the nature of documentary photography, turning her attention to the photography of everyday people, parties and seemingly private moments. Her photographs act as a visual autobiography for her life as well as her peers who were part of the LGBTQ community and the drug-hooked subculture. “My desire is to preserve the sense of people’s lives, to endow them with the strength and beauty I see in them. I want the people in my pictures to stare back,” explained Goldin.

In 1996, she published her book “Nan Goldin: I’ll Be Your Mirror” where she displayed photographs of herself and her friends at their most vulnerable. Her most famous body of work ‘The Ballad of Sexual Dependency”(1980–1986) evolved into a forty-five-minute slideshow presentation of more than 700 of her photographs, followed with a musical soundtrack, and published as an award-winning book. “For me, it is not a detachment to take a picture. It’s a way of touching somebody—it’s a caress,” stated Goldin. “I think that you can actually give people access to their own soul.”

Although Goldin is mostly known for her gritty snapshot style,  her portraits and self-portraits display beautiful composition and technique, as well as being thoughtfully posed. Famously, Goldin displayed her own beaten face gazing into the camera, depicting her life, in all its shades. Her photographs provide important challenges to traditional power relations.

Goldin has been crucial in helping the public accept that the universal experiences and emotions of love, violence, and death are common between us all.  Goldin’s work has been the subject of major touring retrospectives, organized in 1996 by the Whitney Museum of American Art, and in 2001, by the Centre Pompidou, Paris.  Goldin was admitted to the French Legion of Honor in 2006, received the Hasselblad Foundation International Award in 2007, and was presented the Lucie Award in 2014 for Outstanding Achievement in Portraiture. She lives and works in Paris, Berlin, and New York. 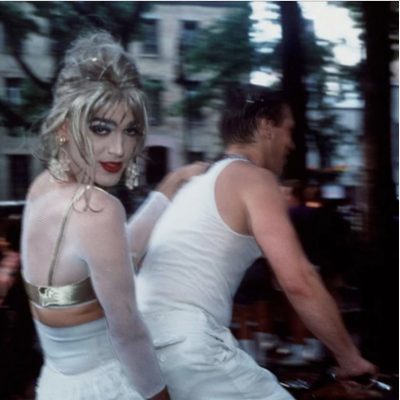