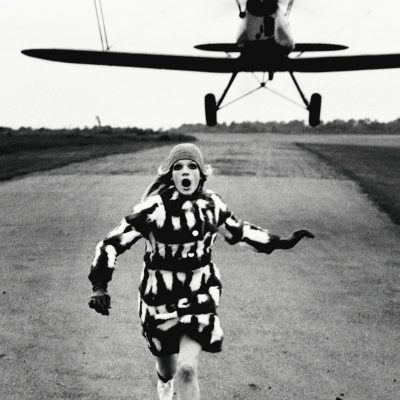 Helmut Newton was born Helmut Neustaedter, in Berlin, Germany in 1920. His early studies were at the American School in Berlin; however by 1936, as his fascination with photography began and his disinterest in school waned, he left school and started an apprenticeship with then renowned photographer Elsie Simon, known as Yva. Celebrated for her elegant fashion, theatre and nude photographs, Yva inspired Newton throughout his career.

In 1948, Newton married actress June Brunell, a fellow photographer who later would photograph Newton and work with him on his books. Brunell remained his partner for more than 55 years until his death. During this time, he changed his name to Newton, and opened a small photo studio in Melbourne. He was hired by Australian Vogue in the 1950s; by British Vogue in 1957-1958, and by French Vogue in 1961; a magazine that he stamped with his trademark images for a quarter century. Throughout the years, Newton contributed to magazines such as Playboy, Queen, Nova,Marie-Claire, Elle and the American, Italian, and German editions of Vogue.

After a nearly fatal heart attack in 1971, and with the encouragement of his wife, he began to photograph overtly sexual images. The cool statuesque, and sexually practiced women in Newton’s fashion and personal photographs were his most controversial creation. His photographs featured vignettes he staged, often of fraught moments heavy with overtones of voyeurism, fetishism, lesbianism, and sado-masochism, his women outraged some feminist viewers and satisfied others. His dramas stopped short of pornography, and most took place in European jet-set retreats. His black-and-white photographs combine the feel of 1930s noir photojournalism with aspects of New Wave films, reflecting his directorial mastery. Over the years, Newton’s work centred primarily on fashion, nudes, and portraits, with the three categories often mixing.

Over the next twenty-five years he worked steadily and productively, publishing a series of books and creating countless exhibitions. Newton was highly sought after until the end of his life. He died of injuries from a car accident at the Chateau Marmont in Hollywood, California in 2004. Shortly before his death he had established the Helmut Newton Foundation in Berlin, Germany, and donated approximately one thousand of his works to his native city. 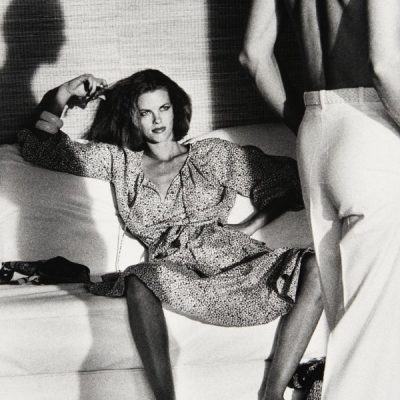 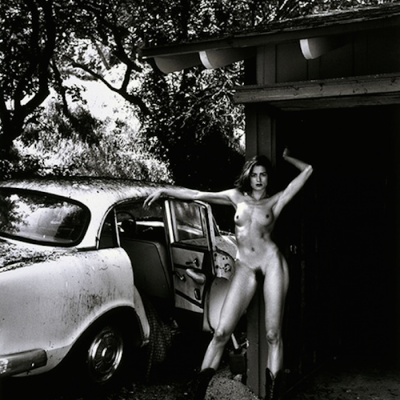